21
Just friends
posted by maverickangel35
“Hugh! Wait up!” Hugh Laurie paused in the middle of taking off his motorcycle casco and looked to see where the voice was coming from. Lisa Edelstein had just gotten out of her car and was striding toward him, a brilliant smile on her face. “Where’ve tu been?”
“…home…” he said, raising an eyebrow. “For the last week o so. Scripts and lines and meetings and trying to work on my book before my publisher comes after me to break my kneecaps…”
The two of them headed through the parking lot to the set for their first día back filming season 5 of House, splitting off toward their respective trailers for hair and makeup and last minuto script reviews. As Lisa headed up to her door she glanced back and saw Hugh still watching her from his own door.
“May I help you?” She called.
“Making sure tu didn’t lock your keys in… again!” He shouted back, making a face at her. Lisa rolled her eyes and opened the door, making a big mostrar of entering unassisted. “All right then!” And he entered his own. Lisa shook her head wryly and grabbed the pages for the day’s shooting. It really was good to be back…
~*~*~
Lisa wiggled herself down into Cuddy’s sofa, catching the remote the apoyar master tossed in her direction.
“God, I amor this couch…” she moaned, sinking deeper into it—unfortunately, right when the director started the scene and Hugh walked in.
“Comfy?”
“Cut!”
“Sorry!” The two of them dicho simultaneously, then cracked up.
“It’s official, we’re back!” Lisa called, and sat up straighter. “Ok ok I’m sorry, let’s go…”
“You had my cable disconnected!” Hugh thundered, storming in the door.
“Well, that’s quite a leap. Just because I happen to have a 31-person maintenance department, each of whom you’ve personally abused at some point—”
“Why? Did tu think I’m ok with letting someone die, but I’m gonna fold if I can’t watch celebrity bowling?”
“That…” Lisa half smiled, quirking an eyebrow at him. “Is not an unreasonable theory. Especially with only ten minutos ‘til your favorito! soap. Oh, gee… is this the remote from the doctor’s lounge?”
Hugh turned his head slightly, as if he was going to storm back out—then lunged for the remote Lisa was holding away from him and banged straight into the coffee table, falling half onto it, half onto the sofá siguiente to her. Lisa jumped slightly to the side, and dropped the remote, putting her hand out to catch him if he fell further.
“House!” She grabbed his arm, trying to help him up. Just then, Robert came in the door holding his beeper, got through the first syllable of his line, and realized he was looking at Hugh’s legs sticking out from on parte superior, arriba of the coffee mesa, tabla and his upper torso propped up on his elbows, making a face at Lisa as she reached for him.
“This is your 911?” Robert asked, wondering if they were still filming.
“It’s a hospital, damn it!” Hugh muttered. “You’re supposed to help cripples, not set booby traps for them…”
“Ok, ok, cut it…” Deran got up and came over to the set, helping Lisa pull Hugh off the couch. “I take it everyone had a nice relaxing vacation?”
“A little too relaxing if he’s still drunk,” Robert said, elbowing Hugh in the ribs. “Can’t even walk a straight line, buddy?”
“Maybe I could focus on the furniture if Lisa wasn’t wearing… that.” Hugh gestured to her chest with his cane and Lisa rolled her eyes.
“You know as well as I do that wardrobe takes care of that. And also,” she said, getting off the sofá to reposition the table, “you never complained before.”     Robert and Hugh both raised their right eyebrow and looked at each other, then turned and marched back out the door as Lisa burst out laughing. “I’m sorry, boys, I will try my best not to distract tu anymore!”
“That would be much appreciated,” Hugh said, sticking only his head back into the office. “Let’s try that again, shall we?”
“Action!” 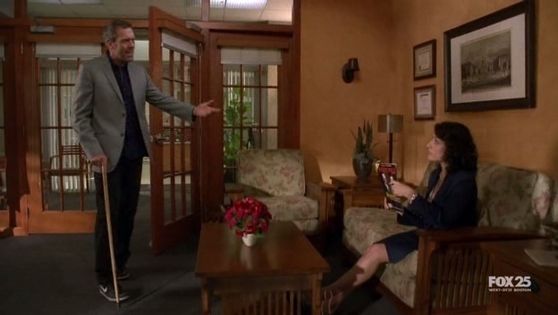 11
one of my tries for a possible banner :)
added by EnjoyHuddy
Source: meee 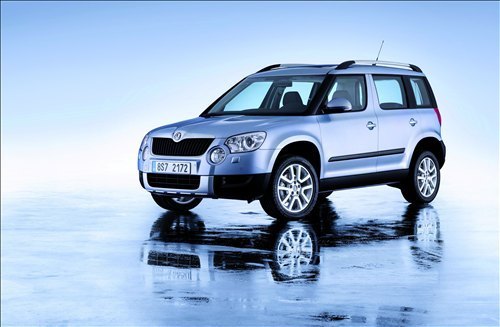 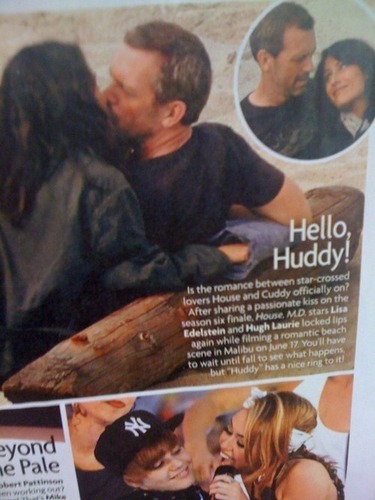 14
H&L / magazines
added by emma1850
Source: iwatchforcuddy
16
Just friends 48
posted by maverickangel35
~*~*~
Lisa looked in the mirror one last time and turned a bit this way and that. The dress shimmered magically around her and the heels Mindy had packed brought her legs into stunning relief. She had, of course, followed Mindy’s orders regarding her hair and pulled it back into a curly, messy ponytail that cascaded down the back of her head and did not in any way cover her smoky kohl-lined eyes. Leaning closer to the glass she ran a finger under her left eye to remove an invisible smudge and examined her lipstick.
Perfect.
Kapow...
continue reading...
12
Just friends 47
posted by maverickangel35
Quite a long while ago, on Just Friends...

The perros came galloping out of the cocina and ran full speed into the closet door, slamming it closed. Hugh let out a gasping laugh into Lisa’s ear as she jerked her head around to see what had happened.
“No offense to your dogs, Lis,” he dicho huskily, taking the opportunity to repay a favor that she had done him numerous times over the course of the season, “but tonight we are going to my place. Unless tu want to be interrupted again.”
The sudden jolt of heat that struck Lisa’s stomach and...
continue reading...
15
Just friends 43
posted by maverickangel35
Previously, on Just Friends...

Hugh would be at the party. Therefore she should absolutely not be at the party—but how could she get out of it? Not only was she worried that she would lose her mind and do something stupid…
He might bring Jo.
Nausea again—it was something of an old friend por this time. Just the idea of what she had been about to do…
It came to her in a flash. Two minutos later she was up in her room, digging through her bedroom drawer until she discovered the one thing that would feasibly get her out...
continue reading...
19
Just friends 38
posted by maverickangel35
Jo?!? Lisa’s jaw was slack, her eyes fixed on a point off in the distance, and she was quite certain that in a segundo the floor was going to rise up to meet her…
“Lisa! Lisa?”
Robert. God bless him, he always was there when she needed him… her defender, her pal, her—
Judas! Wasn’t he just on the phone with—
“Geez, tu are completely—Hugh—”
That snapped her out of it.
Before he could finish calling for assistance,...
continue reading...
22
Just friends 29
posted by maverickangel35
~*~*~
A very faint light began to gleam through the tiny windows at the parte superior, arriba of the trailer walls, and Hugh wrinkled his nose, trying to turn away from it. But something was holding his arm down, and he frowned, hesitating before opening his eyes to see what was going on.
And there was Lisa, still deeply asleep in his arms. The smile that suddenly lit up his face took him completely aback, but faded when he craned his neck to see what time it was. It was still well before the time everyone would be arriving, but he needed to get moving. Even if nothing...
continue reading...
19
Just friends 25
posted by maverickangel35 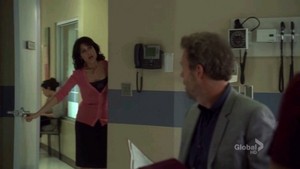 Do I get some kind of prize o present o something for hitting part 25???

Another chapter that may be the teeniest bit difficult to stomach, but be not afraid!

~*~*~
“Yeah—no, that sounds perfect, but can tu have it por tonight?” Lisa plugged her free ear, trying to hear the voice on the other end of the phone.
“Lisa! Damn it, where is she…” A voice floated over from the siguiente room and she cringed, still trying to hear. One of the apoyo guys came walking past, and her arm shot out to grab him por the sleeve.
“Eddie!...
continue reading...
21
Just friends 21
posted by maverickangel35
Someone tell how in the world I ended up with 20+ parts to this...?!

~*~*~
“Morning, Hugh,” Lisa called, coming out of her trailer a week later. Filming had begun on The Social Contract, and she had not had reason to be on set for a while. Hugh paused where he was talking to David por the breakfast mesa, tabla and smiled, waving her over.
“How’ve tu been?” He asked, feeling a strange, settling feeling come over him. The whole time she hadn’t been on set they had no opportunity to speak to each other, on the phone o otherwise, and now that...
continue reading...
23
Just friends 9
posted by maverickangel35
Oh yeah, I was escritura a story, wasn't I...?

Thank tu so much for your reviews--they mean so much to me...

~*~*~
Lisa swung the set door open and leaned in on the doorknob, laying the back of her free hand across her forehead dramatically. “I’m ready for my close-up!”
“You’re always ready for a close-up,” Hugh snarked, walking past her with a cup of coffee. Lisa rolled her eyes and followed him in.
“Hey.” Lisa caught up with him, and he turned around. Lisa opened her mouth to say something, realized...
continue reading...
4
Best Isn't Spelled Bess 9
posted by HugeEgoSorry
It was one of the few mornings that Lisa will forever treasure; those days when tu wake up with a huge smile on your face coming straight from the afterglow of making amor with the person tu amor the most. This feeling isn’t new to her. She felt this four years ago, with the same man actually, but this time it’s different because another human being is already involved. Suddenly, this felt so domestic and the dream of having a real family of her own (with him, if possible) entered her mind. She wanted this, she’s preparing the mesa, tabla for breakfast for them, he’s there taking a shower,...
continue reading...
12
Best Isn't Spelled Bess 2
posted by HugeEgoSorry
I know, I know I'm a liar (again). I told tu this is a one-shot fic but I was moved por the comentarios and ratings tu guys gave me. So here I am, confirming that indeed, this fic is now a chapteral one. ;) Hope tu guys like the idea. Anyway, here's the segundo part of it, enjoy:

When he cleared his throat, Hugh got all pairs of eyes staring back at him. He pulled Bessie closer and let both his palms land on her tiny shoulders.
“You know some stuff about Bessie too, dad?” his eldest asked. Hugh nodded before giving a sigh.
He earned nothing but looks he couldn’t explain after he said, “Guys…...
continue reading... 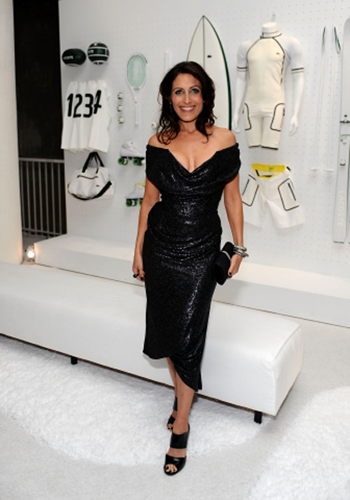 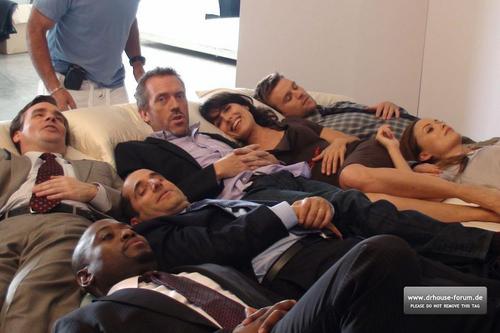 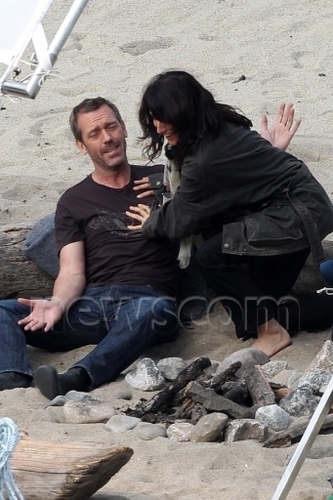 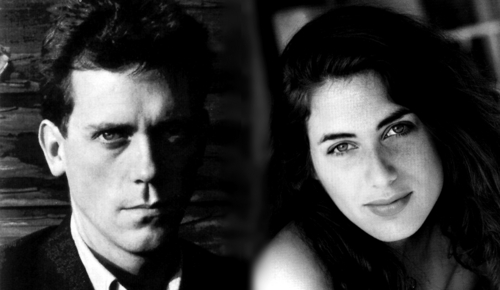 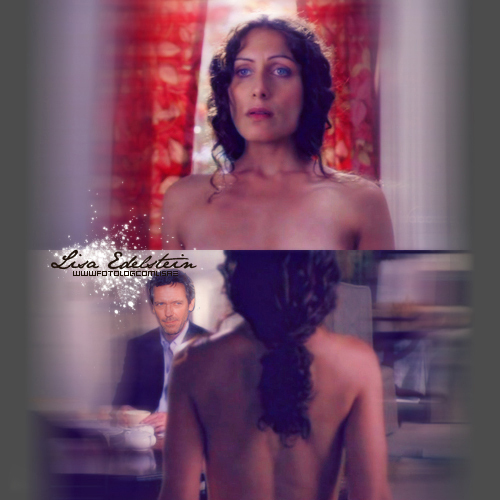