Narrator:Once upon a time, in a magical kingdom known as Andalasia, there lived an evil queen.

Selfish and cruel,  she lived in fear that one día her stepson would marry, and she would lose her trono forever.

And so, she did all in her power to prevent the prince from ever meeting the one special maiden with whom he would share true love's kiss.

Giselle: Oh, this will be perfect. Thank you.

Pip:Come on! OK, tu mookses, mover it!We have got a face to put together here ...
continue reading...
References in Enchanted.
posted by LisaForde
The portal from Andlasia to New York – a reference to Who Framed Roger Rabbit, The Nightmare Before Christmas, Monsters Inc. and The Chronicles of Narnia (film series) .

The storybook opening of encantada – a tribute to the openings of Snow White and the Seven Dwarfs, Pinocchio (1940 film), Cinderella, The Sword in the Stone, Sleeping Beauty, and others.
Giselle's initial personality – based on multiple disney Princesses; director Kevin Lima describes her as "about 80% Snow White, with some traits borrowed from cenicienta and Sleeping Beauty... although her spunkiness comes from Ariel...
continue reading... 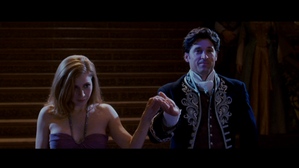 
Q1. Do tu believe in fairytales

(A)Yes I amor happy endings
(B)Nah I stopped beleieving in fairytales in a long time.

Q2. What occupation do tu want to do


Q3. Would tu sing to your loved one

(A) OVER MY DEAD BODY
(B) Of course I amor singing

Q4. Do tu have a daugther o are tu a single parent

Q5. What quality do tu like in your man


Q6.If someone was to rescue tu what would...
continue reading...
1
Couple lookalikes & Other charcthers who look like other disney charcthers
posted by LisaForde

Nancy looks a bit like Belle
Everytime I watch the film encantada I always say that Giselle and Robert are like Ariel and Eirc , and Edward and Nancy look like Gaston and Belle o Vanessa and Gaston( Ursula's creation in the Little Mermaid). Check out the imágenes that I found .Also Lefou looks like Nathanial from encantada who is played por british man Timothy Spall from Harry Potter. I hope that tu can rate my creation and my spot the reference articels that I made here a few days hace .


Another thing I forgot to mention is Narrisa looks like Malficent from Sleeping Beauty. I didn't add anything for this charther just a few . 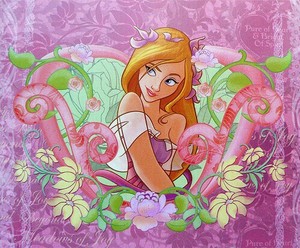