1
It ends at Arkham Asylum part 2
posted by EclipseYJ 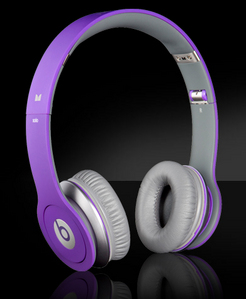 she pulled of her purple coloured head phones by dr dre
Taylor pushed Willow into the corner of the sports field, her back hit the muro as Taylor and her friends cast a deadly black shadow over her sweet and innocent face. “You friend Becca got us a week of detention so we were wondering if tu could past of a message to her, oh and it ain’t the kind where tu speak” She started whacking her fist against her hand. Tears raced down willows face as she closed her eyes awaiting pain until a calm voice dicho “Touch her and I’ll get tu a years’ worth of detention”. Taylor, Sinead (you say it like sh-in-aid) and Lauran turned around to see a Goth looking girl with brown hair that covered one side of her face and vibrant aqua blue eyes. They looked at her right arm to see a red band with a black capital M on it meaning that she was a mutant, “Look emo tu can go back inicial and commit suicide while tu leave me and my friend here Willow to talk” Phoebe stayed emotionless as always no matter what they threw her way. “Look I’m not stupid let willow go, now!” Taylor began to smile evilly “Or what tu will use your mutant powers on me and get arrested?” her friends started laughing; “Well if tu know I’m a mutant tu know I have powers so do tu really wanna fight me?” “But tu won’t be fighting alone” Becca came out from one of the walls, “You won’t hurt willow again now scram” Wally dicho coming from the same muro as Becca did. Sinead and Lauran ran as fast as they could “Cowards!” Taylor screamed “Enough!” she lunged at Phoebe with her fist but the secret hero held out her hand as it blocked Taylors with a metallic echo of her adamantium bones. “What are you? Made of metal o something” and ran away faster than the white rabbit.
The teens walked down the streets until a bleep was heard from Wally’s pocket he took his arm of willows should and opened up his phone and grunted. “What’s wrong?” Willow asked.” I have to see my uncle” he tuned and hugged willow before running across the road. And the girls where left alone, Phoebe pulled off her purple coloured beats head phones por dre (not the justice bieber ones!!!) “Don’t look behind tu but I think that Rolls-Royce has been following us since new street”
Robin_Love likes this
Robin_Love LOVE IT!!!!!!!!!! MORE PLEASE!!!!!!!!!!!!!!!!
Willow_Cyrus <:9 i dont understand taylor ... i know shes prettier then me... and all that stuff
EclipseYJ no she is just a big slut and is going to be one of those girls who has like 7 kids XD

5
Young Justice
added by RavenclawQueen
Source: youngjustice.tumblr.com
Soul II
posted by justjill
I opened one eye and expected to see my usual panda cama sheets and beside me a pile of story libros but instead I saw handle bars...Odd, I don't remember installing handle bars at the side of my bed. Never mind, I wake up later to ask mom...Wait a minute-I quickly shot out of cama and looked around. Where am I? The walls are so white, why am I in a hospital? I must get out of here. "Ouch!" I yelled I looked at the slash down my chest, it was sewed up but it still hurt."You should get some rest, but since you're up, start talking." I turned around towards the window, someone who looked quite short...
continue reading...
2
kiss of an ángel Part 2!
posted by Robin_Love
The team had no idea what had gotten into Wally. As of a week ago, he'd been talking to the same “person” Robin was; and they were starting to worry. They dicho nothing to the two of them, talking quietly to themselves. They decided to come out and ask if the two boys were pulling a prank. dado their record for pranking everyone (especially Superboy), it would seem like the sort of thing they would do. So it was not unexpected when Robin and Wally were surprised to find the team waiting for them. The two exchanged looks as the team lead them into the living/dining/kitchen room area. Artemis...
continue reading...


“What are tu doing for Valentine's Day?” Artemis asked.
Megan looked at the only other person in the kitchen/family room center. Artemis was watching her with curious blue eyes. Megan blushed and looked back down at her bowl.
“I don't know what that is. What's a Valentine's Day?”
“Oh. It's...a día where tu mostrar people how much tu care. Most of the time it's between couples but friends do it too.”
Megan nodded and started mixing again. She felt eyes on her and felt free to ask her question.
“What's a Valentine?”
“Someone o several people tu care a...
continue reading...
1
Speed of Things Part 3! XD
posted by Robin_Love
“How are you?” Becca asked as she sat in her boyfriends dark room.
She sat against the headboard, Robin's head in her lap and his body between her open legs. Her hand was petting his hair and his mask lay somewhere on the floor.
“I don't know.”
“What's wrong baby?”
“I don't know.”
“Life getting tu down?” she whispered.
“Yeah.”
“How so?”
“Everything's just so...disastrous, heavy on the dis.”
Becca smiled at his wordplay but it disappeared at his siguiente few words.”
“Sometimes I want to give up being a hero.”
“Why? You're wonderful.”
“There's too much going on....
continue reading...
More Cards
1234567891011