1
Not Mine but HILARIOUS
posted by Robin_Love
I do not *sadly* own this. I found iut and thought tu all should be able to read it. So here tu go!

To say this was a normal día wasn't true and faaaaaaar from it. The Justice League, after an intense battle against the hot summer día (and of course the few ice villains), some of the members demanded ice cream (Flash, Green Arrow, Aquaman). They didn't even bother to change into their civvies and merely waltzed into the store. It was a pretty big place.
Flash zoomed back and forth along the counter, "One scoop of this and ooo! One of those! And this one!" the poor guy fixing up the speedster's order could hardly catch up and the cone ended up being 5 scoops high before the employee had to make several orders.
superman joined in and asked for a double scoop with arco iris sherbet and strawberry.
Wonder Woman asked for chocolate dulce de azúcar, fudge and Captain Marvel decided on a simple vanilla.
Green arrow and Black Canary wanted to share a plátano split.
And Aquaman joined Flash on his Ice Cream frenzy.
"You gonna get something Bats?" superman asked, turning so he could see the dark, brooding figure that defiantly didn't belong in an Ice Cream store. The cowled man was in the process of narrowing his eyes when he was interrupted por the small voice peeping out of his cape.
"Batman? I want some ice cream." Robin peered up at his mentor and smiled when the man ushered him out of his cape and towards the counter.
The nine año old boy stared in wonder at all the flavors and Flash zoomed over.
"You should try the butterscotch! Its shooooooo goooooooooooood!" the man spoke past the glob of ice cream in his mouth and Robin looked suspiciously at the brown-ish, gold-ish, coffee looking ice cream in Flash's hand. "Go on! Try it." The boy gave a lick and beamed.
"Yummy!" he squeaked and the Justice League just found the cutest sight ever. Robin asked the man politely for a caramelo de azúcar con mantequilla, caramelo de mantequilla ice cream, one scoop and grinned when he got it. Everyone paid for their sweet, cold treats (with the exception of batman who paid for Robin's) and headed back towards the Hall of Justice to lounge and eat.

Flash finished his fifth cone and sighed, "That was good." He patted his belly, wanting más and glanced around the room.
superman had already finished his, so no point in going over there. Black canary and her boyfriend finished a while hace and everyone else seemed to be done except…There! In Robin's small hands was that caramelo de azúcar con mantequilla, caramelo de mantequilla ice cream.
"The kid is taking a long time eating it…I'll help him!" Flash thought and zoomed over, plucked it out of the boy's hands and zoomed back to his original spot in the room.
Poor Robin didn't even see it coming as he was about to lick the melting ice cream off the cone. A gust of air pasted him and he stared at the el espacio his treat just occupied. His blue eyes trailed over to Flash and he saw his ice cream in the speedster's hands.
A soft growl rippled from the boy's throat, but Robin had a better idea when he saw his mentor walking innocently (if the batman could appear innocent) into the room.
"Batman!" the boy cried. The caped crusader turned, if slightly startled and briskly walked over.
"What's wrong?" he asked. Robin appeared to be in great distress and this gathered the attention of everyone in the room.
"F-flash, t-took my ice cream!" Robin whimpered, looking at batman with his big watery blue eyes. The Dark Knight crumbled instantly. He turned setting his menacing gaze on Barry Allen and growled.
batman puffed up his chest in anger and stormed over to the man just as he stuffed the rest of Robin's ice cream into his mouth. batman raised his hand and hit the back of Flash's head causing him to sputter and cough. "You owe Robin an ice cream." The man growled and walked back to the group.
"He dicho he'd get tu a new one." batman lifted his hand and in it was Barry's wallet. "Let's go." Robin smiled happily and followed his father as he left.
"Bye!" he waved at everyone who stood, barely concealing their laughter.
"Bye Robin!" they chorused and soon the Dark Knight and his protégé were gone.
reeds likes this
emilypenguin55 lol hilarious and awesome. AND HOW DARE FLASH DO THAT!?!?!?!?!?!??!?!!??!!???!?!?! HE IS SICK, SICK IN THE HEAD. IM SUPRISED HES STILL ALIVE!
Robin_Love LOL!!!! I wonder the same thing myself! But our little bird got back at him! TAKE THAT FLASH!!!!
emilypenguin55 MUAHAHAHAHAHHAHAHAAHAHAHAHAHAHAHAHAHAAHAHHAAHHAAHAHA!
Robin_Love LMAO!!!! You are too funny! Fanpoints!
66Dragons XD! Words depart me.
kikibibi Okay WTH?!?!
Skittles98 If I was Robin, I would get every flavor there was at the Flashes expense
1
Birds of Prey Part Six
posted by Robin_Love
Becca was excited for her first authorized mission. She may have been in hiding, but she was ready to get out of that mountain. And she found the bio-ship especially intriguing. She loved how Megan could control anything within the ship but the heroes themselves. It was what excited her the most. The bad news about the mission was she had been-regrettably-paired up with Wally. She gazed at him from the corner of her eye. Why would he hate her so much? Sure, she'd beat him with a stick and had snapped at him a few dozen times. But he'd deserved it. He'd verbally attacked her más than once....
continue reading... 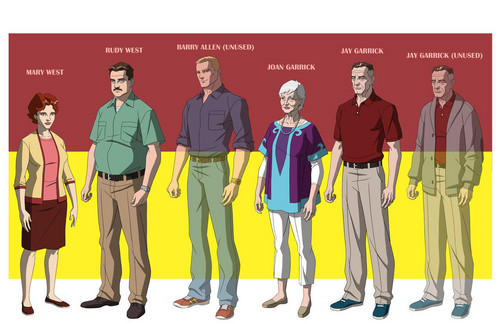 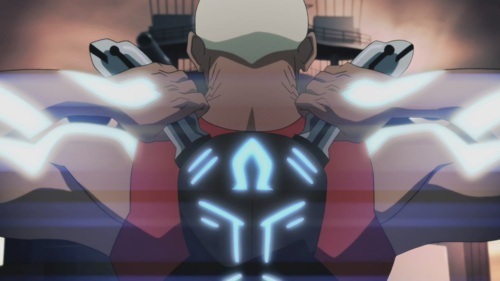 1
wally & artemis
added by emilypenguin55
Source: not mine

1
Young Justice Kick Some culo
added by RavenclawQueen
I have learned to like this song, but I amor the video.
video
young
justice 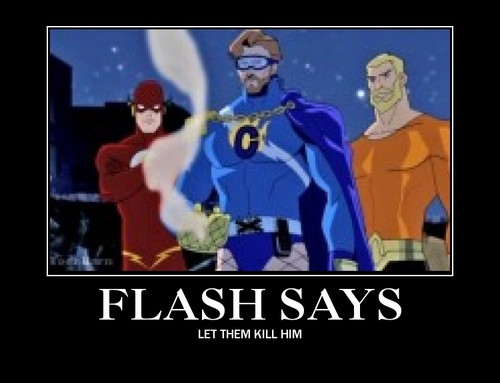 Flash Approuves
added by NekoTheif
Source: To Who ever made the stupid looking guy

6
Two in One
added by Robin_Love 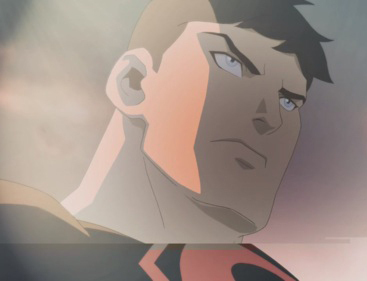 1
Superboy
added by RavenclawQueen
Source: google
Gender Swap-Part 3
posted by justjill
Megan's bio-ship landed on the hard pavent of Boston sending passerby running of for safety. "What happen?" Aqualad asked Megan."I don't know, she felt something pulling her down." They quickly got out of the Bio-ship and looked around, suddenly a fuego ball shot through the air and almost landed on Artemis until KidFlash quickly pushed her away. "Hahahaha! we meet again, baby justice league!" Dr Evil laughed crazily launching fuego balls at them. "Enough of this nonsense!" Superboy shouted, his anger rising to his/her top. Superboy launch himself into the air and came down onto Dr Crazy creating...
continue reading...
1
Birds of Prey Part TWO!!!!
posted by Robin_Love
“How'd tu know?” Robin asked as he helped Becca settle into her room at the mountain.
“About tu being Robin?”
He nodded, hanging one of few pictures Becca had to the wall. She laughed a little and he moved to sit on the floor beside her.
“Please. Any good detective would have realized it, which proves I'm the only good one. Robin showed up at Batman's side not very long after Dick Grayson was adopted por Bruce Wayne. Robin is a skilled gimnasta and fighter. So was Dick Grayson. Robin can hack through any computer and is always on his toes. So was Dick Grayson. Robin was always able...
continue reading...
1
Stupid Wally!: a rant on Kid Flash*
posted by emilypenguin55
If tu know me, the author, tu will know that I have a strong disliking towards him, now if tu don’t know me, tu are most likely wondering why I hate him. Well it is simply because HE IS A TROLL! (Please see foto A down at the bottom) Please continue lectura if tu wish to understand his trollness and my hatred towards that troll.
I will start off por telling tu about his physical appearance. A vague descripción of him would go like this: red hair, freckles, green eyes, medium teenage height, kind of on the husky side, and peachy skin tone. If tu are thinking that...
continue reading...
FireBlaster Episode 23 "Im a girl not a cow!"
posted by Denelys
It`s raining?I got up from the ebd to get ready I heard low foot steps and grabbed my shiruken and put them on his chest amimng for severe wonds.
It was Robin? I sighed
Okay you`ve officialy scared me for the day,
what`s up?
"Why does something have to be up for me to enter your room.?"
Good point,I handed Robin my shiruken and started looking for my dress and my shoes.
What ever tu do don`t touch the-
"Owwww!"
Nice,here I took some bandeges out of my secret stash and put my saliva on his hand and wrapped it.
There now quit playing with it its poisened.
Play with tetsaiga o tensaiga,but leave that...
continue reading...
FireBlaster Episode 20 "Bachlorett party?"
posted by Denelys

Recognized Robin B02 FireBlaster B07
Hi guys,everything okay here?
"yeah!come on we have to pick out everything all the details givem to me!"Inquired M`gann.
Hold on tu guys know o did Robin tell you?
everyone was quiet.
Okay...
continue reading...
More Cards
1234567891011