Beast
posted by Robin_Love
Just something I thought of. I think it’s not quite yet a año but the story came to me. Enjoy

The soft lullaby filled the room as the clock turned 2:00. The sun was tucked away to sleep, much like the girl in bed. A shadow crossed the room, coming closer. A sudden flash of metal, and the girl faced her intruder, claws out.
“You could have died!”
The capucha, campana fell away to reveal piercing icy blue eyes.
“I needed someone...”
The implication of his words caused her to lower her guard and sheath her claws. She made room on the cama and he sat, staring into a dark abyss.
“Has it already been a whole year?”
He nodded and his eyes turned into sorrow.
“One año since she broke it off...”
The girl stayed quiet and let the música from her box fill the room.
“Are tu okay?”
He laughed bitterly.
“Of course not! She was the one and my damned luck worked out so I lost her!”
“Don’t level your anger at me!”
He snapped his mouth shut and glared at the moon for mocking his wounded heart.
“I amor her...but she doesn’t want me.”
“Then maybe it’s time to get over her...”
He threw his head back with a viscous grin.
“Yes because there are so many out there who are waiting to amor a real beast, a true monster!”
She slapped him, the sound echoing across the quiet room. When she spoke, her voice shook.
“You are no monster, Terror!”
He stared at the girl before crumbling into her lap with silent sobs. He cried a long while, letting it all out. She soothed his hair, allowing him to cry as no other would. It was nearly dawn when he finally sat up and looked at her.
“Maybe you’re right, Cat. Maybe... maybe there is another....”
She didn’t miss the uncertainty in his voice.
“Don’t look too hard; she’ll find you.”
He nodded and stood, ruffling her bedhead.
“Thank tu my friend.”
XxKFforeverXx my bby Caaaaaaaat so sweet and poor bby Terror let me come cuddle you TAT 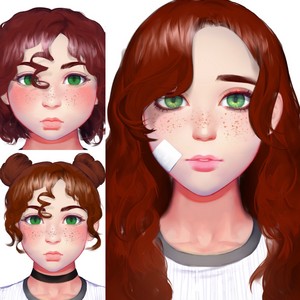 1
anastasia through the Years
added by SilverWings13 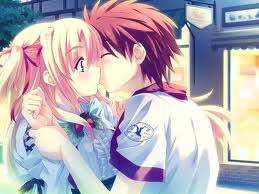 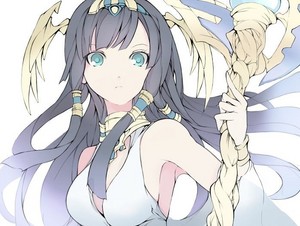 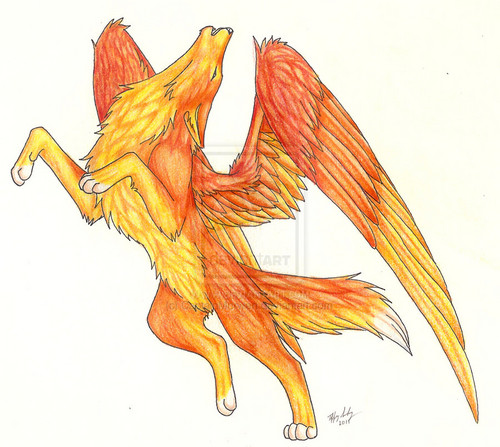 Fin as a wolf. :3
added by InfinityYJ
1
New OC *MALE*
posted by GlitterPuff 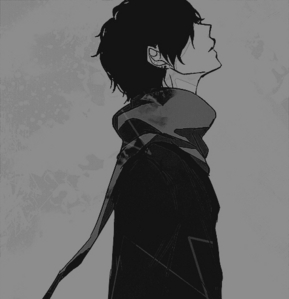 Hair color/length/style: Black, long but shaggy, a little messy and emo/goth like

Personality Traits: Goth, kind, honest, slightly depressed but tries not to mostrar it 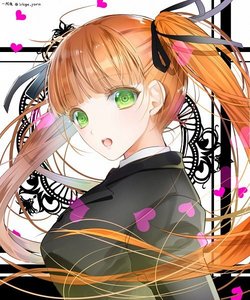 Base of Operations: Resistance Headquarters

What Symbolizes You: Wind

Biggest Regret: Not falling in love 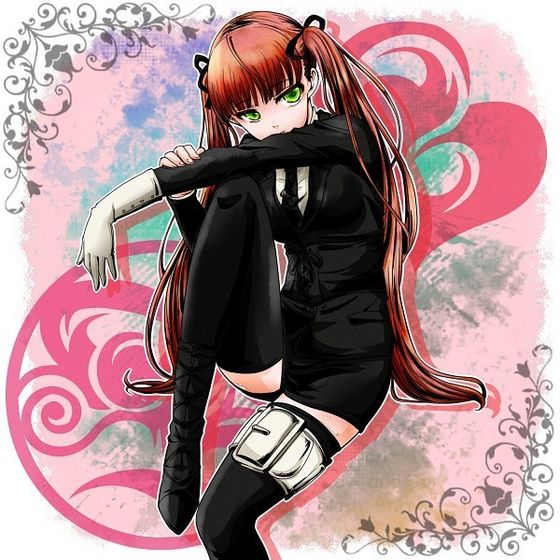 Vixen
2
A daughter's job
posted by godmor
( i know i haven't fwiten any fick in a wile, but i had the idea fore this one fore a wile now, and finally disedet to write it down, i might do a few más about the Shepard family, o Thad include canon carters.)

The Cat's tail, strip club, 21:30 (9:30 pm):
Twan sat in leand back in his chair behind his desk, holding his necklace/locked in his hand, it was shaped like a perros and a snake's head forming a heard, he opens it and looked at the picture inside, 1 was of him and Tess, wel the other was of mafia/cadmus, he smiled looking at it.
Boris walled into the office. "Sir we got Fabio Falconi...
continue reading...

Timer
added by Lollipop97
Source: Me 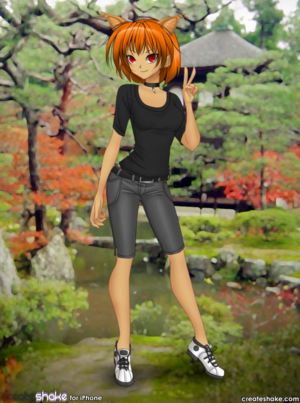 1
zorra, vixen
added by Robin_Love
Source: The Best Thing Ever!!! 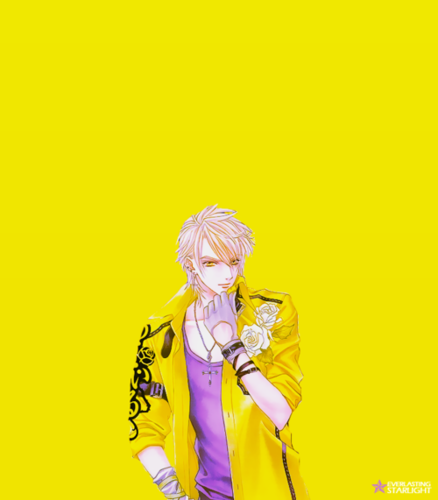 1
the ever so liked couple
added by Mclovin_69

Listen to the Music!
added by SilverWings13
Source: Google!
....I know...
posted by Robin_Love 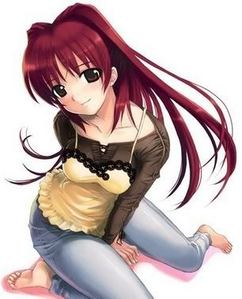 Selene-Human form
This is más anime inspired, so I won't use her much. But I want to see if I can pull off using her. ^-^

Name: Selene
Alias:None
Occupation: Vampire
Powers: speed of light, supernatural strength, super endurance, tolerance to weapons and attacks, skilled fighter in combat, fangs
History: Selene is a young vampire from the supernatural realm. She entered the human world as a test of her abilities. But Selene saw más than just skill. She saw that humans had the ability to create and use what sources they had. She stayed for a little bit, studying them. When she was summoned back, Selene's powers...
continue reading...
Trial and Error
posted by SilverWingsYJ
About half of this will not make sense to some people (because I bring in a new minor/major detail), but i really wanted to write something and this is what I got. más info soon to follow!


This high up -20 stories at least- the wind was a freezing tendral. But, as promised por its designer, the cold whisps didn't touch my skin through the skin-tight suit that covered almost every inch of my body. From my neck to my wrists to my ankles, the black fire-resistant, bullet-proof, millimeter-thick silky armor sheilded my skin from the natural elements. Fingerless gloves covered my hands, and, as always,...
continue reading...
Perfect Creations *Part One: The Chip*
posted by Obscurity98

Symbol
Dr. Varhiez yanked his head into his hands., "I cant believe we lost her! Twice! She was our first successful creation!" His assistant, Dr. Foriam pulled out a chart, "Dr. Varhiez, why don't tu just make another one of her? I mean, tu created her, tu have all the information. and," Dr. Varhiez cut him off, snapping his head up. His large blue eyes and messy brown hair made the 45 yr old man look crazier than ever. "that right there Foriam, is where tu are wrong! When H-K4escaped from here, I had not finished my diagnostics, i did not finish recording all her information. I have no records...
continue reading... 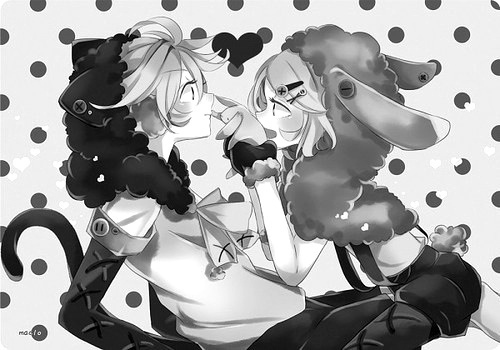 Because I ship a lot of ships
added by SouthYJ
Source: TTTUUUUMMMBBBLLLRRR 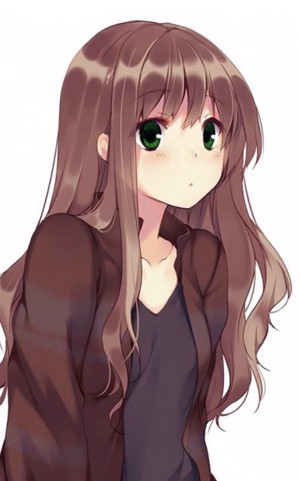