Shot of Revens: part one, a dagger frome the dark.
posted by Gunfire
Tess woke up on the floor whit a headake, looking aside se saw Twan standing besid her smiling.
tu realy cant handel the alcol, he dicho whit a smal laugf.
Dont act like your better dad, i heard tu geting up to take a painkiller an hora ago.
Twan smiles. your rite, nowe go grab a painkiller and get up, we need to meet up whi an old friend.

10 minuts later:
they were standing in a saml ally, Twan lookd up into the sky Tess dit thse same they saw a big metel objekt coming downe landing por slowly turning of his propelsionrokets, he landet infond of them and Twan smiled.
It is good to see tu agien old friend, so was my feeling about bludhaven truwe.
joey saisd in his familar roboric voice.
yes it was Twan, the mobster ther were buzzy but nichtwing took out moste of them to littel work fore me. His voice became very seroice.
i heard wat hapend to your bother, i am sorry fore you, so i geas thad is why tu asked me to come back.
Twan smiled.
It is joey we are gone make tad fat bid pay.
Finnaly joey said.

a camra haning ing th ally behind tham began to spark and in a brit beam of licht zack came out of it looking at the groop.
i heard tu guys gone take downe puinwuing, i want in. he said.
Twan lookd at tess sternly Damm it Tess wat dit i say about talking to Rene about this.
Tess lookd anoyd at her dad and dicho a bit angly.
I havend dicho anyting to red, old man.
Zack interuped them.
Ze dit not talk, i saw tu guys on peinwauins securety cams.
Tes lookd at him.
Wel in thad case, welcome on board sparkky.

Twan noddet and they al moved to the 2e target on theyre lists hidout, as the reaths the hidout peinweind men direly sterted firing Tess and Twan rurund fire, Joey maed his machine gun come out of his arms and fired back, zack truw litning at them, in a mather of segundos they were inside killing evryting run truwe to there target, Joey infored the bullets buoncing od his armor plating, the others firing frome behind him.

They reathsed the room, the floor was literd whit death, Twan stood fore the door to open it.
Oke here we go.
He opend the door but saw all men in the room were alredy death.
Tess looked, oke wat kind of gamster was here before us.
Twan lookd around and dicho seryosly.
It were no gansters theyse men are killed por knives and no gangster are skilled anof to do this.

He walkd to his used to be target, seeing he had a darger in his heard, it pinned a noet in his chest, Twan oulled out the darger so he coud get the note and put the dagger back agien, he read the note, it read: hola Twan, heard of your plan, tu didnt realy think i would let tu have al the fun ny yourself, see tu around. Singed Sill.
Twan smiles. I knewe she coudent resist the chalangs.
The other lookd at him.
Anyting good. Tess asked.
Probably, but we have to find thad out.
they left the building, Twan smiled widly, the others were disepointed.
Well this was a wased of time. Tess said.
*twan smiled and thoud, owe this is no waist this is más benifisal than tu think Tess. 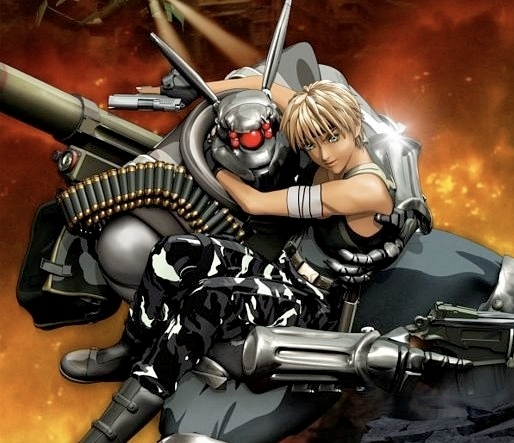 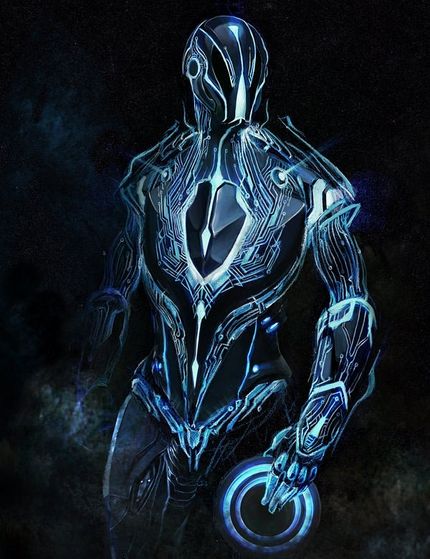 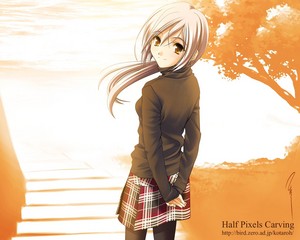 Alias: Czarina -after her mother- (meaning Female Ruler in Russian)

Personality: perceptive; out-spoken; sassy, but polite; sensitive toward others

Oh BTW this placed a little farther back in time so that explains why they use horses..:/ the italic-ed words are the lyrics.. i tried to include some of the song in the dialogue.. but it doesn't mean the people are canto it! it's just the lyrics..

Well this is how it starts
Two enamorados in the dark,
On the run, from the one,
That they call Sheriff Sparks,
Six pistolas por their sides,
And bullets round their waist,...
continue reading...
Spectrum Bio
posted by ShadowYJ
If people are wondering why I’m making so many OC’s, its for an upcoming project...

Personality: A bright and bubbly personality. Is also shy when meeting new persons.

Powers: The Spark that keeps her corazón beating and alive, gives her the powers of throwing very blindly coloured light beams of energy from her hands, eyes, and fingertips. It can act has a laser, light, force field, explosives...
continue reading...
Keeping Up One-Shot
posted by SilverWings13
Gotham City
July 15, 12:15 EST
Three Years Ago

The breeze was a welcome accomplice on the hot-as-Hades day. It blew past, pulling at her hair, her clothes, the yelps of joy that escaped her and her companion.
The leader of the pair glanced back over his shoulder. She was right on his wheels, so close she could make out his deep sapphire irises. He grinned and looked forward.
"You okay back there, kid?" he called.
"Right behind you, Nic!" Aryess assured him, panting slightly. She peddaled a bit harder, finally matching handle bars with him. They slowed to a stop as the tracks neared and the gaurd...
continue reading...
1
New OC
posted by XxKFforeverXx

Since I kind of deleted Nudge.....

Name: Jessica “Jess” Crane
Age: 15
Alias: Sift
Occupation: Hero
Powers: Escape artist
Able to generate force fields
Sift is skilled in hand-to-hand combat. In addition to being a master of grua, grúa style Kung-Fu, which she utilizes in a self-created style of combat known as "violent dancing" which also uses drunken boxing and makes use of her long arms and legs.
Sift greatly understands the power and uses of fear. With this knowledge, she knows how to use words to affect a person's actions, once managing to drive two men to suicide with nothing but words. She also...
continue reading...
lost Soul #2
posted by Obscurity98
Harley flew away from the Mountain crying she knew they could have helped her, but she didn't want to take chances. What if one día she really did hurt some one.
Harley let t=her mind wander thinking back to the words Kaldur said. How he pleaded with her on not leaving. Then it dawned on her, what would happen when they told Roy?
He'd have a fit! and then try to find her. She knew it.

She walked now down the streets of Metropolis. she flew over to Clark's apartment he shared with Lois Lane.She didn't want to bother them, so she just sat there, on the window sill not making a noise. After a time,...
continue reading...
Seeing Red Part 2
posted by Red_HoodYJ
A steady beeping was heard throughout the Bat-Cave as Red Hood’s eyes fluttered open. They put a hand to their hand with a groan.
“Master Todd, may I suggest tu stay still” Alfred suggested
“W-who are you?” Red capucha, campana mumbled
“You really do not remember me, Master Todd?” Alfred asked, confused
“I-no. No I don’t” Red capucha, campana shook their head.
“Well, just lie down and relax as I get this blasted casco off” Alfred said, reaching for Red’s helmet.
“Wait. It’ll electrocute tu if tu try to take it off me” Red groaned, reaching behind their head and pressed a button which...
continue reading... 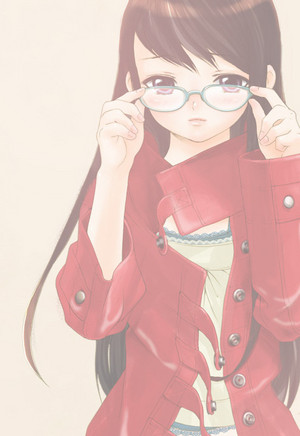 Tara (with glasses)
added by Robin_Love
Source: (C) to owners 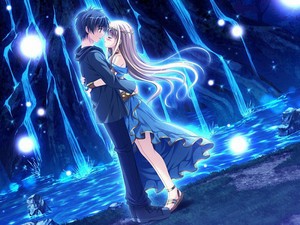 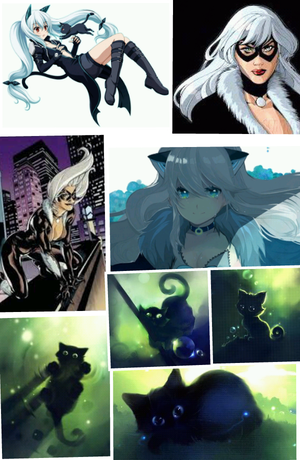 1
All About Os
added by MafiaYJ
Source: collage and places etc
2
Deception~Prologue.
posted by BladeYJ

"Blade?" His voice was stuck in his throat. Before him stood the girl he loved. She stared; her red orbs beyond vibrant, as her platinum hair drapped just below her shoulders, obviously grown out since he last saw her.

But now? Now she was in front of him, arms around...
continue reading... 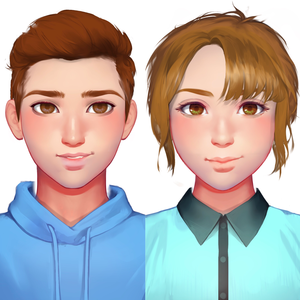 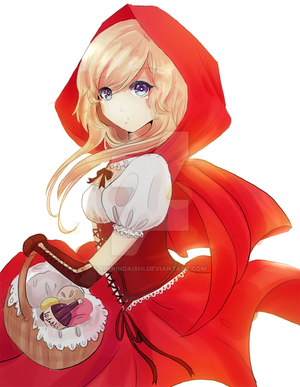 Tosses the kryptonite down into the deepest darkest hole
added by MinaBloodlust
Get To Know: Becca
posted by Robin_Love 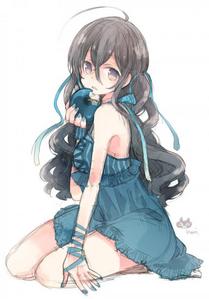 LAYER ONE : THE OUTSIDE
Name: Becca. No need for more.
Reason o meaning of name: It's just a short version of my real name..
Eye Color: Brown. Like...dark almost black..
Hair Style/Color: Black. (Like her soul!) Hey!
Height: Um I'm about 5'9”
Clothing Style: Depends on the mood
Best Physical Feature: My what? (Her legs. She has dancer legs)

LAYER TWO: THE INSIDE
Your Fears: Thunderstorms
Your Guilty Pleasure: Beating up the bad guys
Your Biggest Pet Peeve: Idiots. (Uhh...)
Your Ambition for the Future: To live?

LAYER THREE: THOUGHTS
Your First Thoughts Waking Up: Why am I up?
What tu Think About the Most:...
continue reading... 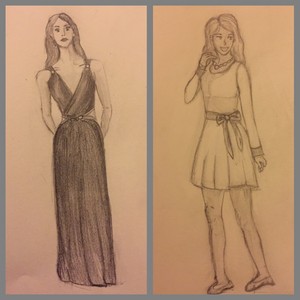 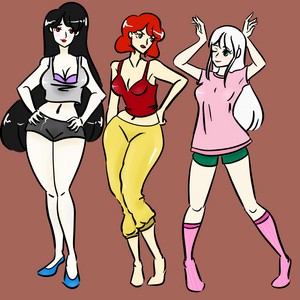 The 3 OCs
added by MafiaYJ
Source: ME
2
New OC
posted by Mclovin_69 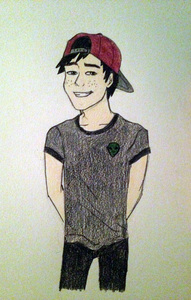 I drew him because I felt like it
Name: Michael Fanton
Alias: None
Occupation: Guitarist and Singer, Civilian
Age: 19
Personality: Michael is a very positive person, who often weighs others problems on him as support than solve his own. It's very unlikely to catch him in a bad mood.
Appearance: jade green eyes, he is a natural brunette but for the moment has his hair dyed black. he has freckles and barely leaves anywhere without wearing some type of hat ( usually snapbacks). He is 6'0 ft tall.
Relationships: He is a good friend and bandmate to Bentley.
History:Michael grew up having an ordinary life,minus his parents divorcing and his mother taking custody of him at the age of 8.
Notes:He met Bentley at a bar, and since have known each other for almost a year. It wasn't until recently him and Bentley got in touch again. 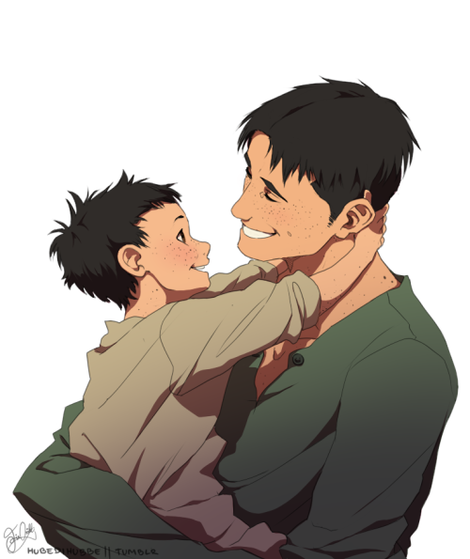