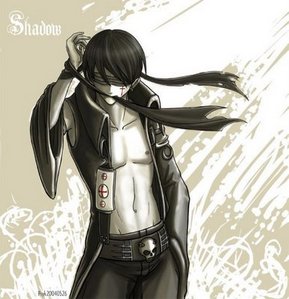 Gimmick costume
Name: Zero
Alias: Gimmick
Occupation: Android; hero
Base: Metropolis
Powers: can walk through solid objects, can mimic abilities, lightning, super-senses.
History: Zero was originally made por Cadmus. He is an android; a robotic device made with human emotions and patterns. He was imprisoned in a chamber, sleeping. He was freed por his friends Terror and Zeth. He began to learn of his powers and joined the X-Men, who all had some sort of ability like his. Once he was able to control his powers, Zero became a hero. He has often ran into Terror and Zeth on several missions. He has also met Teague the demon on several various occasions. Now as a hero, Zero has befriended many members of the JLA. He is the leader of the team.
Notes:Despite his robotic innards, Zero feels like a real human. The glasses he wears in his civilian attire are used to help hide his eyes, which look like that of aliens. When hanging out with Zeth, Terror, and Teague, he is usually the most knowledgeable one. He enjoys confusing his friends, and loves to watch them embarrass themselves. 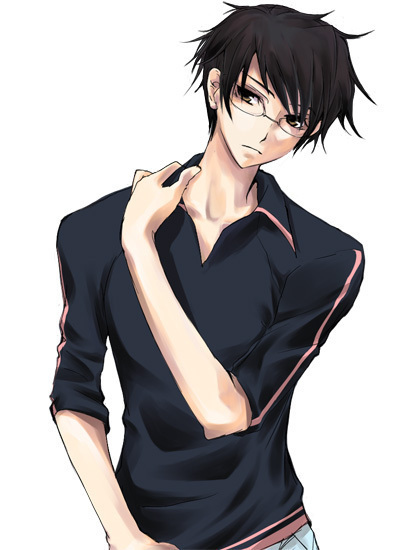 Zero
Obscurity98 hey i'm using the civvies pic for my OC Evan, Just so ur aware!
Robin_Love I know.

The sun had set, and gray dusk had overtaken Happy Harbor. Most of the team was piled in the cave, in the lounge, the kitchen, o in their respective...
continue reading...

Atlantis 5:27pm.
Kaldur, STILL in his dreamy mood. Still dreaming. If there was a way to knock that bozo out, The YJ team would have done it ages ago-but apparently he had a head of a tortoises shell, it was too hard!
Kaldur swam but accidentally swam into the last person he was expecting TULA!
Tula-also known has Aquagirl. The girl of his dreams, the emotion, the feeling of affection, the hope, all came rushing back when he met her.
But then he stopped. No. That was a long time ago. She has moved on. She will never see me like that no matter how much I wish it to...
continue reading...

Back of the Normal, Stealth and water dress
added by EclipseYJ
Source: Alice madness returns

Personality: he is very outgoing when he wants to be and very caring for others, hes más open...
continue reading...

Loki uniform
Decided to post info for this team too! :D


Name: Zeth Parker
Hero Name: Loki
Occupation: Minor, sorcerer, vigilante
Base: other dimension; currently Earth
Powers: Magic, elements, hand-to-hand combat, staff
History: Zeth was raised in the streets as an orphan. He was taken in por a kindly gentleman. Zeth soon discovered that his new guardian was a warlock. Zeth had potential in the magic arts and was trained to control his ability. When he turned six, Zeth was a talented warlock and was able to control the elements. It was then that his guardian came to the conclusion that Zeth was a demigod and the...
continue reading...
1
(i still need a title) Part 1
posted by EclipseYJ
Pandora, Pandora Hold on to you're Box

Open the lid and the Gods will be cross

The blood will flood out and the Scars that won't heal

Keep in you're dark secrets and the rest will yeald

Just one of the souls which tu posses

As that is a different part to you're story

But truely it's meaning has been Changed

You killed people then and you're mind is still diranged

So be draged back to the land of white

And snuggle up in a Straight-Jacket nice and tight