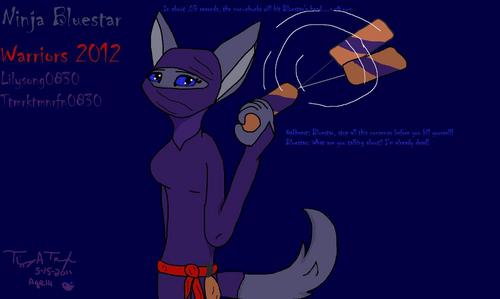 1
Ninja Bluestar
added by ttmrktmnrfn0830
Thunderclan Meets Nyan Cat: Part 1
posted by ReneeKetchum
Lionblaze woke up abruptly. He sensed something stirring in the air. It felt as if it was breathing down his neck. He turned around to find Ivypool. "Oh, sorry. I'm a heavy sleeper," she said.
He still felt funny. When he looked outside the den, he saw something shine. Lionblaze padded out of the den. "Wake up," Ivypool told Foxleap, "There's something up with Lionblaze"
It took Foxleap a while to get up from his dream about lollipops and bunnies. The two young Warriors padded out of the den. They stood right behind Lionblaze, who never noticed them.
Lionblaze saw a arco iris fly by. "But that's...
continue reading...

1
The Terrorist
added by ttmrktmnrfn0830
Berrynose goes missing and Lionblaze is sent to find him...AMAZED at what he finds.
video 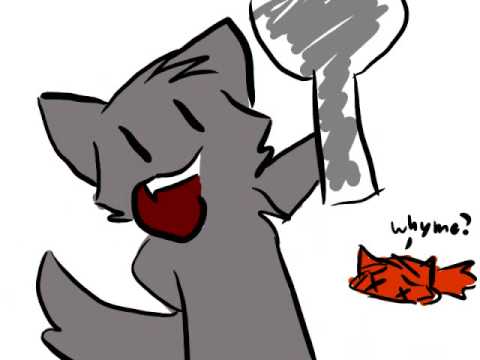 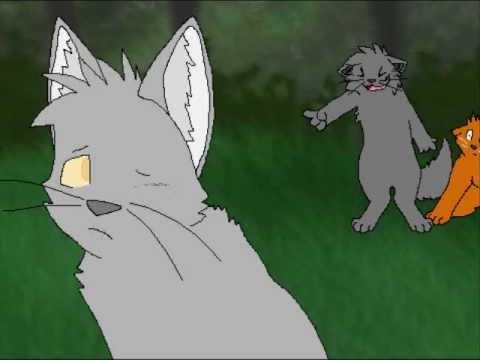 Respect your elders
added by Anatana
No, i wont stop! por bluekyokitty
video 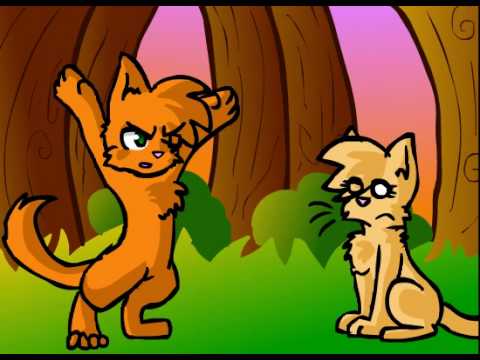 Fireheart's Dance
added by Anatana
Onother video i uploaded, i fell uploadistic! por Sn00kumsgal. :3
video
Warriors BANfiction - #4 - The Streets
posted by katetekiku
Chinese Yellowfang shook her head in embarassment as she walked along with Brokenstar.
"Brokentail, tu crazy," Yellowfang accused, staring awkwardly at him. "I know nozing más battle strategy than tu do!"
"Oh." Brokenstar said, and sighed in defeat. He walked along with his tail down, only staring down at the concrete sidewalk.
"Brokentail?" Chinese Yellowfang exclaimed, stuffing her face in front of Brokentail's. "Brokentail, if I knew kung fu, I would've taught tu when tu were still apprentice!" At that, Brokenstar looked up.
"Really?" Brokenstar said. Chinese Yellowfang nodded, and...
continue reading... 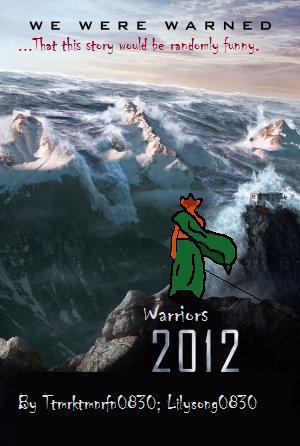 Stormfur had heard that she-cat called Brook talk like that the whole trip to the camp. The mountains were all hard, and...ugh! He had to admit that it needed a LOT of remodeling.

They made it to the mountain, seeing all those gatos talking in that STRANGE language.

"Brambleclaw, Brambleclaw!" Stormfur interrupted. "I got this."

Stormfur padded to the center of the clearing, lifting his paw in a greeting, as he had seen the Tribe gatos do. "Hao!"

Willowbreeze: Crookedstar!
Crookedstar: (looks up from lectura Crookedstar's Promise) *sighs* I can't read a decent book that isn't even in stores yet! What, honey-shnookums?
Willowbreeze: There's a package for you!
Crookedstar: Send it over!
(Package is sent flying and Crookedstar grabs it with super reflexes)
Crookedstar: Thanx, babe!
Willowbreeze: I have to go to a bridge game. See tu tonight!
(Crookedstar is alone in his super-house)
Crookedstar: I wonder what it is...?
Adress: Place...
continue reading...
Warriors 2012 Chapter 13
posted by ttmrktmnrfn0830
Chapter 13: Entering The Tribe: Part 1, Invasion

Brambleclaw exclaims. "No! Too dangerous!"

She scoffs. "Who are you, my father?"

Brambleclaw is taken aback. "What right do tu have to compare me to your father?"

Squirrelpaw has no sense of commonness, so she slides down the waterfall with everyone else behind, because they're jealous that she's going on.

Stormfur raises his forepaws in the air. "This is awesome!!!!"

Feathertail rolls her eyes. "You're embarrassing me, again."

"Feathertail likes...
continue reading...
Warriors Friday the 13th
posted by ttmrktmnrfn0830
I know, it's not Friday the "13th" but I wrote this on the Warrior gatos foros on Friday the 13th. ENJOY!

Brackenfur: Okay, Whitepaw. Make sure tu don't step on a crack.
Whitepaw: Did tu just say don't step on your crack?
Brackenfur: Just don't! You'll break your mother's back!
Whitepaw: *scoffs* If she can survive a dog attack, she'll survive a broken back.
Brambleclaw: Hey, what's that?
*An abandoned Twoleg guarida, den is ahead of them, with a little dock.*
Squirrelpaw: I don't know...
Whitepaw: *curious* Let's go check it out!
Brackenfur: Nyet! tu will not check!
Squirrelpaw: *Don't know...
continue reading...
Warriors 2012 Chapter 12
posted by ttmrktmnrfn0830
Chapter 12: StarClan Help Me

The silver tabby opened her eyes. "Where am I?"

"Don't tu remember? You're in StarClan."

Feathertail sighed. "That's right." She saw her mother looking at her. "Why am I up?" She stayed at the party till 5:00 in the morning. "It feels like I've only been asleep for five seconds!"

Silverstream purred. "It's Sunday: Prayer Answering Day. Now, wash up, and follow me to Yellowfang's cottage."...


Everyone arrives at Yellowfang's cottage....
continue reading...
Warriors 2012 Chapter 11
posted by ttmrktmnrfn0830
Chapter 11: tu Go Across the Border to Look at Wood?!

Firestar had just told the Clan that the world, as they knew it, would come to an end.

"Silence, everyone!" he yowled.

The medicine cats' TV and the sound of those annoying birds were all that were heard.

"That's right, folks!" a male voice boomed from the TV. "The world as we know it will end!"

"An 8.9 earthquake has hit Japan, along with a devastating tsunami," he growled. "The country's in ruins!"

The Clan meanwhile, was panicking.

"Oh." the female groaned,...
continue reading...
1
Warriors BANfiction - Episode #2 - The Mansion
posted by katetekiku
Brokenstar woke abruptly. He looked around. Where was he? He was surrounded por concrete walls, wooden pillars, and ceramic twoleg toys. He looked around. There were many doorways where beds o tables lie, and a wierd gloomy growl came from at least two of them.
He had just been fired por Owlstar from the library, and had fallen asleep that night under the stars. Now he had woken up in an unknown place.
Were other gatos watching him, stalking him behind the beautifully made twoleg statues, just waiting for the right time to pounce?
Suddenly, he heard a crash, and multiple sets of frantic paws....
continue reading...
Warriors 2012 Chapter 10
posted by ttmrktmnrfn0830
The Silver Cat Prophecy (What REALLY Happened)

The pools glittered in the moonlight on the cave floor. The entire cave was filled with the música of Breaking Benjamin. The brown tom didn't like anything else.

The rest of the gatos poured in, looking at the tom.

(The only living Tribe cat that walks on two legs) The brown tom stood up, holding a long cane, limping and leaning against it. "Welcome to the Funny Farm," he rasped sarcastically.

"The moon is on the water!" one of the gatos panicked.