6
Alice's New Moon Chapter 22
posted by just_bella
This story is getting so fun/addicting to write!! I might have to do another tonight..let's see how this one goes first :)

"He made up his mind as soon as your 'friend' confirmed that it was too late to save you." I said.

"But he...he left! He didn't want me anymore! What difference does it make now? He knew I would die sometime!" She yelled.

"I don't think he ever planned to outlive tu por long." I dicho quietly.

"How dare he!" She screamed as she jumped to her feet.

As she rose, Jacob stood up too, putting himself between Bella and I as if he were going to protect her from me.

"What can we do?" She begged as she came closer to me. "Can't we call him? Can Carlisle?"

I shook my head. "That was the first thing I tried. He left his phone in a trash can in Rio..someone answered it..."

"You dicho before we had to hurry. Hurry how? Let's do it, whatever it is!" Bella begged.

"Bella, I...I don't think I can ask tu to..." I cut off the sentence as I thought about the options.

Could I really ask her to come with me? Could she come with me to Italy? Could I go and do this alone?? That one I knew was a yes, I could go do it alone...but would he listen to me? No, he wouldn't...he would think I was lying to him to keep him alive. This may be the only way.

I took a deep breath before I put my hands on her shoulders. I looked directly in her eyes, enunciating each word..making sure she understood. "We may already be too late. I saw him going to the Volturi...and asking to die." I dicho quietly as my whole body shivered. I looked in Bella's eyes and saw them fill with tears as this all became real. "It all depends on what they choose. I can't see that till they make a decision."

"But if they say no, and they might...Aro is fond of Carlisle, and wouldn't want to offend him...Edward has a backup plan. They're very protective of their city. If Edward does something to upset the peace, he thinks they'll act to stop him. And he's right. They will." I whispered as I saw another vision.

I saw Edward begging Aro and the others to end his existence. Edward already was thinking of ways to anger them should they say no. The first thing I saw was him exposing what he was, then him hurting someone, throwing things, anything that would expose him. I couldn't breath, it was all too much.

Bella was watching me closely, hoping that I would tell her what I saw...but I couldn't do that to her right now.

"Listen Bella!! Whether we are in time o not, we will be in the corazón of the Volturi city. I will be considered his accomplice if he is successful. tu will be a human who not only knows too much, but also smells too good. There's a very good chance that they will eliminate us all...though in your case it won't be punishment...as much as dinnertime." I said, trying to get her to see the danger.

"This is what's keeping us here?" She asked in disbelief. "I'll go alone if you're afraid." Bella stated.

I had to fight the urge to laugh, she was willing to go across the world alone and face something she doesn't understand for Edward. I shook my head, finally understanding what Edward meant when he dicho that she was 'like a angry kitten' when she got mad. The look in her eyes brought me back to the situation.

"I'm only afraid of getting tu killed." I dicho quietly.

"I almost get myself killed on a daily basis! Tell me what I need to do!" She dicho as she snorted.

I thought about it for a few seconds. She was very determined to come with me, she was willing to go somewhere where it was very likely that we wouldn't come inicial from.

I looked around, quickly trying to think of all the things she would need to get to Italy. Her father would be very upset when he came inicial and she was gone, but hopefully I could get her inicial in a few days....and hopefully alive.

"You write a note to Charlie. I will call the airlines." I commanded.

"Charlie." Bella gasped as she looked around.

I quit paying attention to her o what she was doing for a minute. I quickly flipped the phone open and scrolled down until I found the phone number for the airline and hit send.

"United Airlines, how may I help you." A overly friendly voice said.

"I need to book two tickets from Seattle to Florence. First class please, and siguiente possible flight." I dicho quickly.

I heard typing then the voice returned. "I have 2 tickets from Seattle to Florence with a 30 minuto layover in New York."

"Fine. Yes, we'll take them. When does it leave?" I asked impatiently.

"It leaves in one hour, how would tu like to pay ma'am?" The voice asked.

I quickly rattled off one of the many credit cards numbers that I had in my bolso, monedero and hung up. I grabbed my bag, threw it over my shoulder and went to stand in the doorway of the cocina where Bella and Jacob were talking.

"Get your wallet...you'll seed an ID. Please tell me tu have a passport. We don't have time to forge one for you." I dicho as I shook my head.

Bella nodded before running up the stairs. I shook my head as I heard her trip over her feet and fall on the last step.

When she was in he room, Jacob Black turned to face me. The look on his face was far from friendly, he stalked towards me..his whole body beginning to tremble.

"Get it off your chest boy." I dicho as I stood my ground.

"BOY!! Don't call me boy!" He dicho as he got right siguiente to me and bent town so his face was closer to mine.

"Back off, I don't have time for this! Say what tu have to say so I can get going to save my brother." I dicho between my teeth, the beginnings of a growl starting in my chest.

"I'm not forcing her to do anything! This is her call, she knows she will be seguro with me." I dicho calmly as I got myself under control.

Bella came down the stairs, stopping on the bottom step. Her eyes wide as she watched her friend and I yell at each other. She shrunk back into the stairs, trying not to interrupt our conversation.

"You might control yourself on occasion, but these leeches you're taking her to." Jacob started to say before I interrupted him.

"Yes You're right, dog." I snarled. "The Volturi are the very essence of our kind..they are the reason your hair stands on end when tu smell me. They are the substance of our nightmares, the dread behind your instincts. I'm not unaware of that."

"And tu take her to them like a bottle of wine for a party!" He yelled.

"You think she'd be better off if I left her here alone, with Victoria stalking her?" I laughed.

"We can handle the read head." Jacob said.

"Then why is she still hunting!?" I dicho loudly.

Jacob started growling, his whole body shaking in anger. I felt myself lowering into a defensive position, knowing that this is something I didn't want to do at this point..but if he was going to loose it I would protect myself and Bella.
Nikkiekierans, patrisha727 and 4 others like this
just_bella I LOVE writing this one, and I'm so thankful that people like it!! Thanks everyone!!! That was so much fun!!
twilightGGlost Yayyyyyyy!!!!!!!
_madz_ its really good i love it and now i get to read the next one!!
babina love it! love it! love it! BF
bitten_byedward This is awesome! Your great!! 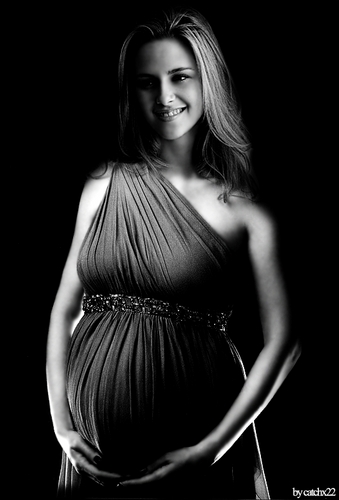 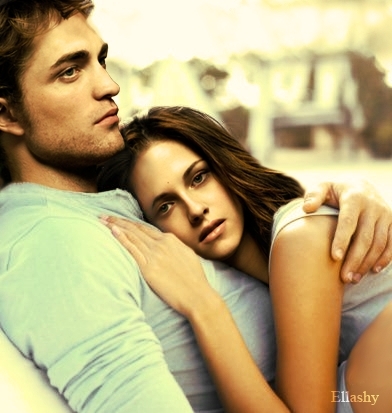 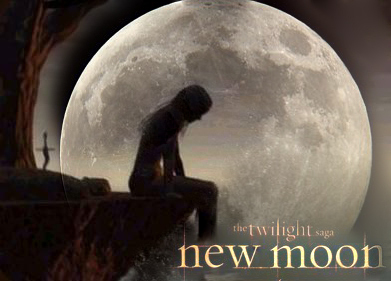 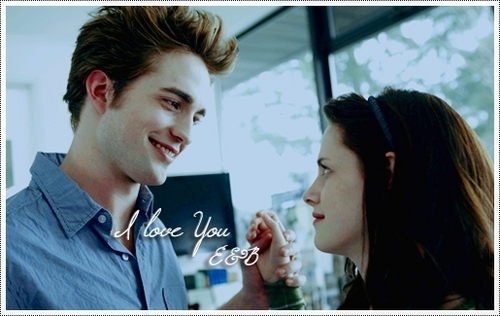 3
Bella as a Vampire - A Glimpse into the Future
added by claudedog
Source: twilightthemovie.com 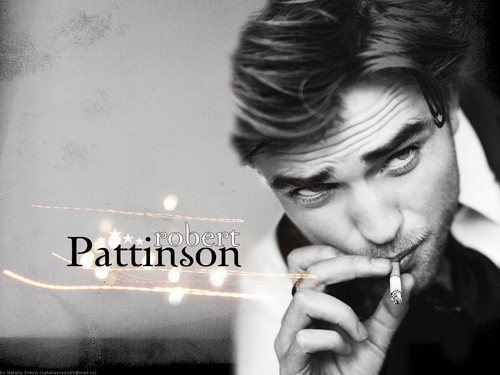 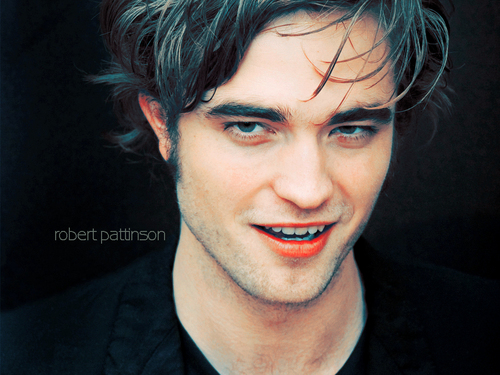 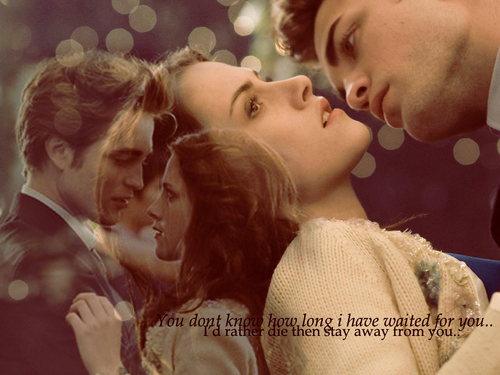