Once Secret, Twice Told - Chapter One:
posted by BuffyFaithFan1
ONCE SECRET, TWICE TOLD
[A New Story From the autor of HELLO, MY NAME IS: DEATH Series - BuffyFaithfan1]
________________________________
Chapter One: pescado Out of Water
Jessika sat on the edge of her seat. She was sitting at the dining room mesa, tabla in, well, the dining room while her parents stared at her from the other end. Their eyes bore into her like hot coals pressing into rubber, burning through once they've made themselves clear.
"What?" She stammered out, glad that her voice found itself before her parents jumped down her throat.
"Well," Jessika's father said, his eyes softening as he looked down at his lap. "Your mother and I have decided to..."
"To seperate for a while. Take a break. And it just so happens my boss has a job for me in Missouri. So, I'll be heading there for the summer."
"What?" Jessika squeaked, feeling all of her emotions drain out of her body instantly as if her veins had been cut and all the blood ran out of them, glad to be let out of the tubes they were forced to go through.
"I will be doing alot of business this summer and I won't have much time for you." Jessika's father dicho and Jessika sighed.
Jessika then picked at her wrist, grabbed at skin with her thumb-nail and her middle-finger nail and pulled away from the skin, feeling the skin stretch and press itself back against her body's shape. "And?"
Jessika watched her mother exchange weird looks to eachother and her mother spoke softly. "We've decided to put tu in your cousin's house for the summer to stay."
Jessika shot up to her feet. "WHAT!?" She screamed. "No! tu can't do this! Take me to Missouri with you!! Don't make me go there!"
Her parent's glared at her. "It's settled. Go to bed."
"It's only 5:20-" Jessika began but saw an evil glare flash out of her mother's face.
"Go!" Her parent's boomed in unison and Jessika did as told.
Jessika sprinted to her room and jumped onto the bed. She felt the cama shake in her pounce and she started to cry. She felt just like that girl on the new TV mostrar on the CW11 called "Hart of Dixie" except she wasn't going to Alabama. She'd be staying here in Illionois and spending her summer at her cousin's house.
The Hypernon's. Brittany and Paul Hypernon had decided to spawn off little monsters ten years hace and now have children that are monsters! They yell at Jessika and pull her hair and pull the whole "I don't know what you're talking about, I'm just a little kid" routine when Brittany walks into the room.
Jessika also knew that something bad had happened there the three anterior winters ago, and she didn't want to go back into that house. Not just because of those kids, but because of what had happened up in that attic three years ago.
"Why can't I just stay here!?" Jessika asked herself and rolled off her cama and onto the floor witha loud thump! "Ow." She moaned and let her eyes dropp shut.
_____________________
_TO BE CONTINUED...__
BuffyFaithFan1 Comment if you found interesting or good! I love comments/feed back! Chapter Two: Out to Dry Land will HOPEFULLY be posted tomorrow. Depends on if I remember HAHA anyways, check back tomorrow because CHAPTER 2 shall be up 99.9% most likely. BYE! XD
KaylaLovesYou continue please :)
BuffyFaithFan1 sure thing :D lol I told ya I'd forget haha

33
MTV.com: Meet the Characters from "Twilight"
added by layla_14
Take a look behind the scenes as the vampire flick's cast and crew explain the spooky, romantic world of "Twilight." This is so good!!!
video
meet the characters from twilight
mtv 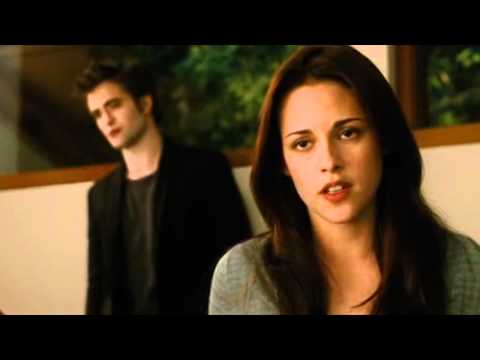 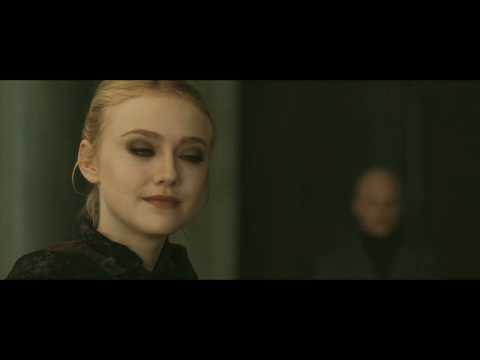