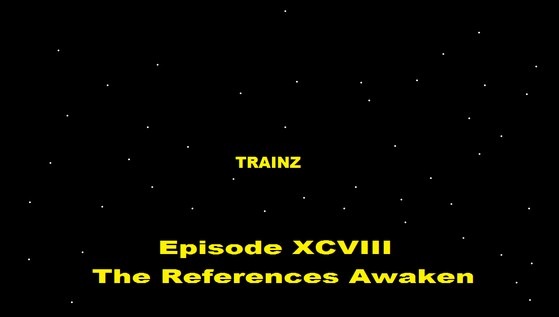 It is a time of references, and Easter Eggs. Movies, and T.V shows seem to be getting a lot of those lately, and Trainz is no exception. It happens at least one time in nearly every episode.

We will do the same thing for this episode, but it will have más references than any other episode produced before, and after it.

You will be laughing non stop until this episode is complete. References, assemble!

The song fades away as we focus on the Eastwood & Mossberg Railroad.

Danielle:...
continue reading...
Trainz Episode 97
posted by Seanthehedgehog
Mr. Bruce: *Breathing loudly as he looks at his five engines*
Ferris: I know he's angry all the time, but this is going a little too far.
Audience: *Quietly laughing*
Mr. Bruce: I can't believe this. After all the things we've done for him, he betrays us, and leaves with Tony, and Tito.
Jack: There's only one engine who fits that description.
Mr. Bruce: Tito and Tony are on Kenny's Line, but Jeremy is back on the Hunterdon Central.
Ferris: We'll catch him.
Jack: With all that heavy breathing, I'm surprised Mr. Bruce didn't-
Mr. Bruce: YOU BETTER CATCH HIM!!!!!!!!!!!!!!!!!!
Audience: *Laughing*
Jack:...
continue reading...
Trainz Episode 94
posted by Seanthehedgehog
Previously on Trainz

S.B: *Riding his bicycle on the bike trail*

Two men step in front of him.

S.B: *Brakes* tu two should be careful. I could have hit one of you.
Man 1: Give me that. *Hits S.B*
S.B: Whoa!! *Falls down an embankment, and lands in the water reservoir*

Man 1: *Riding S.B's bike towards a freight train that stopped at a red signal* Perfect. I can get on that empty gondola, and ride it over that colina to the shop.
Jesse: *Sees his signal turn green, and moves forward, blowing his horn twice*
Man 1: Or, I can grab the train while riding my bicycle. *Rides closer to the train. He is...
continue reading...
Trainz Episode 93
posted by Seanthehedgehog
Song: link

Narrator: Near Cadillac Station is a water reservoir. Although the Island Of Errol is surrounded por the Pacific Ocean, it's full of salt water. Salt Water is too difficult to purify, so the U.S government created four water reservoirs on the island, one for each city. For recreation purposes, they also created three lakes. There's also a park near Mossberg's water reservoir, where hundreds of people go everyday, to enjoy a beautiful, sunny day.
People: *Riding bicycles*
Bicycle Rider 63: *Stops in front of a sign*
Bicycle Rider 52: *Stops siguiente to Rider 63*
Bicycle Rider 63: Would you...
continue reading...
Skarloey's Railway Part 1
posted by Seanthehedgehog 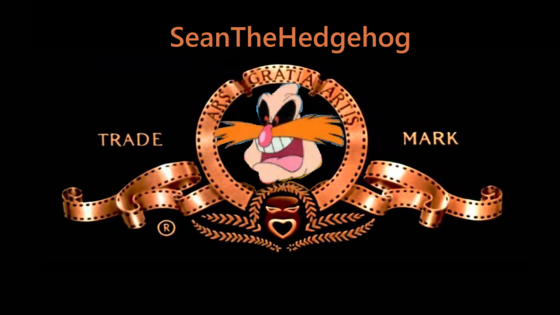 Porter: *Walks into the station*
Station Master: Walter.
Porter: Yes sir?
Station Master: When does Edward reach his station?
Porter: *Checks his watch* Fifteen minutos sir.
Station Master: *Hands him a letter* This is from Sir Topham Hatt. Can tu get it there before Edward leaves?
Porter: With my brand new Ford, anything's possible. *Leaves to deliver the letter* Porter: *Starts his car, backs up, and drives out of the parking...
continue reading...
Trainz Episode 90
posted by Seanthehedgehog
Jade: *Waiting at Mossberg Station*
Narrator: Mossberg Station is where trains of both the Eastwood & Mossberg Railway, and the Hunterdon Central meet up with passenger trains.
Alyssa: *Stops at Mossberg Station* Good to see tu again Jade.
Jade: Howdy Alyssa.
Alyssa: I got a message for tu from Mr. Wright. Well actually, the message is for Ms. Scarlett, but since you're here, could tu tell her for me?
Jade: Sure. What's your message?
Alyssa: Our new freight depot is requesting a lot of steel, cement, and bricks. We could use another engine to help out with that.
Jade: I'll talk to Ms. Scarlett,...
continue reading...
Trainz Episode 89
posted by Seanthehedgehog
Mossberg General Hospital is where this episode begins. It's early in the morning, and as church bells ring in the distance, a woman in a grey business suit walks towards a brand new Chrysler 300 in white.

He was feeling sad as he was waiting at the station on the hill, on the Mossberg...
continue reading...
Trainz Episode 88
posted by Seanthehedgehog
Song: link

Narrator: Mossberg, one of four cities on the Island Of Errol. It is served por five, out of six railroads on the island. The Eastwood & Mossberg.
Hilary: *Passes Teresa as she goes up the colina with her two coaches, and caboose. She blows her whistle twice*
Teresa: *Blows her whistle to Hilary as she pulls five coaches down the hill*
Narrator: The Mossberg Narrow Gauge Railway.
Amy: *Gets on the bridge for Santa Cruz*
Narrator: The Northern Errol Line.
Jack: *Pulling six freight cars out of the Mossberg Freight Depot, to Zorrin*
Narrator: The Hunterdon Central Railway.
Alyssa: *Departing...
continue reading...
Trainz Episode 86
posted by Seanthehedgehog
Previously on Trainz

Emily: tu didn't have to do that.
Jess: Do what?
Emily: Make that poor boy fall into the water.
Jess: Yes I did. He insulted our pride.
Anna: What are tu talking about?
Jess: He was about to ask where we came from. He should have known.
Emily: tu can't expect everyone to know we are French.
Jess: Everyone must know we...
continue reading...
Trainz Episode 85
posted by Seanthehedgehog
Narrator: Sean, and Austin were getting passengers onto their train. I arrived to get pictures of them for the fotografía company I was working for.
Passengers: *Getting on board the train*
Sean: Conductor, when do we leave for Nova Station?
Conductor: Five minutes.
Austin: *Sees S.B. walking towards them* Hey, it's S.B.
S.B: Hello guys, and smile. You're wanted in a picture for a newspaper article.
Sean: Fantastic.
Narrator: I took their picture, then moved to the left side of their track to get pictures of the cranes. Just then, a ship arrived, blowing it's horn.
Sean: What do tu think is on that...
continue reading...
Trainz Episode 84
posted by Seanthehedgehog
Tony & Tito: *Double heading a freight to Eastwood*
Narrator: Tony, and Tito were new to Kenny's Line. They had just finished getting rid of their Monon paint schemes. Tito was painted in Penn Central black, and Tony was painted in Conrail blue.

Tito & Tony: *Coming out of the sheds to mostrar off their new paint schemes*
Kenny: Very nice tu two.
Tony: Thanks.
Kenny: You're welcome. I need tu to take a train of piggy back trailers, into Eastwood. There are 30 freight cars on the train.
Tito: Okay, we can do it.
Tony: The train's in the yard, right?
Kenny: Correct.

Theme Song:...
continue reading...
Trainz Episode 83
posted by Seanthehedgehog
Austin: *Pulling five flatcars of steel out of Mossberg Harbor. He stops siguiente to Sean, and Mily, waiting for their passengers to board their train* Hello tu two.
Sean: Hi Austin.
Austin: Did tu hear that Jazlin is getting repainted?
Mily: Yeah.
Sean: I saw her a few hours ago. She's getting painted pink. The paint scheme is halfway done.
Austin: I can't wait to see what she looks like when it's finished.
Sean: You, and me both.
Austin: *Pulls his train*
Conductor: All aboard!
Mily: *Blows her whistle twice, and rings her bell*

Narrator: It's a wonderful día on the Northern Errol Line-
Panzer: *Passing the Zorrin freight depot with a freight train* It's not supposed to be wonderful! It's supposed to be treacherous!
Narrator: I was just about to say that.
Station Master: Come up with something new!!
Worker: tu use that joke in every episode!
Audience: *Laughing*
Narrator: We'll get to that, but first, we must go through the opening credits.

Worker: $50 says he doesn't find a new joke.
Station Master: tu got yourself a deal.

Sean: *Smiling at Amy, and Hatti as he leaves Mossberg Harbor with...
continue reading...
Trainz Interviews: Mily
posted by Seanthehedgehog Mily: *Smiling with her eyes closed*
S.B: Mily.
Mily: *Opens her eyes* Hm?
S.B: The diesels all think you're sexy. How do tu respond to that?
Mily: *Blushes* I don't know how to respond to that. siguiente pregunta please.
S.B: What is your favorito! part of being on The Island Of Errol?
Mily: The scenery, working with my friends, and seeing my passengers having a good time. It's really wonderful.
S.B: In this show, we've seen tu have más wheel slips than every other engine. What do tu have to say about that?
Mily: I guess I'm the queen of wheel slips. *Giggles*
S.B: Is it true, that tu only get nervous...
continue reading...
Trainz Episode 12
posted by Seanthehedgehog
Theme Song: link

Pictures of other characters

Weather reports were going around the Island of Errol about a big snowstorm. At least fifteen inches of snow were to be expected.

All of the engines all over the island were being informed about the storm. 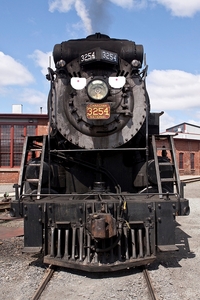 Pictures of other characters

Episode 11: Happy navidad To All, And To All A Goodnight.

The engines on the Island of Errol enjoy Christmas. One of the reasons for this, is because of all the passengers with smiles on their faces. They are either going to visit family, and friends, o buy presents for Christmas.

On the 23rd of December is Sean's birthday. He enjoys celebrating it, because it's two days before Christmas. He was collecting más passengers at Mirage station, and would head west to Nova. Mike "Fonzi" arrived.

Shayne, Carter, and Jerry work together bringing supplies to the Hunterdon Central Railway. They do this everyday, and go as fast as they can. The quicker they deliver the supplies, the más money they get from Hunterdon Central.

When they pull the train, they always go on the line where Delta station is, because it's...
continue reading...
Trainz Episode 7
posted by Seanthehedgehog
Theme Song: link

Episode 7: Change Is The Law Of Life

Makenzie: I'm not putting on make up. Why do trains even wear it?!
Georgia: It makes tu look sensational sugar. I wear it all the time.
Makenzie: I'm just not into that stuff.
Georgia: How do tu know unless tu try it?
Makenzie: I guess I'm nervous, and don't want to be embarrassed about it. *Goes to do her...
continue reading...
The History Of Sodor - Automobiles3
posted by Seanthehedgehog
This is an updated version of an updated version of an articulo I previously published here.

The Island Of Sodor is well known for it's trains, and talking vehicles. However, not everyone rode on trains. Some people used automobiles to travel around Sodor. When it was first found in 1810 por the British, there were no automobiles on Sodor until 1920. At that time, the only cars on Sodor were manufactured por Vauxhall. In 1931, Sir Tophamm Hat arrived, and started building the North Western Railway. He had one of the Vauxhalls until 1943, when he ordered a Rolls Royce.