3
To Start a New
posted by Rainflowers
Note: I'm still looking for Speacilist and Witches (or Villians) but I think I have enough fairies. Although I might have room for one more. Of tu want to enviar a character answer the preguntas in my anterior artical. On with the Story :) Don't worry if tu charater doesn't have a large part in this one. I will try to give all characters equal part in every story, but it's kind of hard when ever tu first start.

Kristina sighed as she put her purple headphones in her ears and pulled her capucha, campana over her wildly curly hair. She walked through the gates of the famous fairy school. She looked around pulling her heavy black backpack. She couldn’t believe that it was only a mes since the Winx had come to her high school and told her she was a fairy. She sighed at the memory. Now she was here. No friends, no idea what to expect. She walked up to someone who looked like a teacher. She stated her name quietly and the teacher pointed towards a group of large students who were crowded around a lady with white hair and glasses. She seemed to be the principal. Kristina walked slowly towards the group, not bothering to take out her earphones, however she did turn down her volume. She stood siguiente to a girl with long wavy curly light brown hair. She had big, bright purple eyes, a medium skin tone; light brown wavy long curls, she ha a soft mouth and a small nose, and was about 5.3 ft. She was wearing a long sleeve short parte superior, arriba rosado, rosa cebra camisa, camiseta over a black tank top. She was also wearing a light colored jean mini skirt, knee high black boots, and her hair is down with a clip holding bangs back. She had painted her nails a bright pink, and she was wearing light rosado, rosa lip gloss and brown eye shadow with black full eyelashes. She was probably older than me, Kristina thought.
She sighed again, wishing she was back home, with her friends. She didn’t want to be here, at all.

Jasmine looked around at her environment. The school for hadas was very big, and she could see a lot of new students. She sighed then, remembering the fact she’d still be the oldest. She spotted a girl who looked to be about fifteen o sixteen, but she looked nice. jazmín decided to stand siguiente to her. She had a dark purple elbow length camisa, camiseta and has a hoodie with a black jean folded falda with a sliver estrella belt. She had on black pisos with a small heel. Her hair pulled backed back with a purple headband with a star. She had a delicate chained collar with a single purple pearl. She had her capucha, campana up and jazmín saw black and purple earphones in. She looked sad almost. jazmín walked up to her.
Jasmine looked around; she couldn’t believe that she was actually here. After all she’s been through. She watched as everyone stumbled through the doors and towards their new homes. Following the crowd jazmín stumbled to her room, which was luckily on the first floor. She opened the door to find a very spacious living space.

Violet stood in her new dorm room. She noticed the three beds and figured out why her room was the larges out of the apartment. She had two roommates instead of one. She glanced quickly at the lista of names on the wall. Julie & violeta & Megan. It heard. She glanced quickly at the other doors. Kristina & jazmín and the other one dicho charlotte & Lilly. violeta sighed, she didn’t know any of these people, however, she tried to stay optimistic. Just más friends, she thought, and started unpacking her things. Just then a girl with long brown hair and green eyes walked in. violeta bounced up to her, “Hi!” She squeaked, hoping it would be one of her roommates. The brown hair girl smiled at her, it wasn’t until then that violeta noticed that she seemed older than her. “Hi, my names Jasmine, but tu can call me Jas. What’s yours?” She asked, her voice was very nice, but at the same time it was strong. “Oh, my names Violet, but tu camioneta, van call me Vi.” violeta answered. Then another girl walked in. She had long brown wavy curly hair and purple eyes. She smiled sweetly at them. “Hi,” She dicho as she walked up to them, “My name is Charlotte, but tu can call me Rose.”

Charlotte looked glanced around nervously at the room. She was so excited, she was at Alfea! She couldn’t believe her luck of her brothers and her’s el espacio pod landing in Magix, making it possibly for her to go to Alfea and him to go to Red Fountain. She smiled warmly at the other two girls in the room. One had long brown hair and green eyes. She was slightly tanned and tall, she looked strong, and well filled out. She was wearing black tank-top, short jeans, flip-flops and her hair was down. She looked older than charlotte and charlotte discovered that her name was Jasmine, o Jas, and that she was twenty, making her the oldest freshman t Alfea. However in her defense, she didn’t even know she was a fairy until this summer. The other girl was named violeta and like to be called Vi, she was 16, like Charlotte, and had silky one sleeve blue top, black jeans, and red ballet pisos on. She had green eyes, pale skin, and light blond hair; she looked to be about 5"5, and had a n manzana, apple body type. As they were talking three new girls walked in.
Lilly looked inside her room to find three girls already there. Lilly, Megan, and Julie looked awkwardly around the room. “We this is our room and we share it with someone named Violet.” Megan said. The girl with light blonde hair stepped forward, “That’s me, and so I guess were all going to be sharing a room?” violeta asked excitedly. Lilly sighed, wishing she was the one sharing a room with her two friends. She stepped in front of a different door that had her name on it. The girl with long curly and wavy brown hair walked towards me. “So are tu Lilly?” She asked. I nodded slowly as she stuck out her hand. I shook it slowly while she dicho sweetly, “My name is charlotte but tu can call me Rose, I’m from Evergren.” She dicho excitedly. Right when I was about to answer her, a girl walked in.

Jasmine stared at the girl who had just walked in. She was her roommate, unless she was in the wrong room. jazmín remembered her; she was the one who had the headphones in. jazmín walked up to her, “Hi, my name is Jasmine, I believe we’re roommates.” She dicho smiling at her. jazmín then noticed for the first time her face. She had big dark blue eyes, they were almost black. She had a fair skin tone, not to white, not to dark. She also had shoulder length really curly caramelo brown hair, she looked about 5.1 ft, and she seemed very small and young.

Kristina groaned inside her head thinking, what have I gotten myself into? But she smiled back at the girl named jazmín and removed her capucha, campana and earphones, reviling her messy hair. She laughed to herself when the others saw her hair. “Hi,” She dicho sweetly, “My name is Kristina o Kristi if tu please.”
rochchick, gelele and 1 other like this
robobot14 Great story so far!
lovebaltor Awesome job so far! :) I'm glad how you included a part for each character :) Can't wait for the next part ^^ Oh! If you ever need an image of Jasmine; don't hesitate to ask.
Zmidy313 It is sooo amazing!!!!
5
winx again Part.12
posted by CyD12
Megan: but those are 2 planets!
Bridgette: yeah! how are we going to protect 2 planets at the same time?
Faragonda: thats why i will devide you!
Ariel: what?!?
Faragonda: 3 will be in one planet and the other 3 will be in the other planet!
Haze: but just 3 hadas cant save a planet!!!
Faragonda: the specialist will help you! and some other fairies....
Rosella: that will be hard! i mean is our first año of school! we dont know that much!
Faragonda: that's why some other faires will help you!
Haze: who are does fairies?
Faragonda: they will be here soon...
Griselda: they are here!
Faragonda: ok... girls...
continue reading... 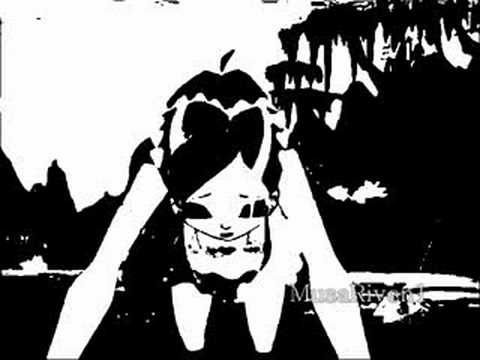 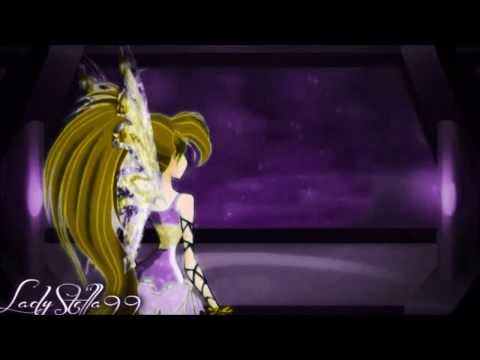 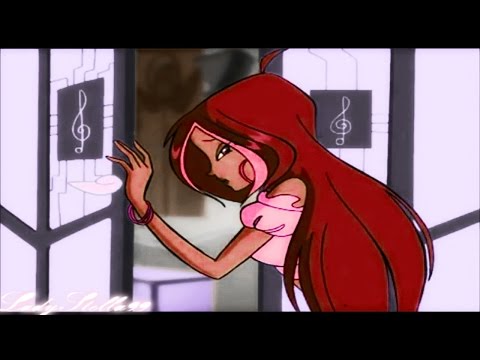 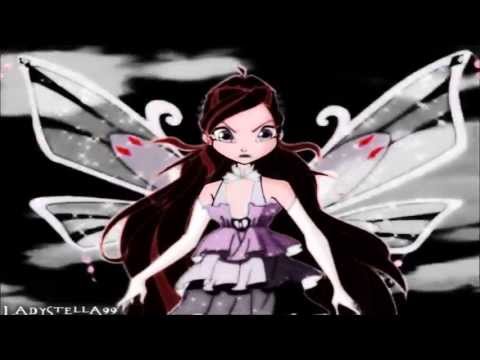 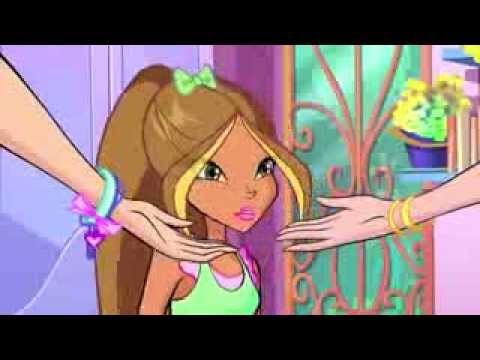 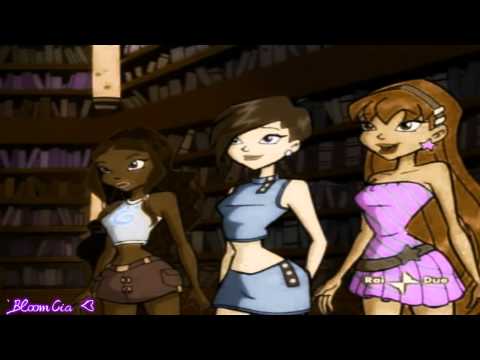 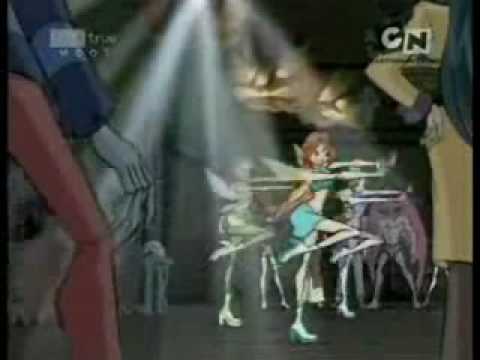 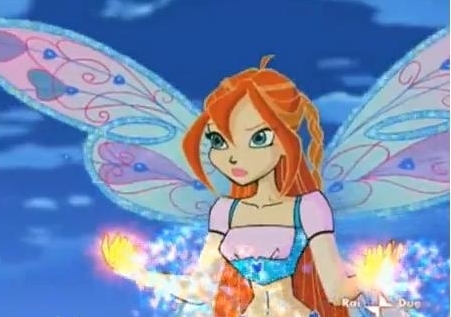 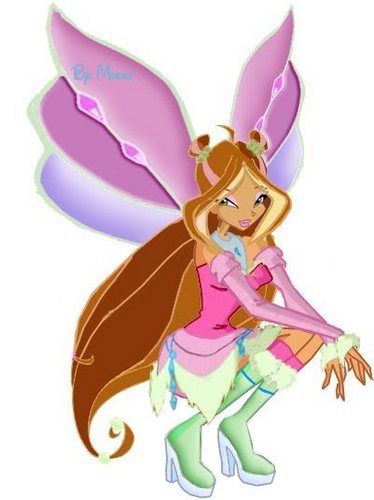 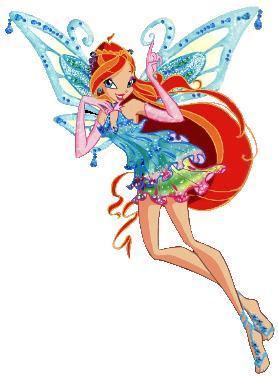 5
Flora: Sirenix Makeup Tutorial
added by 101musastella
video
winx club
fan video
2
Odds Against One Ch.6
posted by TaySFloraVEVO
Thank tu sooooo much Sam for all your help, and sorry for updating so late. We're all done moving!!!

I woke up feeling weak and drained, and my entire body was screaming in pain. I squinted my eyes to see, and even that sent waves of agonizing pain through my head. As my eyes slowly adjusted to the complete darkness, I saw a figure standing in the shadows in front of me. He walked out, and he started speaking. I couldn't hear o understand what he was saying because the ringing in my ears was so loud and vivid, but all I remember really is that his low, dark voice sent shivers throughout...
continue reading... 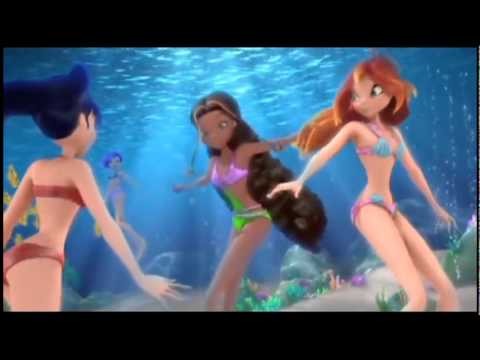