12
Short Descriptions of The Return: Shadow Souls and The Return: Midnight
posted by DaisyInTheField 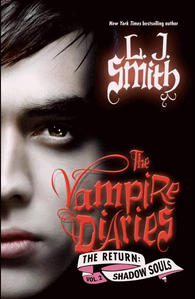 The Return: Shadow Souls
Elena Gilbert is once again at the center of magic and danger beyond her imagining. And once more, Stefan isn't there to help! Elena is forced to trust her life to Damon, the handsome but deadly vampire who wants Elena's, body and soul.

They must journey to the slums of the Dark Dimension, a world where vampiros and demons roam free, but humans must live as slaves of their supernatural masters. Damon's brother, the brooding vampire Stefan whom Elena loves, is imprisoned here, and Elena can only free him por finding the two hidden halves of the key to his cell.

Meanwhile, the tension between Elena and Damon mounts and they are getting closer día after día until Elena is faced with a terrible decision: which brother does she really want to be with?

The drama, danger and star-crossed amor that fills each Vampire Diaries book is in full effect here, with Elena Gilbert once again filled with supernatural powers.

Golden girl Elena Gilbert is back from the Dark Dimension, having successfully freed her vampire boyfriend Stefan Salvatore from imprisonment. Saving Stefan had an unlikely consequence: his vampire brother Damon Salvatore has become a mortal.

While the trio reels from this latest twist, they must still deal with the demons that have taken over Elena’s hometown, Fell’s Church. As in every L.J. Smith novel, no matter how dark the night, there is always a happy ending. MIDNIGHT takes Elena, Stefan, and Damon to their darkest moments yet...
kathyism, lilyZ and 10 others like this
mizzsalvatore12 hope she picks Stefan
ale_123 hope she picks stefan...:)
lilyZ hope she picks Damon...
catcow888 Want more book reviews? Follow me: http://readers-indigestion.tumblr.com/ This book is physically painful to read. Shadow Souls - L.J Smith It signifies everything I absolutely hate about a book and life in general. Firstly, it is completely unrealistic. And no, I’m not talking about the fact it’s filled with Vampires and Witches. I’m talking about the horrible characters within. Elena is obviously meant to be the role model. She’s pretty and nice which is what most human beings want as qualities. But she doesn’t exist. The idea you’re meant to get is that she’s popular and very nice, but if you delve just that eensy bit deeper, you see that she’s actually a vain bimbo who’s incredibly up herself and cheats on her boyfriend. At least once every chapter she talks about how “Vampires can’t resist her because she’s beautiful. Oh and because she’s got an aura they can’t stay away from.” If she’s not talking about her aura, she’s talking about her hair. Or how she feels in a dress only she can wear because it needs a perfect body to look good. Page 3: “I…don’t think it’s vain to say that I’m beautiful.” Page 24: He took her in, her eyes and her face and her hair floating weightlessly in a cloud of gold around her shoulders. Page 25: “Damon was giving one of those rare genuine smiles he seemed to have only for Elena. Page 368: Lady Ulma called it a ‘goddess dress’, hadn’t she? It was certainly a dress you could only wear if your body was very young and very close to protection. I’ve just picked a few scenes where she talks about how wonderful she is. The story line is completely ridiculous. Elena dies (whoop!). She comes back as a vampire (Oh). She dies as a Vampire (Yippee!). She comes back as a weird angel thingo (Fucking hell). She can’t speak. She evolves into a human with an aura and can summon wings. But of course, she’s so dumb she doesn’t actually know how to use them. I mean, what? You can’t keep killing off you’re character, then deciding “hey! I wanna make a few more bucks, so lets bring the main character back time and time again to make the series longer!” If that’s seriously what it takes to keep your audience interested, then your a shit writer. To sum it up, the characters are awful, the story line is confusing and makes you not care after Elena returns to the living for the THIRD time. It’s physically impossible to find an Elena out there, as there can’t possibly be a person so irritating and stupid. I give this book a 2/10. Only because there’s one character (Bonnie) who you could actually walk past in the street, and they made a T.V series with Ian Somerhalder in it. 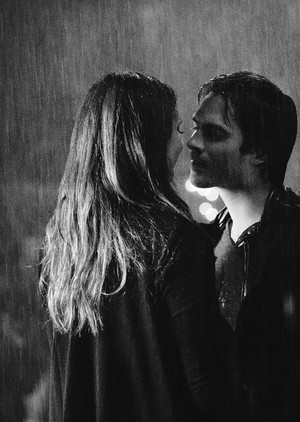 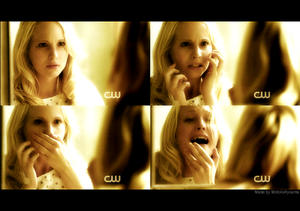 Bonnie and Enzo
added by kwiatuszek446 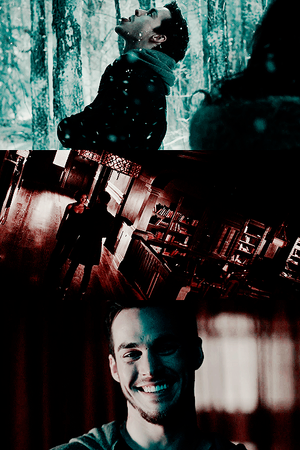 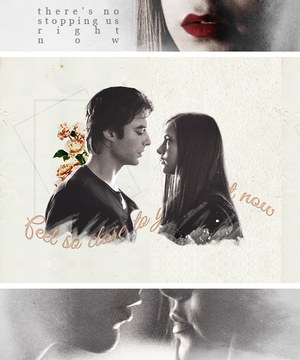 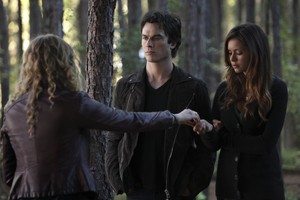 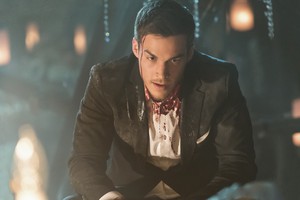 3
The Vampire Diaries "I'm Thinking Of tu All The While" (6x22)
added by nermai
Source: farfarawaysite 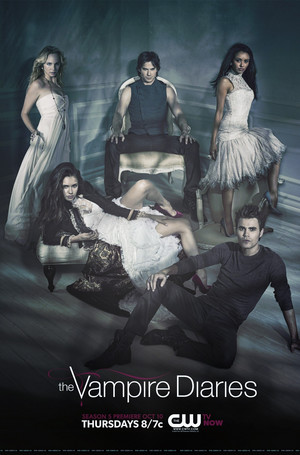 The Vampire Diaries edits por me.
added by Sakkara98
Source: Me 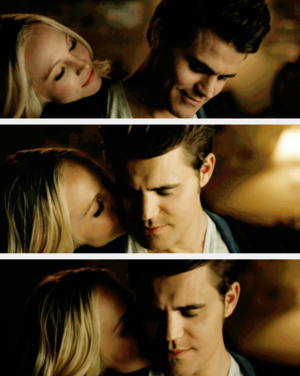 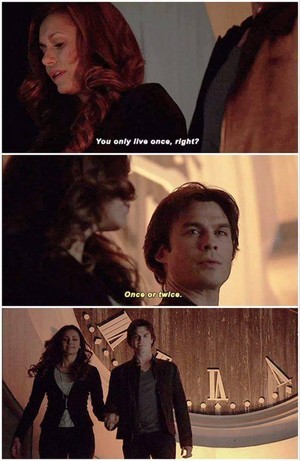 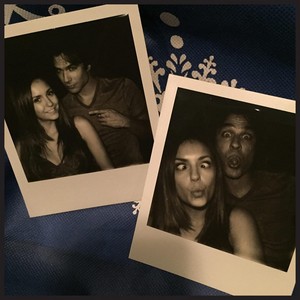 3
Ian&Nina while shooting the last Damon&Elena scene.
added by MariLena16 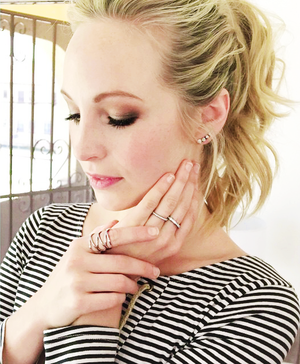 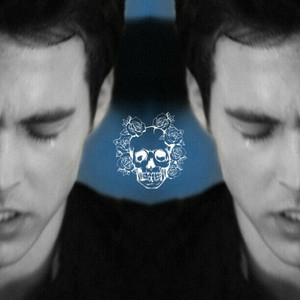