The Host Chapter 7 The Hunt (4/10)
posted by HaleyDewit
“This morning the body of deputy Greg Ferrel was found on a parking lot. Investigators say the death cause is yet unknown, but the body seems to be drained of blood. Looks like that popular vicious beast has returned”
The camera was pointed at the corpse which was covered in a black body bag and a foto of a mid-thirty año old man with blonde hair was shown.
Bonnie shut the televisión down and sniffed. She turned around and headed to Damon’s ‘bedroom’. She entered the space, but before she could say anything Damon said: “I didn’t do it. It wasn’t me” Bonnie sharply looked at him and a cut appeared on Damon’s temple. “Don’t talk unless I give tu permission” she hissed. She walked towards him and grabbed his face with her nails. She stared in his eyes, trying to read if he was lying. After what seemed like hours she let him go. “I believe you” and Damon let out a relieved sigh. “It could be Katherine, she’s a human blood drinker” Bonnie continued, más to herself than to Damon. She reproachfully looked at her hostage. “You need to keep an eye on that vampire friend of tu o she’ll kill the whole town. I can’t spend my time on everyone, tu alone is hard enough”
“Here’s a thought, tu could let me go” Damon suggested sarcastic. He wanted to let his arms down; he was having a cramp por hanging there like that. Bonnie nodded and noticed how Damon’s face lightened up a bit. “No, not in that way. I need tu to watch Katherine”
She mumbled the words to open the chains and Damon rubbed his bruised wrists. He spun his arms around to loosen them. Bonnie took him por the shoulders and looked in his eyes. “Damon, I order tu to go to Katherine. I forbid tu to go o talk to anyone else but Katherine o me. Understood?” Damon nodded. “Go!” Bonnie ordered. 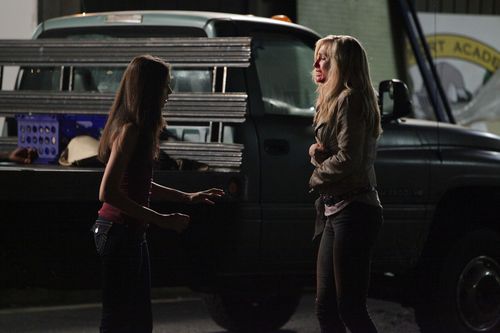 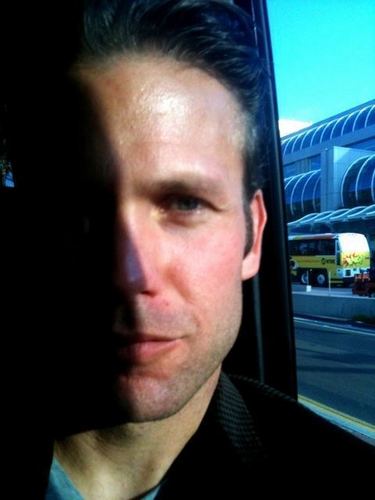 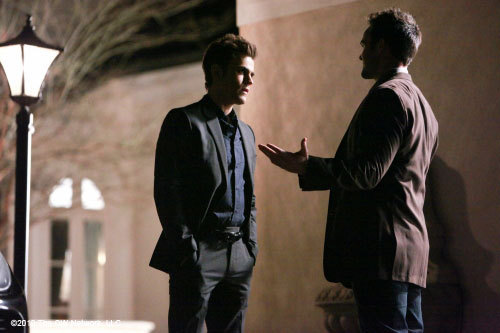 7
1.18 - under control - promo fotos
added by cr6zym0nkeyiz
5
Delena Part 4
posted by c_j_clark
I woke up slowly the siguiente morning. My eyes were thick with sleep from the dried tears. I rubbed my eyes hard and blinked them open. The sun was streaming in through the open window. I didn’t want to think about what I had heard last night. I tried to blank it out. Looking at the clock on the muro I saw it was 9.10am, and I could hear Aunt Jenna downstairs. Suddenly my phone buzzed with a text. I picked it up and saw it was from Damon.
Are tu busy today? If tu are then cancelar your plans. I’m taking tu somewhere. I’ll pick tu up at 11am, ok? Make sure you’re ready x
I smiled at his...
continue reading...


Julie: ”I just like the stories of when they all have to fly together and Nina’s like ‘Oh my bag’s lost!’ and the boys are like ‘Come on we gotta go.’”
Interviewer: “Couldn’t tu just go and threaten the people at the airline counter on her behalf? Just to scare them a little bit, to find her luggage?”
Julie: “No they left her at the airport -“
Nina: “- on my birthday!”
Ian: “We told her take a taxi…”...
continue reading... 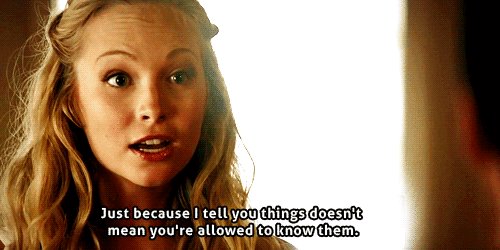 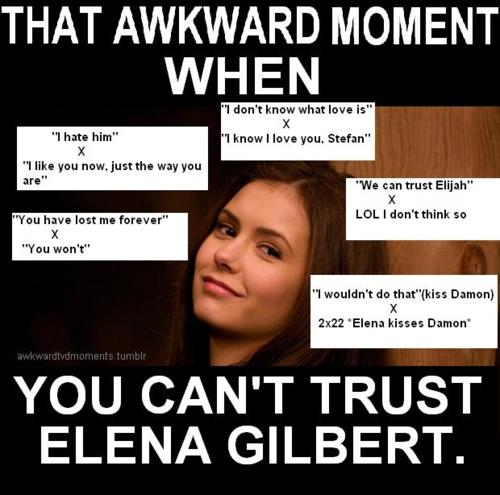 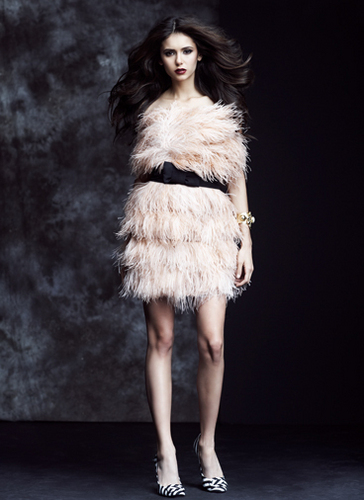 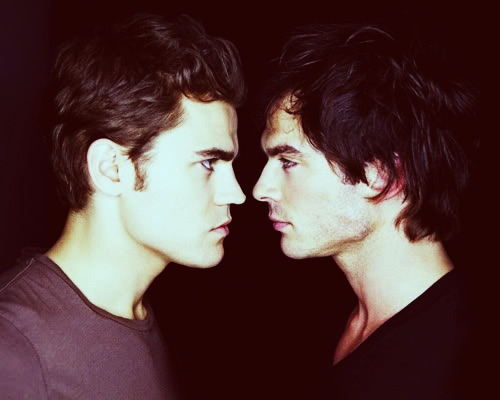 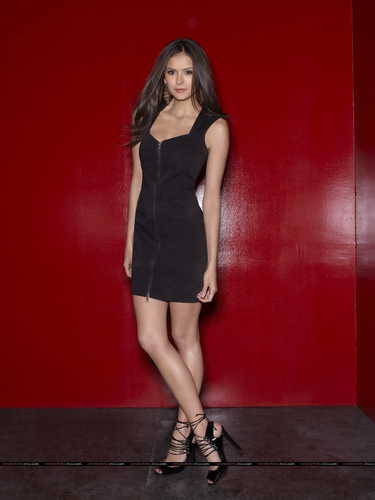 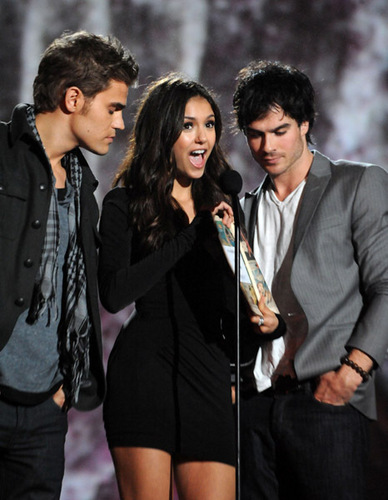 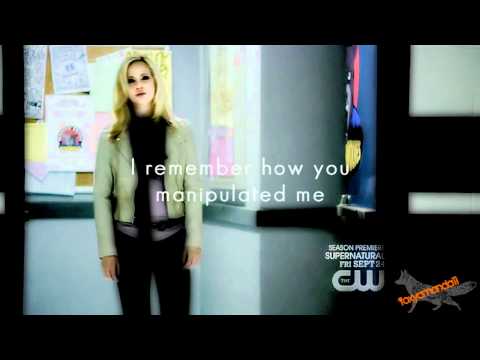 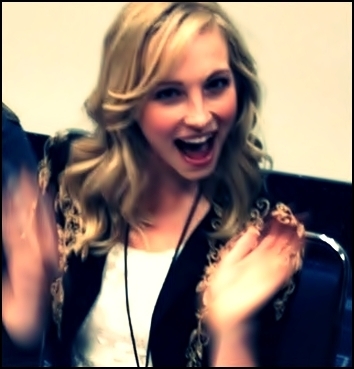 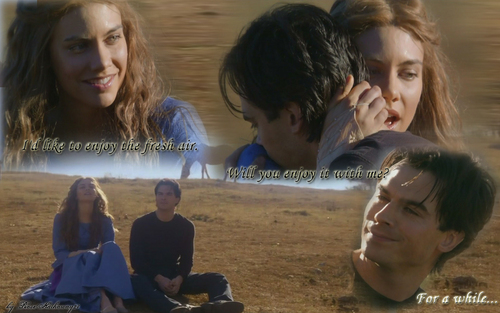 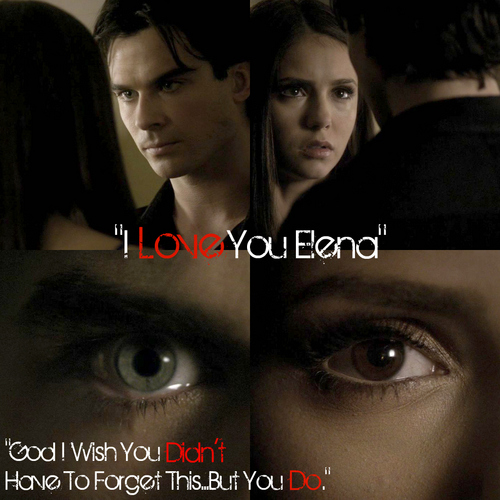 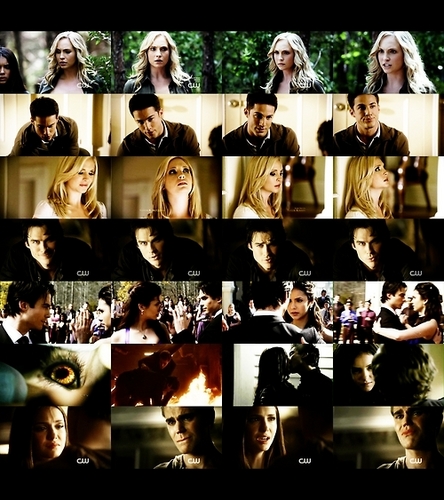 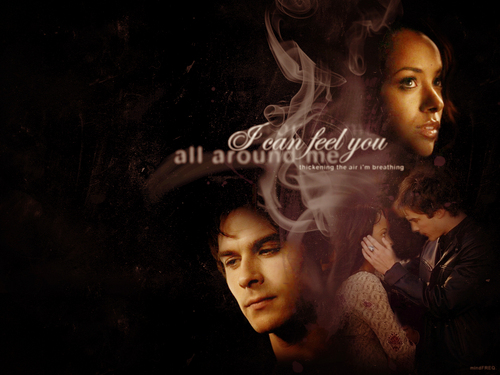 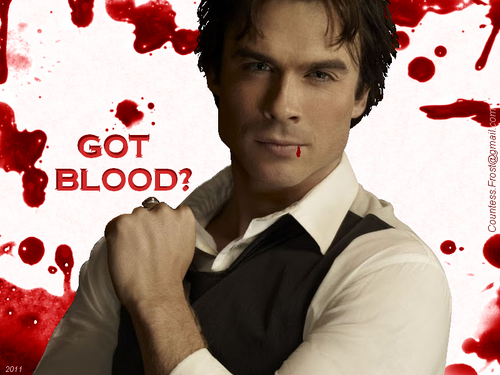 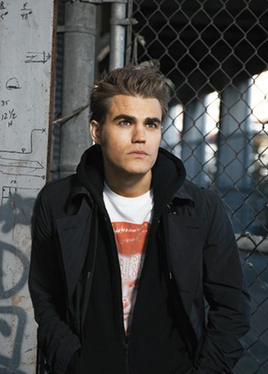