Based on the novel por Suzanne Collins


FADE IN:
We focus onto what appears an abandoned battle field.

Streets are littered with broken glass shatters, turned over
dumpsters, trash and other debris of buildings. The aftermath
of a riot.

Even inside, the rioters have done their job. The destroyed
room is framed por smashed in windows, words and other
graffiti soak in on the walls. Small flames of fuego arise
from different areas.

The beginnings of an Uprising. 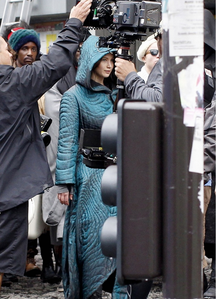 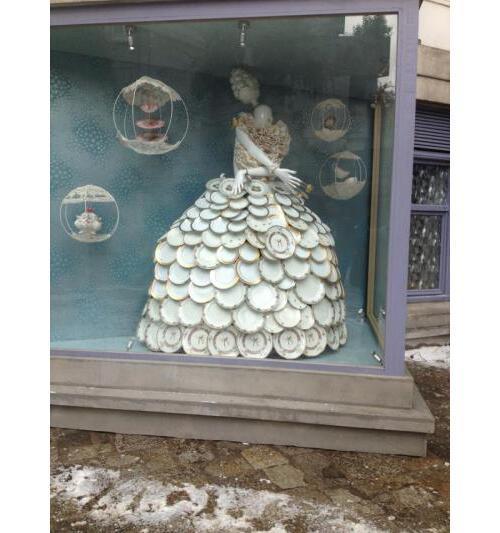 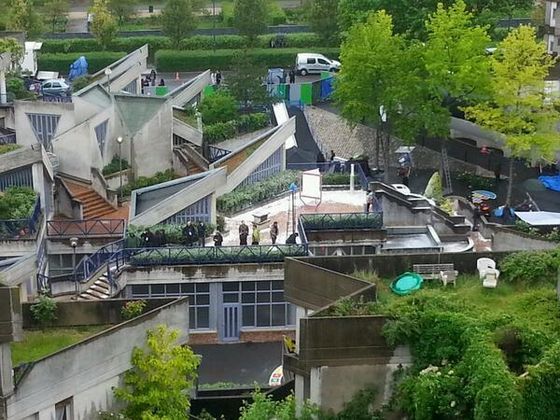 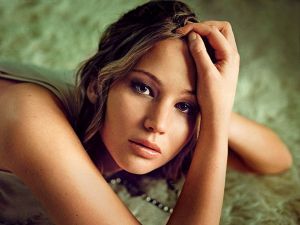 Academy Award winner Jennifer Lawrence reprises her epic role of Katniss Everdeen.
Color Force/C4 Productions in association with Larger Than Life Productions are in pre-production on the feature film "The Hunger Games: Mockingjay - Part 1". This is the first half of the third installment in the blockbuster hit The Hunger Games trilogy, and will be filmed back-to-back with "The Hunger Games: Mockingjay - Part 2". Shooting will run from September 16, 2013 through May 20, 2014 and will take place in Atlanta, GA and Boston, MA. Principal actor casting for the main roles will take place in Los Angeles with additional actor casting in Atlanta and Boston. Extras will be cast throughout...
continue reading...
2
A Charcter Left Out of Catching fuego Film
posted by sharongamelove 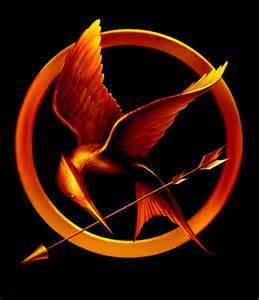 According to "Pop Sugar Rush", one member in the "Catching fuego book will not make an appearance in the movie. This character plays as one of Katniss's friends back at the hob of district 12.
In the book when Katniss rushes to Gales aid during his brutal whipping, their is dicho to be an unconscious peacekeeper on the ground. One who supposedly ran to Gales aid before Katniss had.
later on when Katniss and Peeta are preparing for the, "Quarter Quell", this young peacekeeper has faced his punishment for interfering during the whipping. He has been turned into a mute servant, an Avox. President Snow has strategically made this Peacekeeper Katniss's Avox just to weaken her and it works.
Even though Darius plays a small role in the story, he plays a major part in katniss's life.It is a little sad that we wont be seeing our red-headed friend in November when the film comes out.
2
Are we all true fans of the hunger games?
posted by sharongamelove
The other day, I came across an articulo about Hunger Games fans who are upset about the casting of Cinna and Rue. People have had a different view of what Rue and Cinna should look like.
In the book it says that Rue and Cinna have dark skin. when the movie came out in March, some people were shocked por the fact that Rue and Cinna were black. Some even dicho that the fact that Rue and Cinna were in fact black," Ruined the movie".
This is just my opinion and I'm sorry if any of tu guys feel this way, but I'm not going to lie, Amandla Stenberg is one of the most adorable little girls I have ever...
continue reading...
4
Hunger Games Peeta and Gale Casting
posted by sunshinetricia
According to link, Peeta and Gale have now been cast for The Hunger Games movie. Peeta will be played por Josh Hutcherson and Gale will be played por Liam Hemsworth.

People all over the Internet are debating whether these are good casting choices. While speculation had been going around for the last month, many people were surprised at these choices.

Personally, I don't think that any actors would have lived up to what I had in my head for the characters. They usually do not. Liam Hemsworth does seem a little bit to "suave" to play Gale because Gale was the más reserved, backwards character of the two. Josh Hutcherson seems a lot younger than Liam although they are supposed to be about the same age.

A lot will change as we start to see pictures taken during filming. Changes in hair style, clothes, and mannerisms are really what make the characters. It's worth giving them a chance.