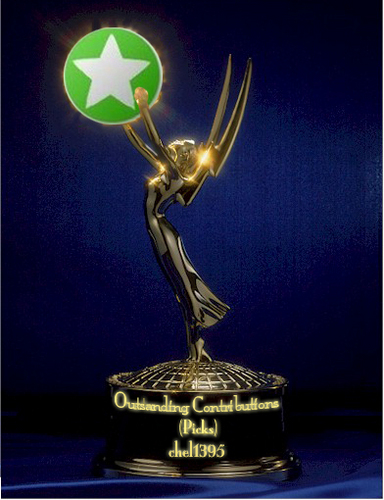 18
Trophies!
added by blisslikethis
Source: the emmy awards, and me! 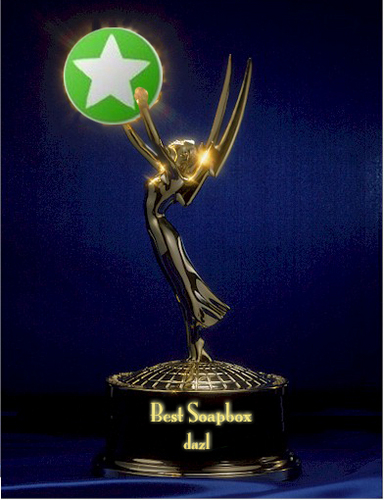 15
Trophies!
added by blisslikethis
Source: the emmy awards, and me! 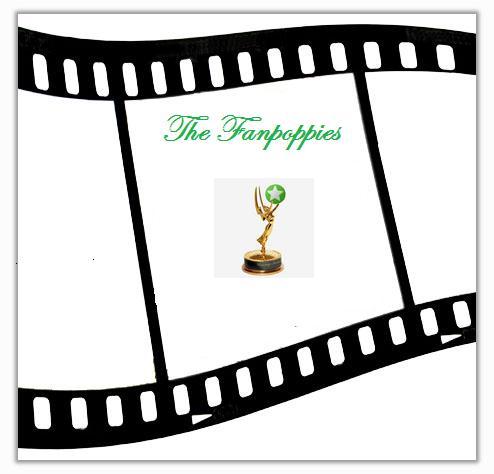 12
The Fanpoppies Televised
added by Temptasia
Source: Me
1
STOP TPP! COME ON! SIGN AND SPREAD THE WORD!
posted by MisterH
Copied and edited from: link

THIS IS VERY URGENT AND NOT A JOKE! ALSO DON'T GOOF OFF!!!!

First of all, this is por no means an acceptance speech. DrDevience started the tradition of us constructive criticism award winners NOT giving a speech, and therefor I'm continuing it. Besides, it's like, four months later, and you're still waiting for my acceptance speech? Aren't tu lovely and devoted fans! But alas, I shall disappoint you, yet again. That is the curse of being worshiped.

Second of all, I thought I'd just say what everyone has been thinking-- the 2009 Fanpoppies were cold. Ice cold. Actually, that's a little unfair. Ice cold implies that there was effort that went in to making...
continue reading...
23
ClassicalNadia's Kind Acceptance Speech ❤
posted by ClassicalNadia 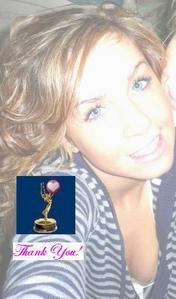 Thank you! ❤
I've never done this before, I'll try to keep it short and simple, so here I go! I would just like to say thank tu to the judges and for all their hard work organizing this event and thank tu to everyone who participated! Thanks to everyone who voted for me. I would also like to thank Dave Lu, because without him their would be no 'Dave Lu Humanitarian' award. tu are all beautiful, wonderful people! I am honored that tu would even think of me for this. Everyone's a winner in my books. :)

All the other nominees for this award, Ineedcoffee, Cammie, Cinders, and Amazondebs are all amazing...
continue reading...
17
Special Award Winners
posted by hooch-is-crazy

Well, here they are, the highly prestigious special awards, The fanpop Four Award For Constructive Criticism, The Dave Lu Humanitarian Award and The Lifetime Achievement Award.

This is the award for the fan who will never shy away from helping people, even if it isn't always positively recieved. All of these nominees are exactly that, from harold's excellent user guides, which provide an excellent amount of information to any new fan, and his artículos on fanpop etiquette, to Cammie's incredible ability to give consejos without sounding remotely mean,...
continue reading...
22
Cammie's Acceptance Speech (Or How A Half A Century Old TV mostrar Knocked 4 Spots Off Their Arse!)
posted by Cammie 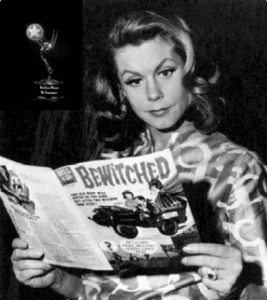 Bewitched is still magic!
Good evening Fanpoppers! Thank you, thank tu so much. Please sit.
Oh my stars, I'm totally floored!*deep breath* Firstly, I'd like to say what an honour it is for me to be here in a room full of so many awesomely talented fanpoppers. I'd like to begin por congratulating all the nominees and the winners in this year's Fanpoppy Awards.
I'm kind of at a loss for words as I don't have anything prepared which is why I actually waited so long before expressing my sincere gratitude.
My husband, being a very talented man in the advertising business had put together a nice little acceptance speech for...
continue reading...
18
EverybodyLies's Acceptance Speech for Best Soapbox (Informative) [aka SRSLY WORST SPEECH EVAR]
posted by EverybodyLies


I'd really like to thank Saul_Mikoliunas, pollyloveshouse, OhClip, and germany123. They're the real people behind the article. I just wrote it.
This thing says I have to write a longer article.
SO.
UHM.
I really really really appreciate all of yall voting for me. This articulo holds a special place in my corazón 'cause I want to be a journalist when I grow up, and when I look back, this'll be my ultimate starting point. soo...
yeah.
woohoo!
IT STILL HAS TO BE LONGER?!
I wanted it to be "thanks" but I GUESS THAT ISN'T GONNA HAPPEN. D:
tu guys rock. fanpop rocks. everything rocks.
19
Chel1395's Acceptance Speech (Otherwise Known as The Worst Speech Ever)
posted by chel1395
The setting: Fanpoppy awards ceremony. Last year’s winner for Outstanding Contributions to Videos, Neeki, stands at the podium. There is a wave of applause as she reads out the nominees for Outstanding Contributions to Links. The applause eventually dies down and a hush falls throughout the room as Neeki rips open the envelope. The nominees are on the edge of their seat, poised to rush on stage the moment their name is read. 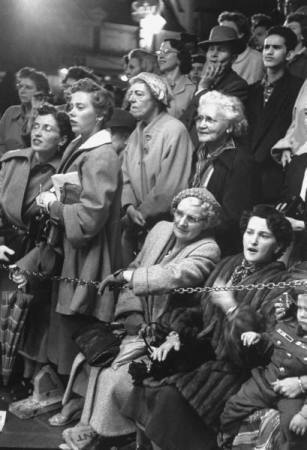 Everyone waits eagerly to hear the winner's name. 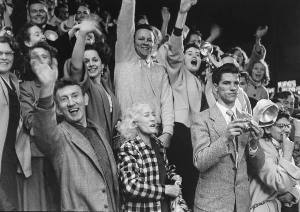 The crowd is so happy for Chel!! 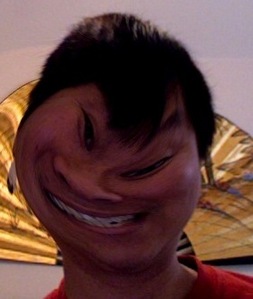 johnminh is giddy with his awards!
I have to say I’m usually pleasantly surprised whenever I open up fanpop. Whether it’s the awesome links, videos, images, o picks that are publicado o the crazy shenanigans of the users, there’s always something interesting going on here.

This morning (or evening, depending on which side of the ponds tu live in) was no exception with the announcement of the fanpoppies. It’s always amazing how these webevents bring out much excitement and bring out the best in everyone. So I guess it’s time to make a quick acceptance speech for the awards that tu all have bestowed upon me. I promise...
continue reading...
41
Fanpoppy Awards 2009: Final Nominations
posted by blisslikethis
It took me over 3 hours to compile this list. My eyes are now permanently crossed and my brain has turned to mush. That being said, if tu notice that something tu nominated doesn't appear on this lista it is likely due to one of the following:
- there were más than 6 nominations, so I only chose the nominations that came up at least twice
- I didn't see it (please tell me if tu think this is the case.. although frankly, my first instinct is to say "too effin' bad")
- it was disqualified for not being specific enough, o tu put it in the wrong category, etc.
- some other arbitrary happenstance...
continue reading...
36
parte superior, arriba 10 things the fanpoppies were.
posted by hooch-is-crazy

this is my lista of the parte superior, arriba 10 things the fanpoppies were/are, the fanpoppy awards spot was/is o the fanpoppy statue is/was:


9. The only award statue that has been interveiwed


8. In no way affiliated with the Emmies, Grammies o Dundies


7. Probably the main reason behind hooch-is-crazy's fan of the fortnight


6. One of the 10 best things about fanpop, according to Jamfan4


5. One of the fastest growing spots in fanpop's history, becoming a full spot in only 17 days


3. Fanpop's main (and as far as i'm aware, only) awards ceremony with más than one award


and, the number one thing the fanpoppies are is...

So there tu have it. the parte superior, arriba 10 things the fanpoppies were. 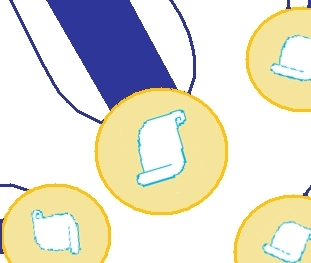 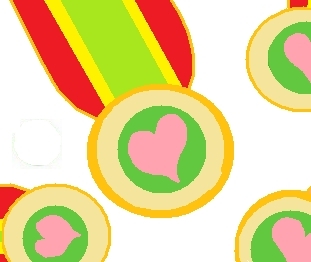 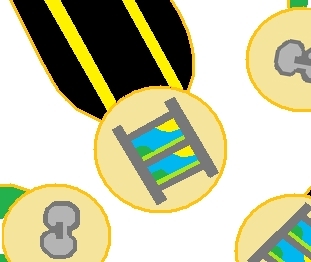 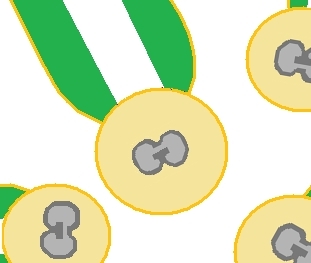 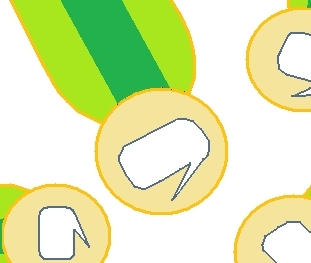 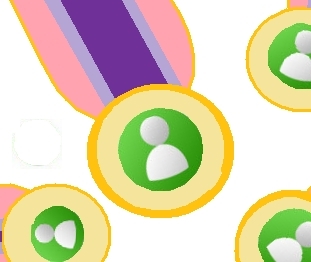 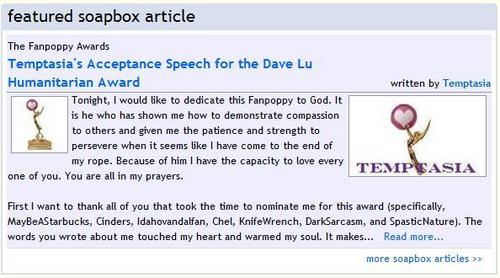