Flirting with Disaster Chapter 1: Eliminated
posted by poptrop300
Courtney screamed at Duncan and Chris as she was about to take the drop of shame. Chris shoved her and Blaineley out of the plane. The two women shrieked in fear. Courtney desperately pulled on her parachute. It opened. Meanwhile, Blaineley fell to the ground and broke most of her bones. As Courtney landed in China, she blacked out.

"W-What?" Courtney looked around. She was surrounded por clouds. "Where am I?"

"You're in your dream world." A voice said.

"Who's there?" Courtney asked. "Is that you, Alejandro?"

Courtney turned around and saw Trent standing there. Oddly enough, he had wings.

"Why are tu here anyway?"

"If tu want to get revenge on Duncan and Gwen… Then tu should flirt with Gwen's ex-boyfriend… Also known as me." Trent explained.

"I would… But I'm already crushing on Alejandro…" Courtney hesitated.

Trent frowned. "You don't have to like me… I mean, tu didn't like Tyler and tu flirted with him…"

"That's exactly what I'm telling tu to do… After all…" Trent took Courtney's hands, "We might end up liking each other…"

This was really freaking Courtney out. She had no idea what was going on.

"That's not possibl—" Courtney was staring into Trent's eyes. "Have your eyes always been green?"

"I… I thought they were brown…"

"Nope. Why are tu staring into my eyes anyway?"

Courtney quickly looked away. "Because you're staring at me and it's kind of creepy…"

"Face it Courtney, you're falling for me…" Trent smirked.

Courtney stomped her foot with anger. "I am not!"

Trent held Courtney in his arms. "You are so cute when you're angry…" He pulled her close and pressed his lips against hers. Courtney pleasantly closed her eyes. She seemed to enjoy this.

The door to the room opened. It was Bridgette. "Oh good! You're awake!"

"You're at the Aftermath Studio. Geoff and I came to get tu and, unfortunately, Blaineley after tu two landed. We picked tu guys up in our helicopter. Blaineley is in the infirmary. Hopefully she won't be recovering anytime soon. Anyway, you've been knocked out for a couple hours."

"Wait… I've been eliminated? No! My million dollars! My Alejandro!"

"What do tu mean?" Courtney was confused.

"Alejandro tricked LeShawna and I with his flirtation. That's how we got eliminated. He just used tu to get further in the game."

"But… He loved me…" Courtney looked as if she was about to cry.

"I thought he loved me too… But he left me stuck to a pole. Sorry Courtney, but Alejandro was just playing with your heart. And as we speak, he's playing with Heather's heart."

The door opened again. This time it was Gwen.

"Hey Courtney… I just wanted to—" Courtney threw a vase at her. "Ah! Hey! No need to throw vases at me!"

"Get out of here tu boyfriend kisser!" Courtney threw a potted plant at her.

Gwen screamed. "Or potted plants! Geez, I was just coming to see if tu were okay!" Gwen shut the door.

Bridgette put her hand on Courtney's shoulder. "She just wants to be your friend again…"

Bridgette took her hand off Courtney's shoulder with hesitation. "Okay… Well… Do tu want to see any of the eliminated contestants?"

"Like who? You're the only friend I have on this show…"

"Why? Do tu have a little crush on him?" Bridgette teased.

Courtney bit her lower lip and blushed. "I do not!"

"Whatever tu say…" Bridgette giggled as she left the room.

"Make Duncan and Gwen jealous por flirting with Trent… It's totally fool-proof!" Courtney dicho to herself.

Bridgette walked down a hallway. She saw Gwen and walked towards her.

"Hey Gwen! Do tu know where Trent is?"

"Probably in his trailer. Why do tu ask?"

"Courtney is looking for him."

Gwen raised an eyebrow. "Courtney? That's strange. tu know what? I'll go get him. Maybe she'll forgive me if I bring him to her."

Gwen shrugged. "It's worth a shot." She walked to Trent's room. She knocked on his door.

"Courtney wants to see you."

"Courtney? I haven't talked to her since the first season of Total Drama… I thought she hated me…"

Gwen turned the knob and opened the door. "Hey Court—" An alarm clock smacked her in the head. She fell on the floor.

Trent walked into the room. "Hey no need to throw alarm clocks at her!"

"I dicho get out!" Courtney screamed, cutting Gwen off. She took off her sandalia and was prepared to throw it at her. Trent quickly grabbed a hold of Courtney's wrist, stopping her from doing anymore damage to Gwen.

"Courtney! There's a better way to settle this!" He looked towards Gwen. "Gwen, Courtney would appreciate it if tu were to leave the room…"

Gwen got back on her feet. "As if that wasn't already obvious…" Gwen shut the door.

Trent let go of Courtney's wrist. "So, what did tu want to talk about?"

Courtney put her sandalia back on and stood up. She stared into Trent's esmeralda green eyes. "I just wanted to see my friend Trent…"

"Friend? We're friends? Since when?"

Courtney took a step closer to Trent. "I've always thought of us as friends, Trent."

Trent took a step back. "But this is the first time we talked since season one…"

"Oh… Well… I thought that maybe we can hang out a little more… tu know, have some conversations and stuff…"

"Great! So how about we have breakfast tomorrow?"

"Great!" Courtney cut him off before he could answer. "I'll meet tu in your room! Bye!"

Trent walked out of the room. Trent knew Courtney was up to something. He just didn't know what it was.

"Ooh! Sounds like tu got yourself a date!" Gwen gave Trent a nudge on the arm.

"A date? With her? As if that would ever happen…"

"You know, you're right Trent… She would never have any interest in someone like you."

"Gee, thanks…" Trent began to walk away from her.

Gwen grabbed Trent's arm. "No! I didn't mean it like that! I meant that tu don't exactly seem like Courtney's type…"

"I know what tu meant. I'll see tu tomorrow." Trent shut the door to his room behind him.

"Someone's got an attitude…" Gwen dicho behind his back. She walked away.

Trent threw himself on his bed. He stared straight up at the ceiling.

"I don't have a fecha with Courtney tomorrow… We barely know each other! All I know is that she used to fecha Duncan and she's a total bitch… Alright, I know she's up to something… I just need to find out what it is…"

Meanwhile, Courtney was putting a pair of pajamas she found in her dresser on.

"If I can just gain Trent's trust, then we can hang out all the time, which gives me the advantage of flirting with him so he can fall in amor with me, thus making Gwen and Duncan jealous! Courtney, tu are a genius! What could go wrong?"

(Made por schwarzekatze4)
(I'll be uploading daily)
mastertj87 Not bad! I think it's really cool. You do of coarse realize how p.o. Gwen's going to be?
3
amor Hidden, amor Forbidden Ch. 2: Happiness For One And All
posted by tdafan121 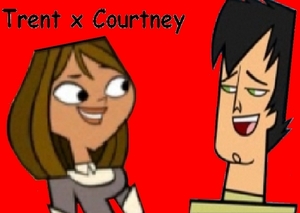 *sighs* Aren't they so perfect together?
(I'm going to skip the 3 days between each challenge and go to whoever is voted off with only the exeption of Ch. 5 [you'll see])
--------------------------------------------------
In the two days after that to come, much más happened. por now, the whole resort new and was in on the plan. Plus, they all wanted insider info about "Trentney" as it was called. Like Brangelina on a smaller scale. It being too awkward asking the two major insiders for information, I went to Bridgette, Bridgette went to Izzy, and Izzy told everyone here. She'd announce it to everyone else on Wawanakwa if she had...
continue reading...
3
amor Hidden, amor Forbidden Ch. 1: amor Hidden
posted by tdafan121 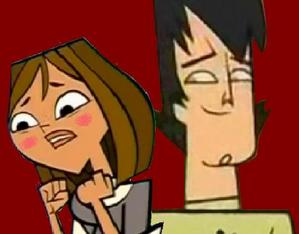 Trent and Courtney. Aren't they perfect for eachother?
(This begins somewhere between Izzy's 2nd elimination and After The Dock Of Shame and ends at TDDDDI. POV of Courtney.)
--------------------------------------------------
Izzy just got off the barco after being eliminated for the segundo time and yet was still all smiles. That girl is nutso. I was swimming in the deeper end of the pool, thinking about Duncan as usual. When I came up for air, someone paloma in, splashing me. I didn't care, because I was already wet, but still kinda peeved. The person came up infront of me. It was Trent. Considering I could care less about that guy, I swam away....
continue reading...
2
Just A Thought...OMG OMG OMG! 0.o
posted by dXcFan14
OMG OMG OMG!

Im a dXc fan BUT if duncan wasn't in TDI, TDA and TDtM then i would TOTALLY want them 2 get 2getha coz if tu think about it...

So i guess there's probably a gXd spot aswell >:( 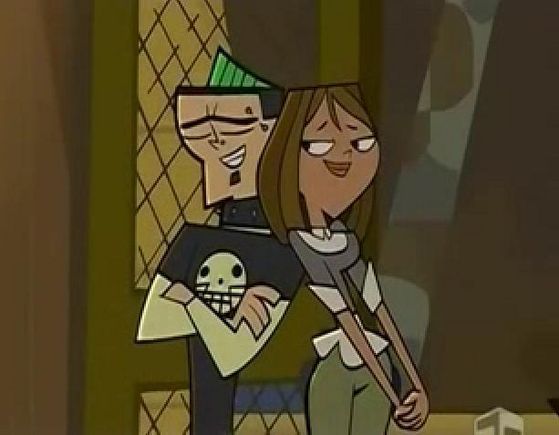 I can't help it...im officially OBSESSED with duncanXcourtney!
6
Real Couple?
posted by xxXsk8trXxx
Every Thursday night I yell at my TV saying "C'MON FALL IN amor ALREADY!!!!!!!"
There are más rumors about Trent and Gwen getting back together. If I was Trent, I would stay away from her at all costs.
Sience the DxG thing is really close to happening, I think TxC has a 99.9% chance.
Just think about it. From a small TDI spot with a poorly made icono to a popular cartoon show's newest cañón couple. And it's all thanks to a great idea from us Fanpoppers.
Courtney has called Trent a loser in the 1st TDA aftermath. That could change, tu know. It all could change.
But enough with the steryotypical 'cool guy and goth girl' couple. It's boring and stupid.
If we believe enough, the two could be a grat couple. They could get comentarios like "TxC forever!!!" But enough with that bullshit.
If Teletoon listened to all of our great couple ideas, than they would know what to do to make the fans happy.
But for now, mark my words:
TXC FOREVER!!!!!!!!!!!!!!!!!!!!!!!!!