9
The Life & Times of Sam Winchester
posted by twilighter4evr 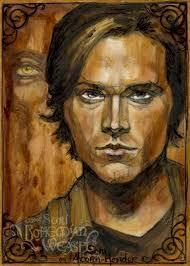 Sam Winchester artwork
In 1983 the Wichesters welcomed there segundo son into the world, Sam. On Sam's sixth mes birthday his mother Mary checks in on him only to find a mysterious man standing over his crib. Sam's father John hears Mary scream and then runs to the nursery to find Mary pinned to the ceiling then burning into flames. After 22 years while Sam was attending College at Stanford universidad on halloween his brother Dean breaks into his apartment with whom he shares with his long time girlfriend Jessica to tell Sam that there dad is missing and he needs his help to find him. Sam refuses to go with Dean because he swore he was done hunting but after hearing John's last message to Dean Sam agrees to go with him only for a few days. When Sam gets back his girlfriend Jessica isn't inicial so he retreats to his bedroom only to find Jessica pinned to the ceiling and buring into flames as his mother did so many years ago.
Later in Season One Sam tells Dean that he dreamt about Jessica's death before it happend he just didn't think it was true. His premonitions have lead him to saving a single mom with two children, another family from the same tragedy he went through, other people with powers simular to his not using them for the right reasons such as murder, & to a town full of people with a demon virus aka "Croatoan".
At the end of Season Two the demon Azazel who gave Sam his powers shows him what really happend in his nursery on his sixth mes birthday he shows Sam a flashback and realizes his mom knew the demon also seeing him putting demon blood in his mouth which later gave Sam his powers. After losing his life in "All Hell's Breaking Loose" his brother Dean goes and makes a deal with a crossroads demon to bring Sam back to life for only One año to live, Dean accepts the deal.
Throughout Season Three Sam trys everything to get Dean out of his contract but is unsuccessful. Sam having to hunt alone he turns to Ruby who suggests drinking demon blood to make him strong enough to pull demons out of there bodies & help saving people without killing them.
In Season Four after Dean is resurrected from hell por Castiel Dean realizes how bad Sam has really gone when Castiel tells Dean to either stop his brother o they will. Sam stops using his powers for awhile but always finds himself resorting back to it. At the end of Season Four Sam uses his powers to kill Lilith which set Lucifer free and began the Apocalypse.
In Season Five Sam doesn't use his powers much but suffers like any recovering addict still wanting demon blood. Later in the Season Sam decides that he is going to let Lucifer have him as his vessel and has to drink several gallons of demon blood to prepare for the battle that awaits him. In "Swan Song" Lucifer/Sam goes up agaisnt Michael/Adam for what they each want there world to be. Lucifer/Sam grabs Michael/Adam into the pit of hell to end the Apocalypse once and for all.
Unexpectly Dean finds out in the beginning of Season Six that Sam has been alive and out of the pit for the whole año that he was to believed to be dead. It was later revealed that the demon Crowley was responsible for getting Sam out of hell, however he left something of Sam's behind his soul which makes it impossible to have feelings, emotions, o sleep. Determined to get his brothers soul back Dean visits "Death" to see if there was anyway for him to get Sam's soul back without all the torture Lucifer & Michael put on it. Then "Death" says yes he could put up a muro how long the muro stays up is up to Sam.
What we can expect when Sam gets his soul back is unknown.
I'm hoping to see the old Sammy back the one we all miss and have grown to amor throughout the years. 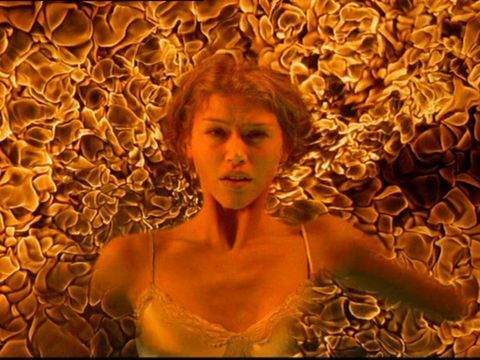 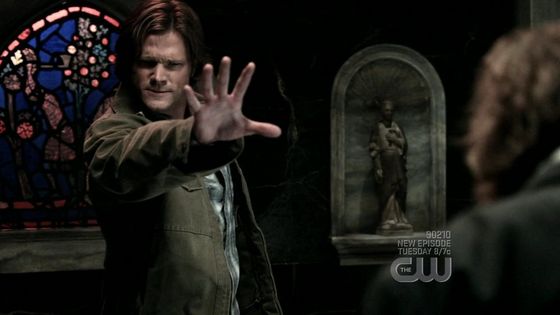 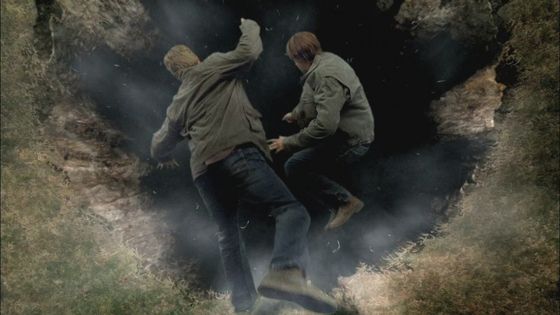 Lucifer/Sam going into the pit with Michael/Adam
flowerdrop, rakshasa and 7 others like this
HorrorFan101 Nice job :) writing competition entry?? Good stuff!
twilighter4evr yeah this is my Sam article :)
shomill Good job!
Kackahaluzova Awesome
4
What Family's For - fanfiction
posted by doctor-reid
hola guys, this is just a short piece of Sam's POV when he went to save Dean from the djinn in WIAWSNB. Hope tu like it. Once again, I don't own any of this. Unfortunately.

"This is Dean, leave a message."

Sam hung up the phone. He knew it had been a bad idea Dean checking out the warehouse por himself. But Dean, being the stubborn guy he was, wouldn't take no for an answer. Sam had gone along with it. But that was over an hora ago. And he still hadn't returned.

Now he was getting worried.

Sure Dean was a grown adult. He...
continue reading...
13
100 THINgs I LEARNED from THE WINCHESTER... =D
posted by jodith

thigs i leared from SPN&winchester that i wanted to share,,hope u like.. =)

1)When someone says a place is haunted, tu shouldn't go in.
2)M&M's count as provisions.
3)Salt is a demon repellent.
4)Rocksalt hurts like hell.
5)Planes crash and a clowns kill.
6)Scarecrow's are fugly.
7)In almost every episode, one of the following are almost always present. "dude, Sammy, o SOB"
8)Hunting demon's comes with perks.
9)Black Sabbath, Motorhead, and metallica are the greatest hits of 'mullet rock'
10)There are no such things as mandroids.
11)Do not make fun of blind people o little people.
12)"Demons...
continue reading...
29
SPN one-on-one interview with Toti (a.k.a. toti8)
posted by Ivison 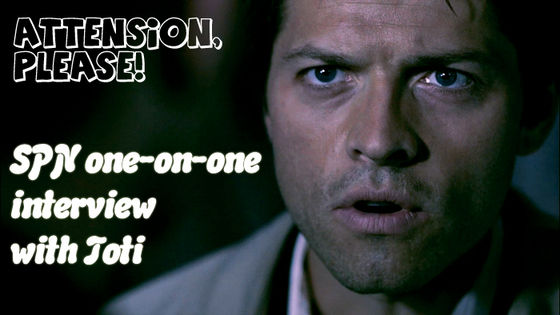 Here we are. I have the pleasure of making the one-on-one interview with the biggest Cas/Misha's fan - Toti. I had a lot of fun lectura her awesome respuestas so I hope tu will amor them too.


Introduce yourself! What do tu amor to do,hobbies,places,shows….

My name is Toti and I'm a 23-year old girl from Greece who loves SPN. I like watching TV and movies, listening to música and lectura books. Currently my favourite TV mostrar is supernatural but I also like Desperate Housewives, House MD, How I Met Your Mother (after hearing Kristine always talking about this show!) and from the shows that...
continue reading... 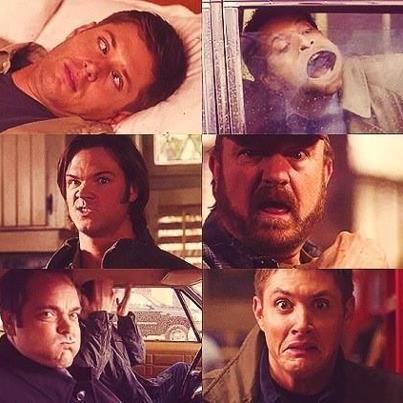 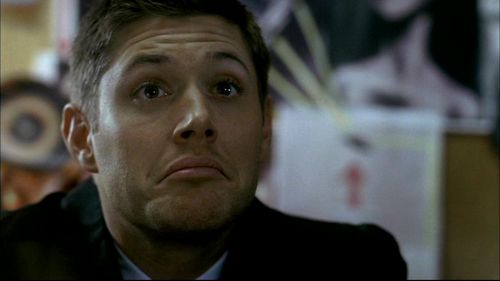 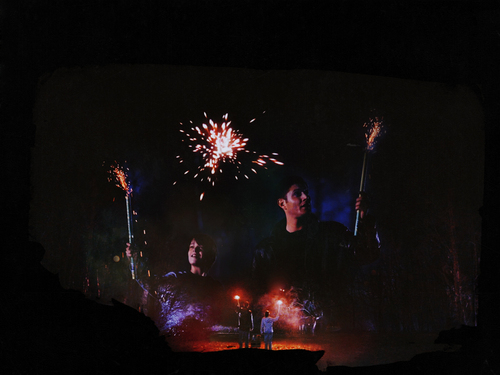 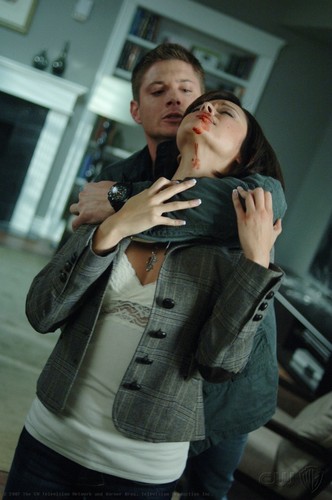 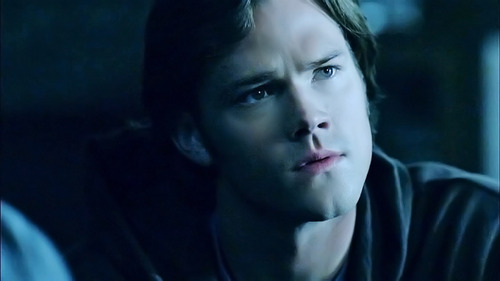 4
My Loves <3
added by LovelyCupkake 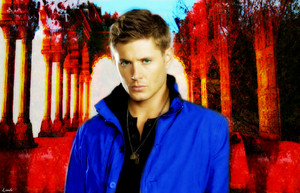 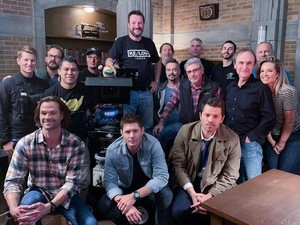 1
supernatural - Season 15 Cast and Crew - Behind the Scenes
added by rakshasa
Source: jwmanzano@instagram 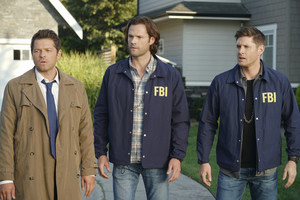 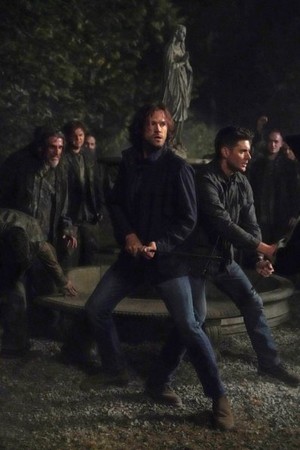 1
supernatural - Episode 15.01 - Back and to the Future - Promo Pics
added by iceprincess7492
Source: Spoilertv.com 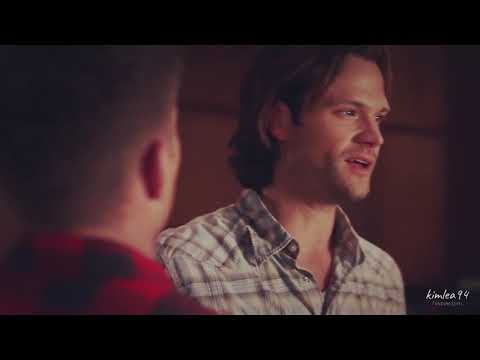 1
I hope, with every bone in my body, it’ll be us in the end
added by rakshasa
Source: ohsamulet

1
I hope, with every bone in my body, it’ll be us in the end
added by rakshasa
Source: ohsamulet