5
Fanfic Part VIII
posted by HorrorFan101
The demon’s face faltered a little as she picked up on the seriousness in Dean’s voice. She put on a higher, más hysterical tone.
“No, please don’t! I swear we’ll leave town if tu let me go! We won’t bother hunters again! Please!”
Dean looked at Sam, who looked torn. “She’s faking. Send her back.”
As Sam turned round to get his exorcism book from the cama and Dean’s gaze was still fixed on him, the demon reached out and pulled Dean into the circle, who had only been a few inches away. The moment of distraction had cost them both. The girl threw Dean on the floor, who skidded slightly, racking up the rug to reveal the devil’s trap, and threw a hard puñetazo, ponche as her fist cracked against Dean’s face.
Sam spun round and ran towards the demon, but without even touching him, she flung Sam into the doorway a few metres away. The demon turned back to Dean and punched him again, hard.
“You’ll get like me one day, tu know that, don’t you? When tu burn and scream, and get driven crazy? You’ll become your own arch enemy,” she snarled in Dean’s ear, a patch of bruised, sore skin rapidly appearing on his right cheek and a single trickle of blood falling from his nose. He met the demon’ eyes and couldn’t muster up a reply. She punched him again.
“Not if I can help it,” Sam replied from behind her as she stood up. Sam whipped the blade from his pocket and dug it as deeply as he could on instinct into the demon’s back. Sam released the body which he’d held as his suck the cuchillo in, and it collapsed lifelessly to the ground. He leaned and held out a hand for Dean to pull himself up on. Dean took it gratefully and lifted himself up, still dazed.
“You alright?”
Dean gave a thumbs-up gesture. “Spectacular. Verbally and physically abused. A two-in-one package, eh?”
Sam attempted a smile and came out with what felt was a pathetic excuse for one, but hoped it looked convincing enough to fool his brother.


About an hora o so and a few ice packs later, Sam and Dean decided to discuss tactics. If they’d already killed one demon, and she had been telling the truth about having a partner, they’d very soon have a very pissed off demon on their doorstep again. Sam had perched himself on the edge of one of their beds, and Dean was slumped in the sillón a couple of metres away, grumpily dabbing his cheek with the ice pack.
“Well,” he said, laying the ice pack on the table, “at least she had taste in guys.”
Sam threw him a look. “Do tu want to find this other demon o not?”
“Man, I don’t think we have to find it at all. I think it’ll come strolling up to us. I mean, we did kill his girlfriend. If demons can have girlfriends...” He trailed off, puzzled at the thought of demons having any scrap of positive o human emotion. Sam looked at him with a flicker of sadness in his face, and then looked back at the pages in front of him.
Dean felt like hitting himself. It had been around two years hace now, but he knew that his brother still beat himself up about Jess, his girlfriend, from time to time. Those few weeks when Sam had first joined him to buscar for their father...well, Dean had never seen Sam like that before. The guilt that hung on Sam was something only he could pull himself out of and deal with, but Dean got that it was a hard game sometimes. Especially if someone tu knew got hurt. He just began to open his mouth to apologize for not thinking when Sam spoke first, interrupting the silence.
“That’s the plan though, right? Lure him to us and wait for him to show?”
“Yep,” Dean replied, running a hand through his short hair. “As long as we’re prepared like we were for the other one, we should be fine.”
Sam nodded. “We’ve got exorcisms, the bad-ass knife, salt, and a devil’s trap still intact on the floor.”
Dean frowned and looked up at his brother.
“Wait, we’re not waiting for it and exorcising it here!”
Sam gave him a puzzled look. “We did for the other one, didn’t we?”
“Well, yeah, but this one’s going to be worse. He’s going to be pissed off and put up a bigger fight. We’ll trash the place. How could we explain that to Amy?”
Sam weighed up the thoughts in his head.
“Point taken. But where then?”
Dean shrugged. “I don’t know. Anywhere. We’ll find some misceláneo creepy shack o patch of land somewhere, I mean, we always do, right?”
“Fine, whatever. But that’s your job to find it.”
Dean grinned. “Fine. Bitch.”
Sam opened his mouth to tell him the inevitable reply when a knock on the door echoed through the wood of the door. Sam got up, threw the duvet over his libros and bag of salt, and followed his brother to their door, Dean kicking the rug over the devil’s trap as they went. Dean arrived first and opened the door a fraction. His body language noticeably relaxed and he opened the door fully to let Amy inside.
“Hi guys,” she dicho cheerfully, until she estola a glance across the room. It wasn’t in a dire state, and the Winchesters had done far worse damage, but still, it wasn’t clean-cut.
Sam caught the hint and said, “We’ll tidy it all and pay for any damage, I promise.”
Dean shot him a what-the-hell-no-we-won’t look from behind Amy’s back but Sam ignored him.
“What the hell happened? And what happened to your face, Dean?!”
Dean came in front of Amy and stood siguiente to Sam. “Well,” he began, “the thing is –”
Amy looked up at both of them.
“Are tu guys hunters?” She looked at Dean. “Dude, you’ve got to hide your devil’s traps better.”
27-5, lollipopdisease and 3 others like this
27-5 brilliant i love so much 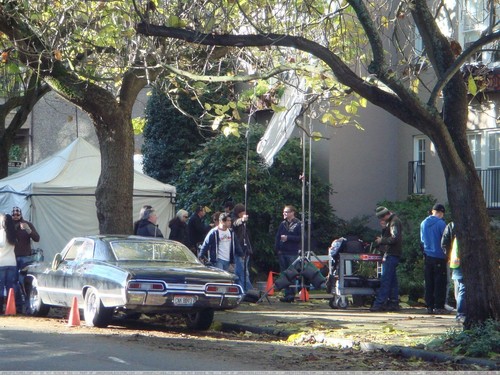 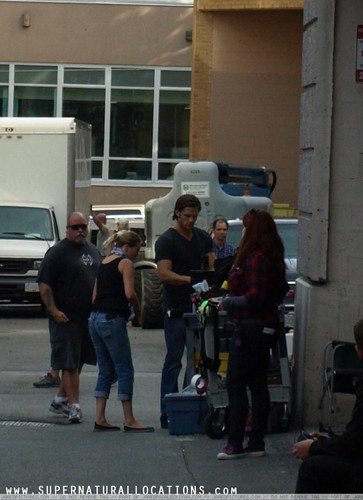 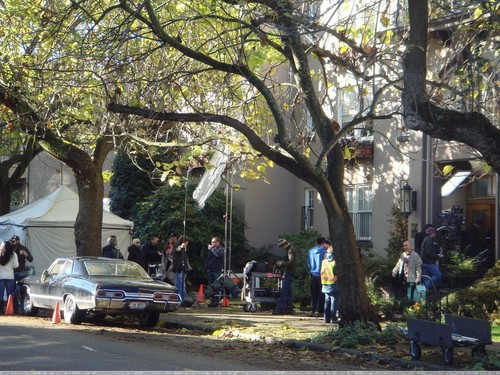 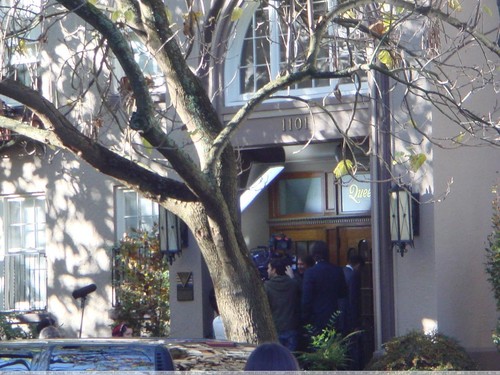 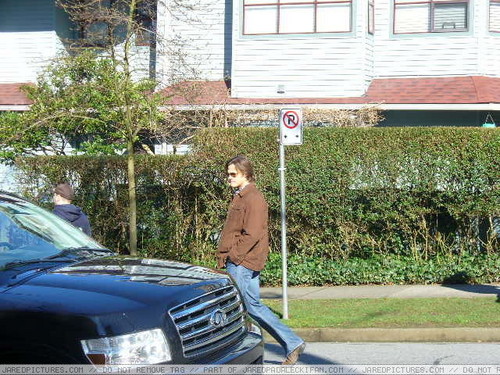 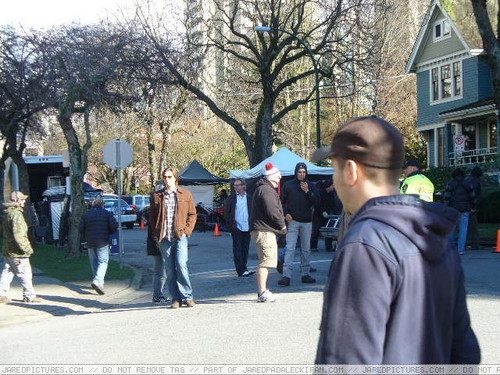 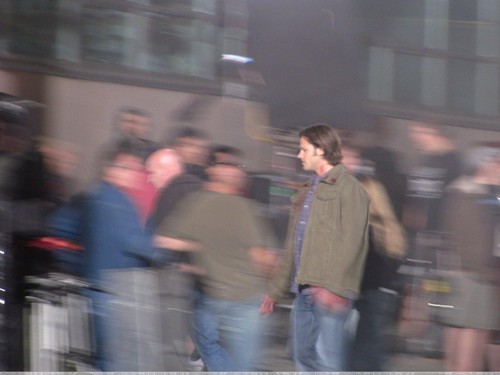 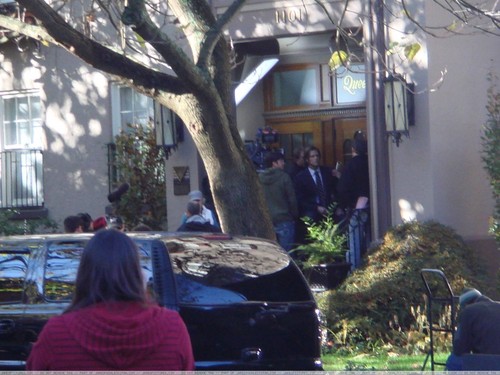 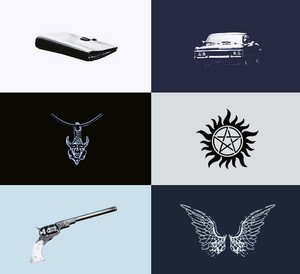 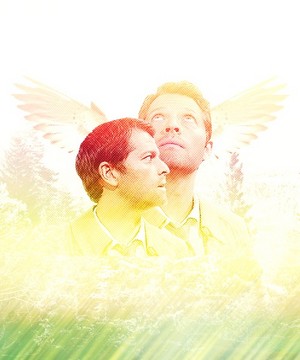 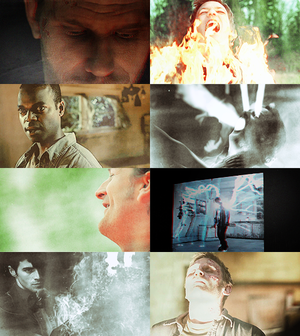 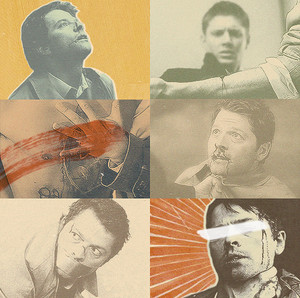 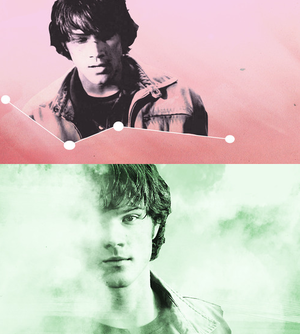 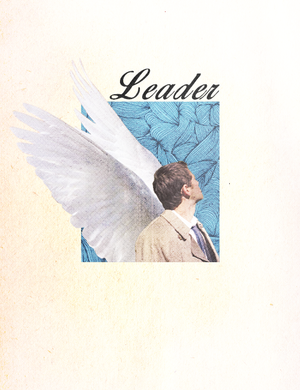 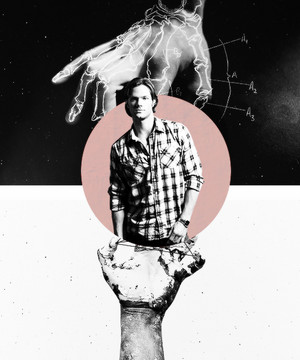 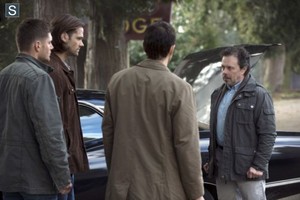 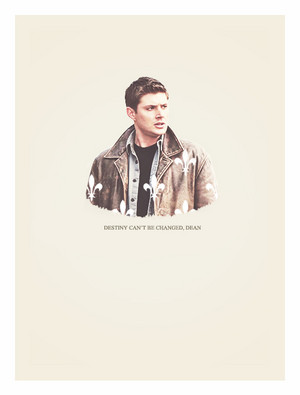 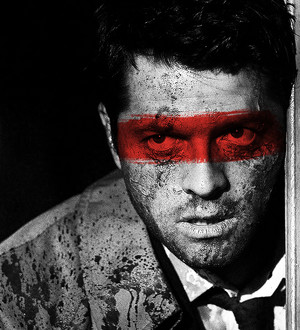