parte superior, arriba 15 favorito! fan characters of other people.
posted by CyberEchidna
Okay, so I got bored, and after some reminiscing, I thought I'd make a lista like this. Without further ado...

15: Wacko (solarsonic11)
Yes, I dicho it, Solar. Your most overpowered, pointless, biggest jerk of a character made it on my list. Why? Because Wacko is the only character I've noticed on the site meant to fight back against godmodding. And yes, even though I wanna kill him sometimes, he's still a funny guy.

14: dulces manzana, apple (BOMBBABY/PIGGYBANKLOVER)
Okay, so another very annoying cameo...XD Who am I kidding? First time I met this character was in team serpents, and she tried to give dulces to a murderous reptile!! XD Never could forget that...

13: DAVE! (TakTheFox)
Yes, all. Dave is one of my favorite, derpy cameo appearances por Tak. I mean, who couldn't amor a character meant for Comic Relief?

12: Jason (XxRocket95xX)
No favoritism because she's my cousin, but Rocket made one helluva character diseño with this one. I mean, a daredevil with a Mexican Wingman? What could be better?

11: Ultra (Ultrax911)
I honestly don't know if he's around anymore, but Ultra is one of the greats in my book. I mean, he has multiple super forms, AND he was one of the multiple adopters of Jackie. I mean, SHEESH!

10: Zakk the Bat (SilverSamurai9)
"Enough with all this guano, shut up and fight!!" Ah, Zakk. A classic bat character with a classic, hilarious bat crap relates catchphrase. He'll never get old.

9: MTL (Mapware13640)
I didn't even KNOW what MTL stood for at first. But now, every time I see MTL, I gotta go take a look. From stealing the fan button to sleeping on the page, MTL is just one great guy. WALUIGI TIME!

8: Ember the Cat (SilverStream101)
Ah, Ember. The original girlfriend of Gamma. Not much más I can say before wrapping this up. FINAL FLAME!

7: Zekneo (my friend Kenny)
Originally meant as a placeholder over Ponyta in Sonic'Mon, Zekneo has grown to get a más in-depth storyline about him. When he goes super form, only one letter changes.

6: Dom (SilverAnime)
Almost made the parte superior, arriba 5, Dom...sorry. tu were actually the first person to adopt Jackie, and for that, tu should feel proud.

5: Blood The zorro, fox (ShadowWolf337)
No matter how many times I remind myself of the Jackie=MiniBlood Cameo, I gotta laugh. From Blood to Berserk III, you've DEFINITELY earned yourself a place up here.

4: Hiyam (XxTeNTeNxX)
The original girlfriend of Ricardo, no matter HOW much I believed there was something between Mel and Ricardo, tu have the right to say "Bow down to the original!!"

3: D.B. (ZutaraDragon)
I couldn't think of anyone else, okay?! TT_TT I liked the character design, and the idea of only abbreviating it.

2: Galactic (SaraTheDog)
Yay! Cookie! XD YET ANOTHER JACKIE ADOPTER...(I think...if I got the name wrong, lemme know) but just one of those characters tu can't forget. OTHERWORLDLY!!!

You've put up with 14 of my favorito! characters. Time for...

1: Kunra (GuardianKeys)
There tu have it. GuardianKeys beat tu ALL out for 1st place. I've known GuardianKeys and Kunra since I started Fanpop, we text RP a lot, and Kunra just happens to be my favorito! character of hers. Whether she's making Aqua jealous por loving on an Aqua Chao, sticking with Aqua through thick and Werechidna, o being just plain funneh, Kunra, tu are #1 in my RP book.
END_OF_DOCUMENT_TOKEN_TO_BE_REPLACED
loading additional comments...
CyberEchidna Yup...XD
XxTeNTeNxX shankyu
CyberEchidna Believe me, Tak. It was between Dave, Mel, and Derp-Soup. XDDD
CyberEchidna Der....GODMODE!! XD
CyberEchidna XD PERFECT way to sum up DBZ transformation. XD
CyberEchidna Too bad Ultra isn't around to see that he got a spot...at least I think he's not around.
CyberEchidna Quickly, grab the flashlights!! X[D
CyberEchidna Gimme 20 Dollars, then we'll talk. XD
CyberEchidna Was making a Slenderman joke. Gimme 20 Dollahs!
CyberEchidna XD
Mapware13640 WACKY INFLATABLE ARM-FLAILING TUBE MAN!
CyberEchidna XD ISH A PERFECT THING TO WRITE A CREEPY PASTA ON!!
Mapware13640 We already have one of those... it's called slenderman.XD
CyberEchidna :/ XD
Mapware13640 ?
CyberEchidna Stupid phone made me hit the Emote. ._. XD
Rachel_Savaya haha cool idea for this! i hope maybe someday when my OC gets to be more popular, maybe she'll make a popularity list like this...
SaraTheDog YES! >:'U I'm number two. MAH LITTLE GALACTIC. IMMA USE YOU MOAR. >:'U BE PROUD. Galactic: Ooooooook.....
CyberEchidna @Rachel Some people just don't RP with me that much, and that's why they don't have a spot on here. @Sarah: XD
PIGGYBANKLOVER Candy apple:i got on the lissst i got on the list Anyway thanks
CyberEchidna Yeah. XD You made the list.
iceandsummer D]:
Mapware13640 ?
solarsonic11 How in the world did wacko get on here?
CyberEchidna As was explained, he was one of the only characters I've seen on the club meant to combat godmodding. Also, he's EXTREMELY annoying, which gives me a chance to practice Daemon Transformation epicness. @solarsonic11
1
Identity Guide
posted by TakTheFox

Origin of the Identities
All but two Identities are the offsprings of the Virus-Soul, who was originally a fusion of Iron-Nicole (Rin), and Anti-Nicole (Virus). When they first fused, they were electrically, and Nanite, based. Later on she was caught in a Seven Server energy wave, which charged her with misceláneo energy. She became very unstable, but was able to use chaos energy to keep herself intact. Near the end of the first Virus-Soul, Virus and Nicole were in an immense battle. Seeing how they were both versions of Nicole Prime, they accidentally connected though...
continue reading...
4
Identity Character making guide
posted by TakTheFox
There was once a single being called VIRUS. She división, split into three parts. ANTI-NICOLE (Virus), IRON-NICOLE (Rin), and the identities.

The identities are millions of blankly filled Virus people. They all start out the same, but after a week's time they choose sides.

Abilities: Every single Identity has Chaos Energy, which is often mistaken for electricity. They are also composed of part nanite/part artificial life, so they can morph themselves into any type of shape, regenerate, and even multiply.

Personality: Each Identity is usually creepy and heartless, but not always. Their personalities are...
continue reading... 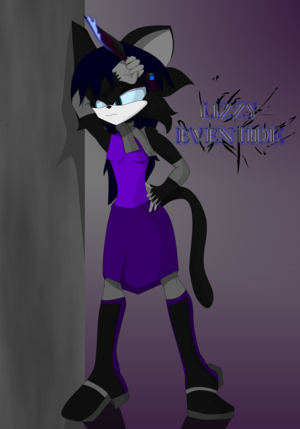 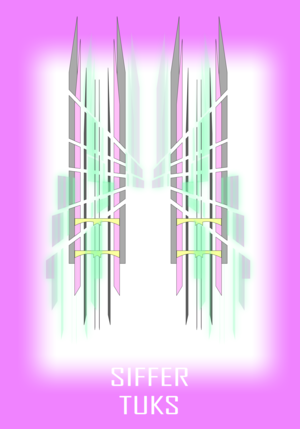 1
Psyfilice Milen's Siffer Tuks
added by TakTheFox
Source: ME! THE AIR! PIE!
1
They’ll Put This in Our Section of The Museum One día
posted by TakTheFox
I’ve had my run-ins with the cold before. There was a pretty big transition when going from moving aircraft, complete with artificial you-name-it, to above-mountain thin-air climate. Sore throats became the norm for a long time. I’d have to say sore throats would be my greatest fear. Can’t stand them, and they make it impossible to sing in the shower.

If you’d rather stay in bed, I could always find out if they can do something about the temperature. I’d find out from Big-Ears when she’d be ready for tu to sleepover, because we both know she would, but as things would have it her...
continue reading... 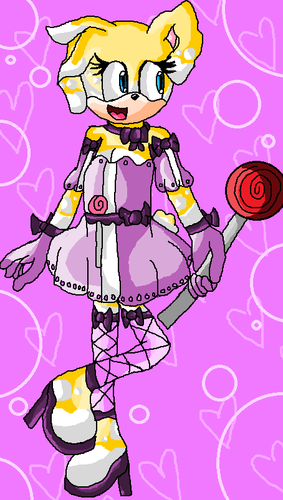 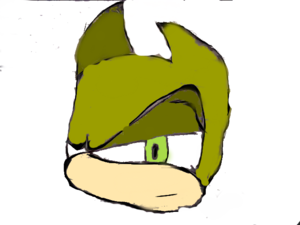 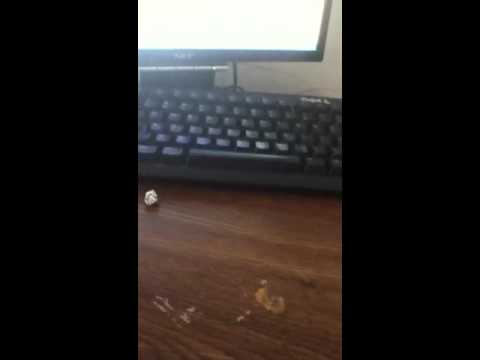 2
CHOCOLATE!!!!!!
added by Danniwolf09
went nuts for chocolate :P i yelled chocolate in the room lol my hunt for chocolate o lost my chocolate i forget easy and forgot my chcolate was rite there =.= CHOCOLATEEEEE!!!!!!!! :DDD i was tryna grab the bag but droped it =.=
video
random!

2
*request* lily's a she wolf!
added by Lilly443
a gift for juuy. besides it's her birthday. just so tu know its on December 21, 2010. sorry if recolor is crappy. Credit: sega
video 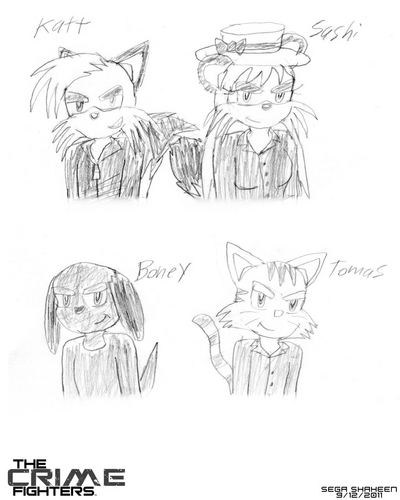 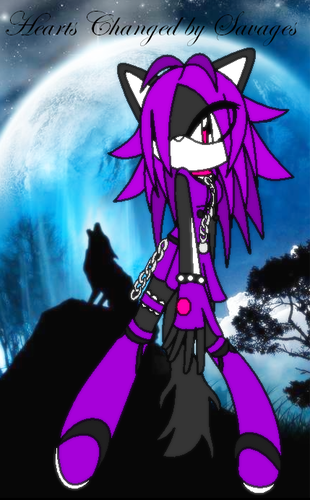 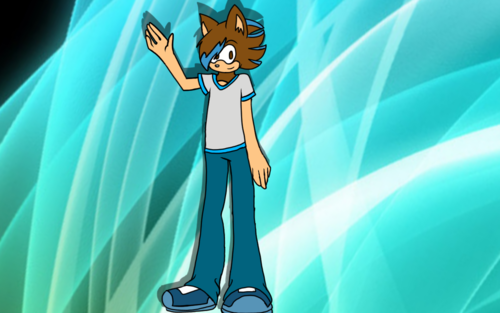 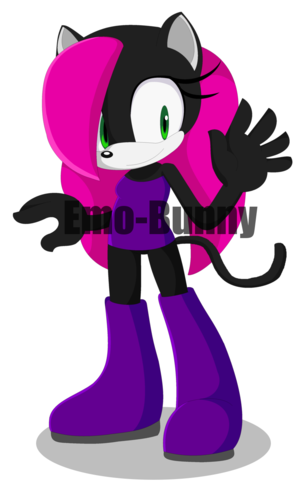 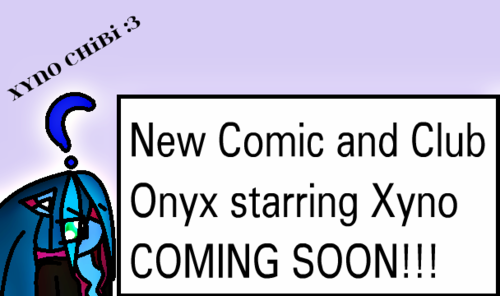 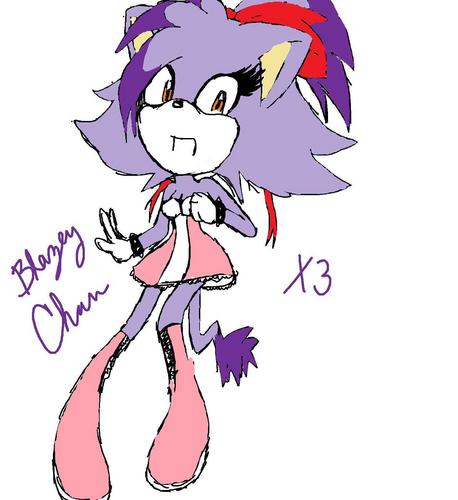 My Sonic fan Character Meme
added by TakTheFox
Source: ME! THE AIR! GLOWY EFFECTS!
The beginning
posted by neosparky
???:bring in number 1758
minion: okay pleasedonthurtme..
*walks out and a few moments later walks in holding a young knocked out 12 año old wolf*
???: perfect he will become my best one yet *holds up a small red crystal* and this will help me do it
* as the purple echidna finishes she shoves the sharp red crystal into the boy's arm where it sinks in*
weeks later....
*the huge metal jagged crown shaped fortress is gleaming in the sun as a blue hedgehog is running through hordes of cyborg mutants*
Rush(the hedgehog):Queen!!! I know you're in there free them unharmed
Queen((the purple echidna) hologram)):...
continue reading... 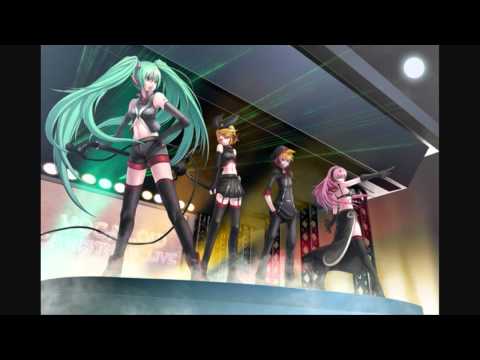 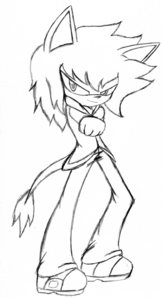 Reon Sai Leonardo is a 17 año old mahogany lion from Icarus Island. Reon grew up in a rough part of Icarus where there were a lot of gang members lurking around. His father, Leone, was worried about his son every time he walked to school, thinking that he was going to get attacked por thugs and killed, so he taught Reon how to do tae kwon doe so that he could defend himself. It took years to perfect it, but Reon managed to learn tae kwon doe. With his newly found techenics, Reon beat up every single thug and gang member that came his way. However, he started to abuse this techenics at school,...
continue reading...
More Cards
1234567891011