Raya and the Last Dragon's plot is about people of different nations, who used to get along with each power, becoming rivals who fight over pieces of power. Raya's father dreamed of bringing peace to the nations, but it's Raya herself who will have to make that happen. It's up to her to find the last dragon, Sisu, and get her to bring peace to the world. Raya and Sisu are aided por a group of friends they meet along the way, but Raya's childhood rival, Namaari, is trying to stop them.

Raya and the Last Dragon is a film that benefits from having a plot that's both very serious and very optimistic. The film deals with different groups of people being distrusting and antagonistic towards each other. It deals with people who are willing to do bad things to get power. The film could be seen as a commentary on how people in real life will go too far to get power. They'll turn against friends and start wars to achieve what they think is necessary. However, the film shows that fighting over power is wrong. It's an optimistic tale about how we can all come together and be on good terms with each other if we treat others with kindness.

The film also deals with being open-minded and friendly to people tu just met, while also being practical and reasonable. The two título characters represent this. Raya is the one who has been lacking in trust and while she is kind and heroic, she's also ready for a fight. Sisu represents the optimistic side. She's kind, quirky and is más than ready to become friends with people she just met. Raya and Sisu really complete each-other and they help make the film both a cautionary tale and a joyful story about people learning to be más accepting of others.

The film's tone is very well handled. disney works hard to make films that appeal to families. They have made several wholesome, good-natured films, but sometimes, they interrupt potentially-emotional scenes with moments of comedy relief. While this particular film has lots of silly moments, the film spends time on emotional and poignant scenes. It's an exciting and moving story, while also being fun and enjoyable.

While Raya isn't a princess in the traditional sense, she is still being treated as Disney's newest princess. The important pregunta is if she's a good addition to the princess lineup. In my opinion, she is. Raya is a stand-out amongst female disney protagonists. She is a strong character, both physically and emotionally. She is very skilled and has sharp fighting skills. She also has a compassionate corazón and although she tries to be hard-edged, deep down, she truly is an optimistic person. Her father, Benja, is a very compassionate and charming man who has a corazón filled with hope. Raya and her father have a strong, touching bond.

However, the character who is truly optimistic is Sisu. Sisu is a bundle of joy. She's a treat to watch whenever she's on-screen. In my opinion, disney has struggled to make their animal characters interesting. They often seem like underdeveloped comedy reliefs. However, Sisu is a wonderful exception. She's a character with a touching backstory and a strong sense of morality. She's both a very heroic dragon and a very funny character. She's the most entertaining character in the film who gets the best jokes. While Sisu is so enjoyable that the film didn't really need other comedic characters, Raya and Sisu meet a group of comedic friends. I was worried that these characters wouldn't be charming and would hog up too much screentime. However, they are amusing characters who are used sparingly.

This film doesn't have any pure-evil supervillains. Instead, there's Namaari and her mother, Virana. Both of them are attempting to stop the heroes from accomplishing their goals. However, they both have understandable reasons for what they're doing. Both of them, especially the mother, often act morally-questionable, but neither of them are truly bad people. In fact, deep down, they both want to bring peace to the world.

Sisu is voiced por Awkwafina. A big part of Sisu's appeal comes from her voice. Awkwafina's voice is filled with entertaining and bubbly passion. Sisu is a character that has a lot of energy and passion. Awkwafina, who sounds an awful lot like voice-actress Cree Summer, has an excellent voice. Her performance is one of the best voice-performances from a reciente disney film.

disney films often have appealing-looking animation, but some films stand-out from the others. This film has great animation. Raya is animated to look like a cool and powerful action hero. The most impressive animación comes from Sisu. Sisu spends time in the film as both a dragon and as a human. Because of this, she has two wildly-different designs. Both look wonderful and help bring Sisu's bubbly personality to life. As a dragon, she looks majestic and eloquent. As a human, she looks quirky and charmingly eccentric. Her overly-long sleeves are a real highlight.

Raya and the Last Dragon is one of Disney's best animated films. It has a suspenseful, emotional story that's filled with uplifting optimism and joyful entertainment. Raya is a strong addition to the disney princess lineup, while Sisu is one of the most enjoyable characters in Disney's long history. If tu want a film about working to achieve peace and togetherness, I highly recommend this film. 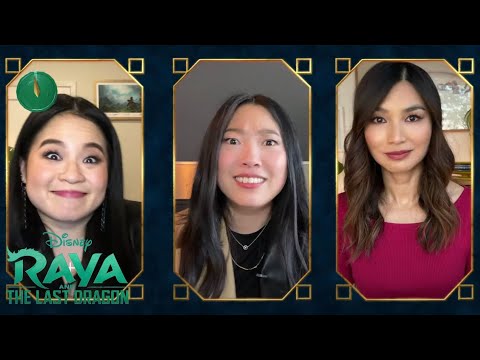 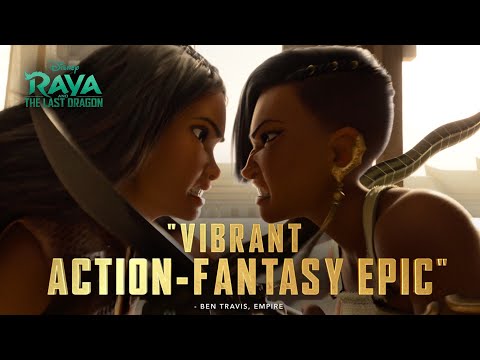 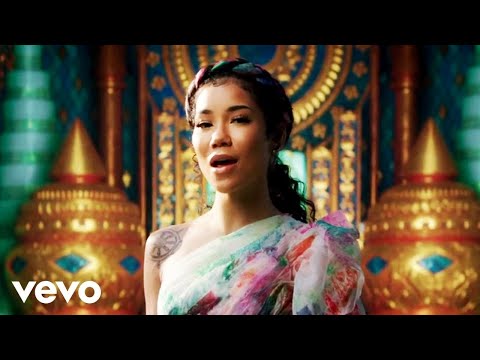 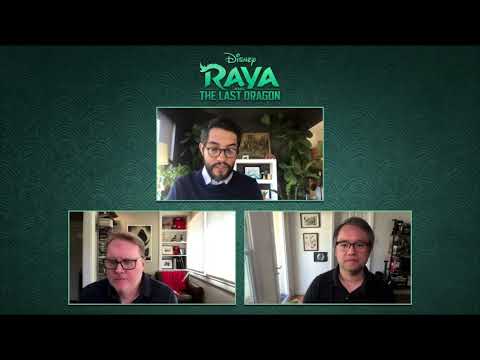 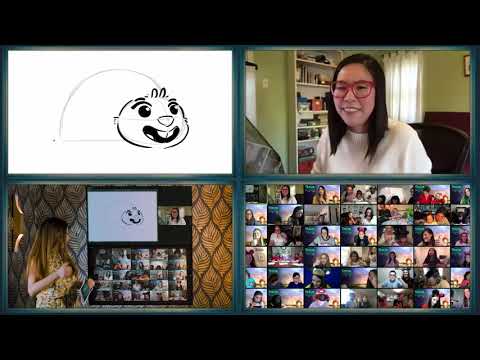 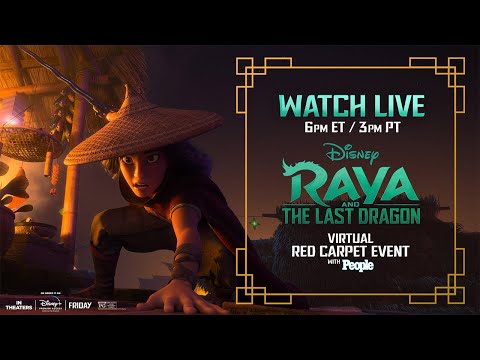 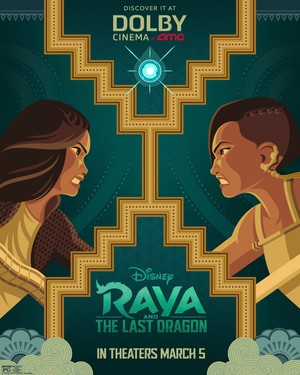 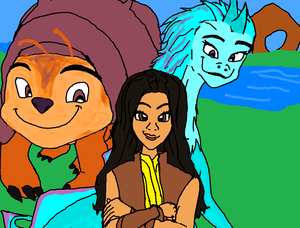 Raya and the Last Dragon with Sisu and Tuk Tuk.
added by stevensmorgan22
Source: disney 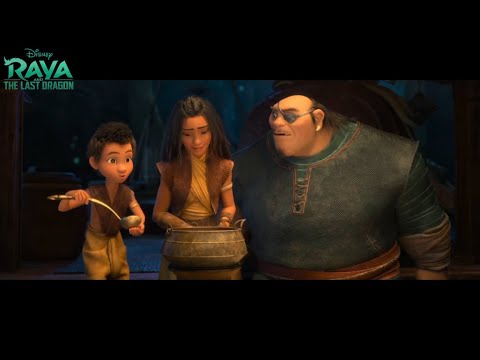 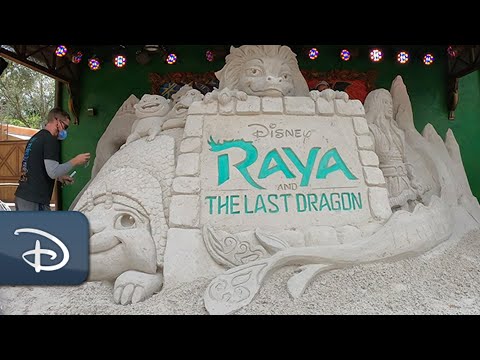 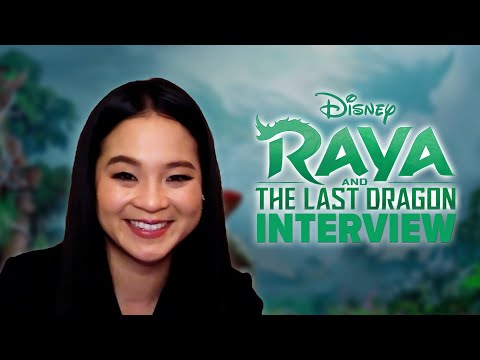 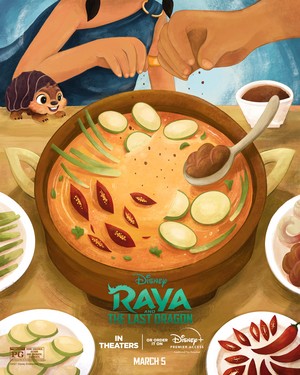 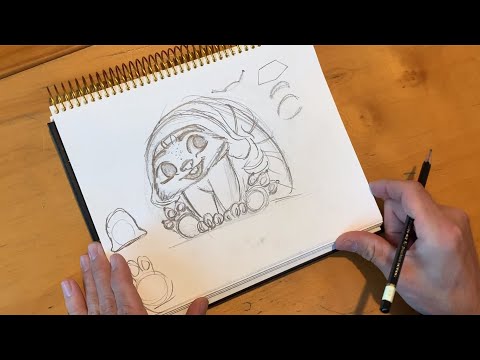 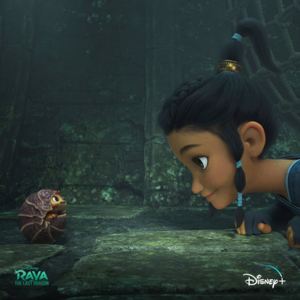 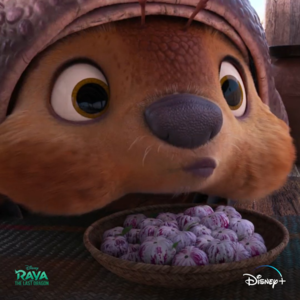 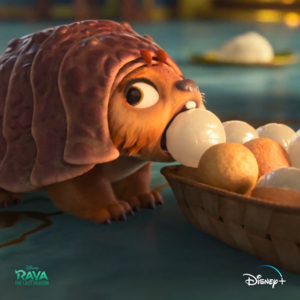 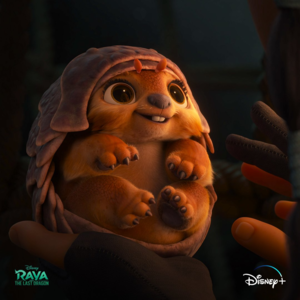 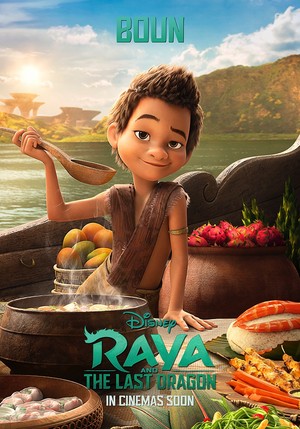 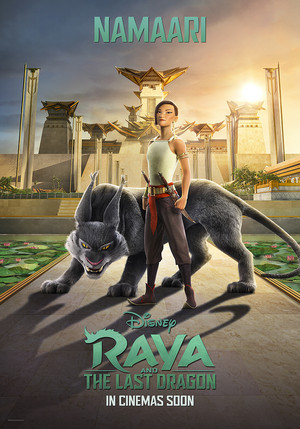