Skipper stayed up all night thinking about what his soldier had done, "What do I do, I don't know if I should be angry o worried about him." Skipper turns to the bunks everyone was sleeping except him.Private was sleeping peacefully with his lunacorn in hand, Rico with his dynamite.For some odd reason skipper let him sleep with it tonight, usually he would just take it away.Skipper was about to get in his bunk when he spotted Kowalski tossing and turning in his bed. "I wonder what Kowalski is dreaming about." Skipper then remembers about Kowalski's Dream Catcher, an invention that can read a persons dream while they're sleeping, he had made it a week ago, it was not tested and Skipper never liked Kowalski's inventions, but he had too know what happened earlier that día and their was a good chance that was what he was dreaming about. Skipper ran over to the two helmets and grabbed them "Looks like I'll be Kowalski's Guinea pig this time" Skipper put one of the helmets carefully on Kowalski's head being sure not to wake him up, afterward he put the other one on his head and pushed the green button. Skipper saw the whole incident with Keira and how scared he was to be transfered, but also how happy he was his commander would be safe. When it ended Kowalski was awake and looking at Skipper. "My invention...you..." Skipper took the casco off his head "I'm sorry Kowalski." Kowalski took his casco off "Did it work?"Skipper nodded "Yes...was that just a dream o was it real." Kowalski turned around in his cama "Real, but I don't want to talk about it." Skipper saw that Kowalski was still tired and climbed into his bunk and went to sleep thinking about Kowalski''s dream.

hola guys i'm sorry i haven't been escritura i could not get on my computer for some reason but hola i'm back :D I hope tu enjoy chapter 8 and will be looking adelante, hacia adelante to chapter 9 :)
Sassl likes this
Number1SkippFan I am looking forward! X)
Rainshadow999 Stop reading Kowalski's mind Skipper! XD Can't wait till the next chapter, please update soon!
spmana123 I love this story:D
sarah12499 thank you all for your nice comments :) 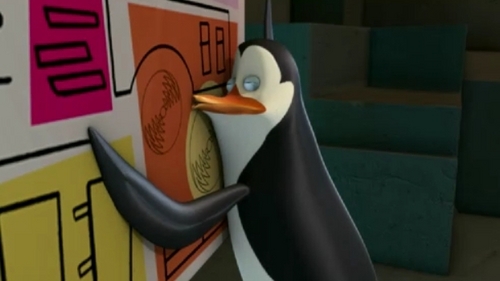 8
Making out with the plans
added by Icicle1penguin
2
The pingüino, pingüino de Avengers- Earths mightiest flightless super-heros
posted by SkippX101
It was a beautiful morning in centeral park zoo, it was just after sunrise. Most animales were still asleep, until there was a colossel KOBOOM!

Kowalski stumbled out from the lab, his feathers stuck out from all sides, covered in black flakes. He was holding onto a rayo, ray gun

Skipper gave Kowalski a blank expression, he slowely put down his coffe mug and sighed. Private yawned...
continue reading...
Return of the Blowhole: Chapter 9: The Parade
posted by Metallica1147
Author’s Note: Sorry for the wait everyone. My computer has a virus and I can’t use it. So till I get a new computer now I have to use my mom’s small laptop. Sorry for the long wait everyone.

The siguiente morning, it was time. The alliance and the red langosta army were getting ready to invade the parade and take over the city. The penguins, otters, and Nori was still tied and locked up in the other room. It was just about time for attack.

“Alright everyone, today is the day!” dicho Hans, “Today we invade the parade and take over this city!”

“Yeah and mostrar those...
continue reading...
5
Highschool!- Part 3
posted by skipperfan5431
(This story will Skip throughout the year. I mean, I can't write a whole school año in one story. Im just gonna go por the seasons.... haha!)
-FALL-
Kowalski was still in the bathroom, cleaning off the tuna pescado from his backside. (he fell remember? XD) As he was in there, he heard Lilly stomping down the hall angrily. Muttering to herself. "Ouch..." dicho Rico,as he and Brandon came into the bathroom. "What?" Kowalski asked, throwing some napkins away. Brandon then walked over to Kowalski. "Dude. Lilly just slapped a magdalena in Skipper's face for tripping you! She totally digs you!" Brandon...
continue reading...
3
The lost Items-Chapter Two: Wrench, screw driver. fainting..
posted by SJ_waddles
"I need a screw driver..." Kowalski dicho annoyed.

"That won't fix it, you'll mermelada it more." Skipper dicho "How about tu unscrew it and put the whole thing back together."

Kowalski wanted to so badly jump up and yell at him saying "I'M THE SMART ONE! I KNOW HOW TO FIX THINGS!!!" But he decided not to. And also decided not to take the wrench that Skipper was 'patiently' holding.

Private finally decided to creep to the fridge and grab some breakfast, then sneakily creep back to his bunk and hide under the covers and eat. 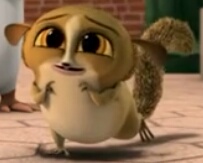 8
Mort is Adorable ^_^
added by Denicy_Menes 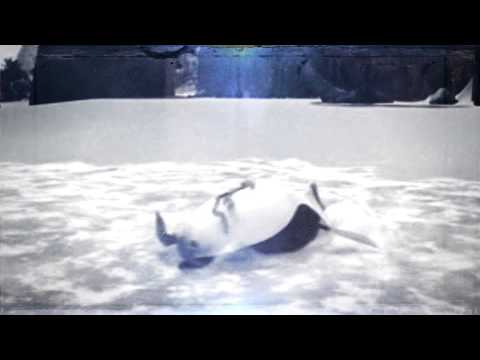 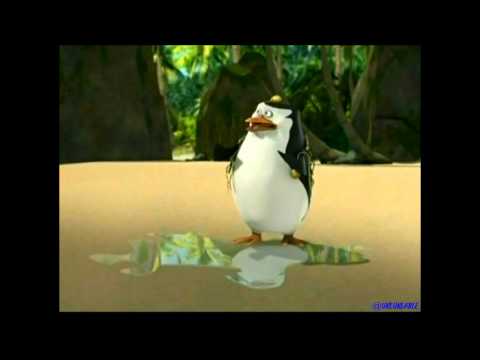 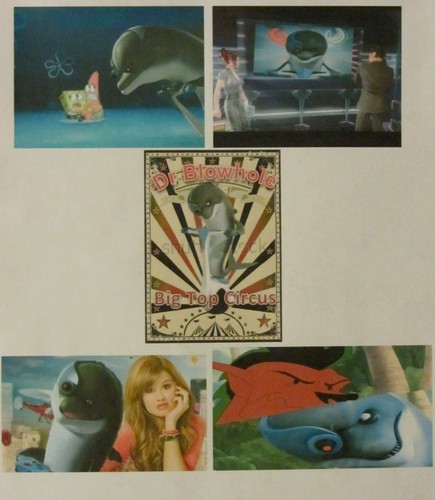 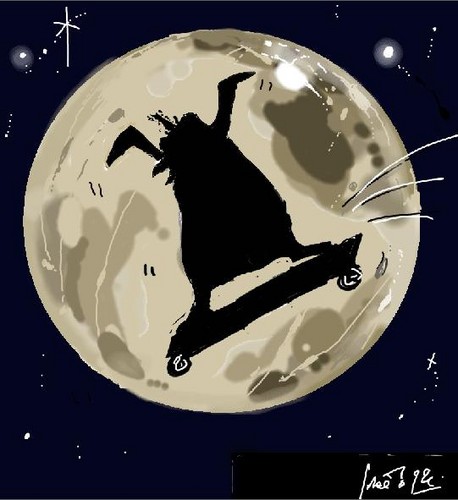 6
Skating in the Night
added by Iroto122 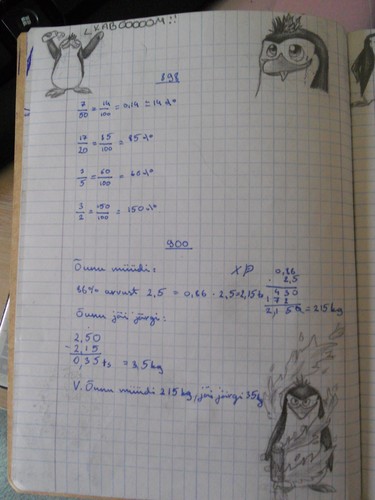 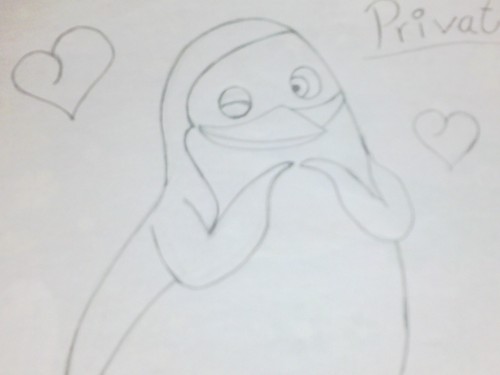 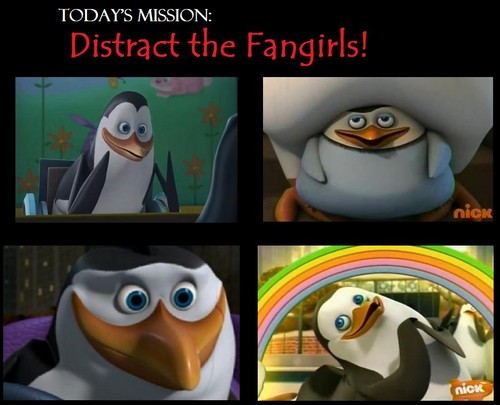 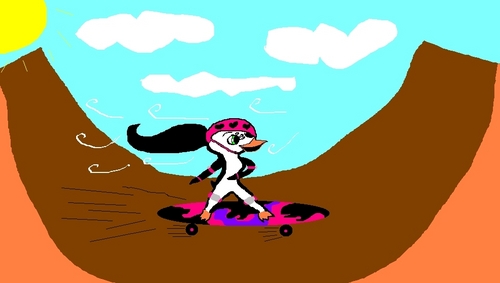 3
kowalski taped to a árbol
added by corkie11
Source: me 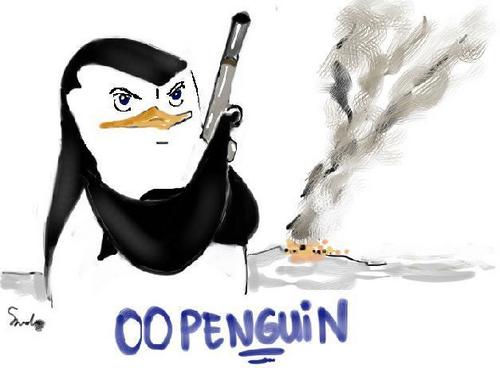 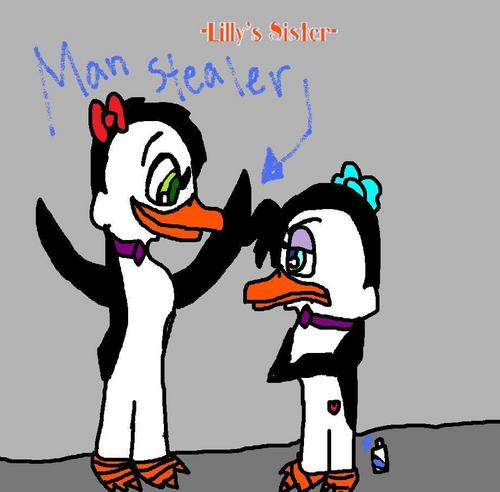