Hawkeye saw Stylo at the airport.

Stylo: *Tuning the engine to his airplane*
Hawkeye: *Stops siguiente to the hangar in his car, and walks to Stylo*
Stylo: *Sees Hawkeye, and is happy* Pierce, glad tu could make it.
Hawkeye: I'm sure tu are. tu need to come back to to the Union Pacific. Pete says you're missing out on so much work, that it's not even funny.
Audience: *Laughing*
Pierce: *Turns around, and looks behind him* I dicho not funny!
Audience: *Laughing*
Stylo; Hawk?
Hawkeye: *Looks back at Stylo*
Stylo: I think I might start a new business with this plane. Earn twice as much as I did on my old job on the Union Pacific.
Hawkeye: That's crazy talk Stylo. What business are tu going to start? Huh? The best tu could do with that plane is crop dusting, and you'll basically make a penny an hour. That's how much the job sucks.
Audience: *Laughing*
Stylo: I'll figure something out.
Hawkeye: *Leaves Stylo, and walks back to his car* I'll figure something out too. A way to get Stylo back to work. *Enters his car, and drives away*

Hawkeye drove to Stargazer's house. When he arrived, he saw Stargazer, and Black Tuesday polishing, and washing their car. 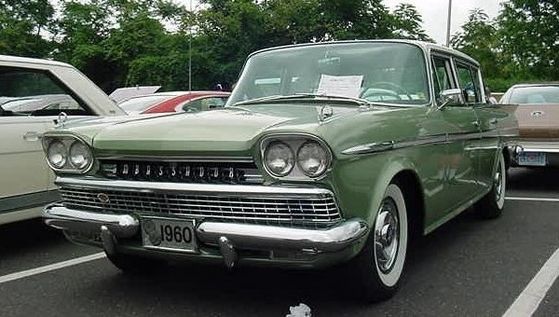 Hawkeye: *Stops siguiente to Stargazer's car*
Black Tuesday: Pierce? What are tu doing here?
Hawkeye: I came here to talk about Stylo.
Stargazer: Is everything all right with him?
Hawkeye: Unless the definition of all right means it's good to ditch work, no.
Audience: *Quietly laughing*
Stargazer: He's ditching work?
Hawkeye: When tu finish with your car, I'll explain everything inside.

It took four minutos for the two ponies to finish with the car, and they went inside to talk to Hawkeye.

Stargazer: So the airplane distracted Stylo.
Hawkeye: And it still is.
Black Tuesday: What do tu want us to do?
Hawkeye: Just take the plane from him, and give him his money back.
Stargazer: You're forgetting that the plane is a piece of shit. I wouldn't want it, even if I had to escape a tornado.
Black Tuesday: What about an earthquake?
Stargazer: I can use my magic to stop those.
Audience: *Quietly laughing*
Hawkeye: You're forgetting that Stylo worked on adjusting the plane. Now, it won't break down 24/7, and may even go faster.
Stargazer: That, I'd like to see for myself.
Hawkeye: One más question, you're both unicorns. Can't tu use spells to fix the plane if there's problems?
Audience: *Quietly laughing*
Stargazer: Last time we tried that, the wings fell off.
Audience: *Laughing*

Back at the airport, Stylo was refueling the plane, when Hawkeye arrived with Stargazer, and Black Tuesday.

Stylo: *Sees Hawkeye with Stargazer, and Black Tuesday* hola Hawk, good to see tu again. Stargazer, I guess tu want this plane back.
Stargazer: Yes. I'll make it worth your while.
Stylo: Well, no thank you.
Stargazer: Stylo, it's great that tu like this plane, but you're letting it distract tu from something important.
Hawkeye: We talked about that before. I think tu know what he means por that.
Stylo: *Looks down* My job. I see. *Looks at his plane* tu can take it back Stargazer.

siguiente day, Hawkeye and Stylo were driving a freight train up Sherman Hill.

Stylo: *Looking out the window*
Hawkeye: Are tu trying to find them?
Stylo: Yeah. They dicho they would be here. *Hears the airplane* I hear them.
Stargazer: *Flying over the train, and then to the right. He, and Black Tuesday wave to Stylo, and Hawkeye*
Hawkeye & Stylo: *Wave hello*
Hawkeye: Is he still letting tu borrow the plane from time to time?
Stylo: Oh yeah. Sometimes, he even borrows a friend's plane, and we fly together, to any place we want.
Hawkeye: That's good Stylo. I'm glad tu have fun with him.

The has been a SeanTheHedgehog production from April 5, 2016
triq267 Gud end. I enjoyed this.
Seanthehedgehog Thanks Triq. Now to get started on the new episode of Gran Turismo. I'll send you the link to your character's first appearance. Part 1 won't be anything important.

5
Princess Of Magic
added by sweet_cream
Source: RubyPM on deviantart

2
My Little poni, pony Colouring Sheets - Princess Celestia
added by 2436racbuc
4
parte superior, arriba Ten Most Hated MLP Characters (Fan Voted)
posted by windwakerguy430
Hello everyone. Its finally time to present the ten worst MLP characters that tu voted for. Now remember, i their is a character that tu didn't see here, remember that tu were the ones who voted for these characters, and I'm just placing them in order of votes. now, lets start