1
Project GATE Episode 6
posted by SomeoneButNoone
"Letter to EPM
RMP moved faster then we thought originally. The last prep work has ended and talks with KGB are ended. They will take over operation Shadow Raid and we will call government take over aswell.
Cheif Juistice Dan von Shadowknight"

Dan - Everyone! We have prepared count-reformation aginst RMP movemen, we officially control Canterlot so we are in upper hand. VSS will be supported por EMP and KGB. Our enemy is RMP and GSF. We will crush our enemies! We will eliminate the evildoers! We will protect Equestria in its full image! Take back Ponyville and make peace! Innocent kids and grow ups will be mixed. They still don't know. But remember our priority - to regain peace in Equestria. Shall the Civil War start!

-Jets fly over the Valkyries-

potro, colt - Mommy look planes!
Mare - Planes... Oh my.
Stalion - So there really will be a civil war... Hurry up to the basement!

Darkness - It had to be like that *aims at Twilight*
Twilight - *almost cries* why...
Dan - It's your sloppy leading that started it. tu gave them too much power.
Darkness - Officially EPM and VSS are taking over the government work.
Twilight - Just kill me...
Dan - We won't do it. We are not RMP.

HQ - KGB units ready to defend.
V-1-2 - Here they come!
Void - For glorious Equestria! V-2 Deploy! *rushes*
Sunshine - *shoots at enemies*
Enemy - *fell on building*
potro, colt - *cries*
Sunshine - Oh.. N-
Void - Focus on the battle!
cuervo - *slashes the enemy*
Darkness - Void... Do it.
Void - *turns around and shoots Crow*
Sunshine - What was-
Snowflake - *slashes Sunshine's Valkyrie*
cuervo - *tries to run away on hoofs but gets shot in the head*
Sunshine - Crow!!!
Darkness - Halt! tu are under arrest for treason of government!
Sunshine - No... No! *tries to run*
Void - *shoot explosive at her*
Darkness - He feel to normal killing his comrades...
Void - why tu guys... I can't... *almost cry*
Darkness - Focus on Battle Captain! Operation Capture ended. Keep going ay...e... Watch out Blaze is coming.
Void - I'll take her! *rushes*
Blaze - We meet again Commander!
Void - This time I'm ready!
Blaze - Lock-off! *rushes*
Void - *avoids and tries to hit her*
Blaze - *blocks and pushes him away*
Void - *shoots missiles at her*
Blaze - *flies up*
Void - *shoots at her with AA bullets*
Blaze - *avoids* Woa! tu improved!
Void - Ghaaa! *slashes her*
Blaze - Weak! *shoots missiles at him*
Void - *slashes them* It's not over yet!
Blaze - Hahahaha! *rushes at him as alarm tripped inside her Valkyrie*
Nyx - Don't fall back. Die for me.
Blaze - Yes my love! *attacks Void*
Void - Enough! Surrender! *shoots middle and hits*
Blaze - Never! *attack him*
Void - *avoids and sees she is less powerful* This is end?
Blaze - *falls on ground*
Void - *flies down to her and opens Pilot chamber*
Blaze - *vomits with blood*
Void - *opens his chamber* tu overused the lock.
Blaze - I already died in the field.
Void - *takes gun out* I will end your pain.
Blaze - Please do....
Void - *shoots her in head* This is V-2-1. I've completed objective X-1.
HQ - Good Job. Retreat and leave KGB Canterlot Defence. Prepare for Ponyville Offensive Commanders.
V-1-1 - Rodger!
Void - Rodger!
V-3-1 - Rodger!
V-4-1 - Rodger!
Darkness - Yea yea.


The start of the end is near. 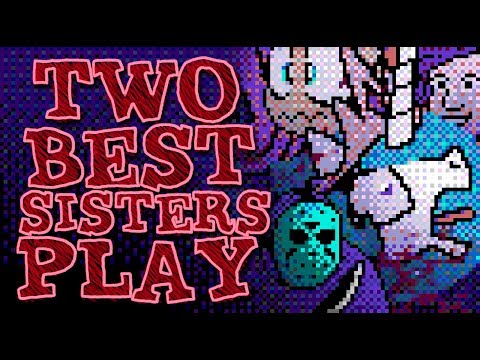 4
Two Best Sisters Play - Friday the 13th
added by windwakerguy430
video
The Return of Flim and Flam
posted by Windrises
Notes: My Little poni, pony is owned por Hasbro and created por Lauren Faust. This is a story that I wrote for both Fanfiction.net and Fanpop. I hope that tu enjoy and comment.

Mr. Cake, Mrs. Cake, and Pinkie Pie were getting ready for their work día when there were knocks on the door. Mr. Cake dicho "I'll see who's here."

Flim and Flam were there. Flim dicho "Hi cousin."

Flim dicho "We do look pretty much the same."

Mr. Cake was kind of gullible. Mr. Cake dicho "Well it's nice to see you. Can I help you?"

Master Sword: *Goes to a desk, and takes ten pieces of paper*
Teacher: What are tu doing?
Master Sword: tu don't mind if I take this paper, do you?
Teacher: Of course not, go right ahead.
Master Sword: Thank you.

During study hall, they sat near the windows so no one could hear them.

Rio: How many pieces of paper did tu get?
Master Sword: I got over 70.
Rio: Nice. I got 75.
Master Sword: Now we can get to the siguiente step of Operation Zero.
Rio: The money making. 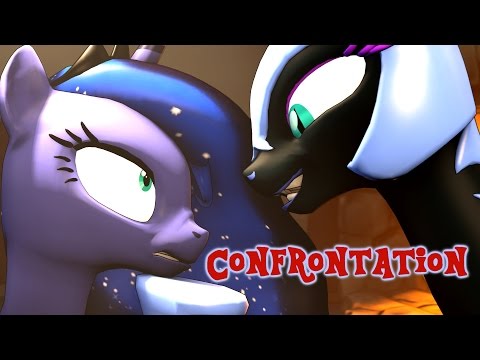 [SFM Ponies] Confrontation
added by NocturnalMirage
I DO NOT own this video.
video 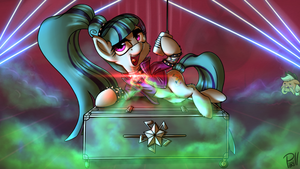 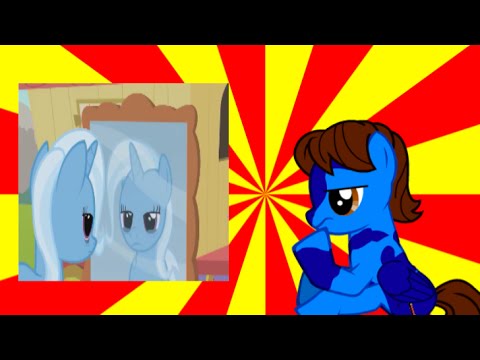 1
Must Be Better [Animation]: My Little Reaction
added by The2ndOpinion
Trixie returns for a fan video on My Little Pony, Friendship is Magic. Can she impress someone who's largely indifferent?
video
my little poni, pony
friendship is magic
must be better [animation]
trixie
the great and powerful trixie
the segundo opinion
channel frederator
the 2nd opinion
my little reaction
reaction
blind commentary
commentary

1
Everyone needs to Shut Up
added by Seanthehedgehog
video
my
magic
friendship
arco iris dash
is
fluttershy
my little poni, pony
My Little Pony - La Magia de la Amistad
On The Block Episode 18 Part 5
posted by Seanthehedgehog
In part two of this fanfic Nocturnal Mirage, Sean, Tom, Master Sword, Mortomis, Annie, and Heartsong were playing Gran Turismo 6. They were all at Sean's house.

The race was going good so far. Heartsong was in the lead with her bmw M4 safety car.

Sean: tu know it's not really a safety car if tu keep crashing into us.
Audience: *Laughing*
Heartsong: I have to win, that's the whole point of this game.
Mortomis: But tu don't need to crash into us. tu f**ked up my Cadillac for no reason.
Heartsong: *Looks at Mortomis' car which has a big dent at the back* What are tu talking about? Your car...
continue reading...
What's Your Take - articulo 173 - Tragic Insemination
posted by windwakerguy430
Now, this is a real bad fanfic… if tu want to call it that. I mean, it is not only awful, but grade A lazy. We’ll get to why soon enough. The fanfic is known as… Traumatic Insemination.
It starts with a gang of Changelings that grab Zecora and they… gang rape her. Ugh. So after that………. Well…. that’s it. No, really, that’s it. It’s just that in general. Zecora getting gang rapped. In other words, this fanfic will just waste five minutos of your time. See what I mean. This fanfic doesn’t even have a story. It’s just gang rape. I wouldn’t call it a disgusting porno, because it’s not even that. It;s just some guys insane fantasía and thought “Gee this would be good to mostrar the world”.
So, yeah, Traumatic Insemination, a “Fanfic” that is just disgusting and not even trying. In other words, don’t read it. It’s not worth your time. But, hey, that’s only my opinion. What’s Your Take
3
Saten Twist Adventures. Episode 10.. PART 3
posted by Canada24
(This is the segundo time, the series will have a breakout character.. this time the character will be MASTER SWORD).

CUTAWAY:
Saten: (a año o two ago) Excuse me. I'm looking for the owner of this business?
Mare: Wait though there (points at Master Swords office)
Saten: (starting going in).
Master Sword: (hiding behind wall) Come on. Come on.
Saten: (walks in) Excuse me I-
Sword: (tackles him and start violently beating him up)... (stops).. Sorry. (pants). I thought tu were the...
continue reading... 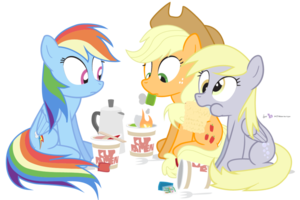 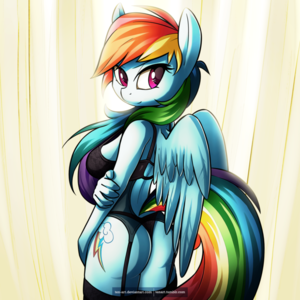 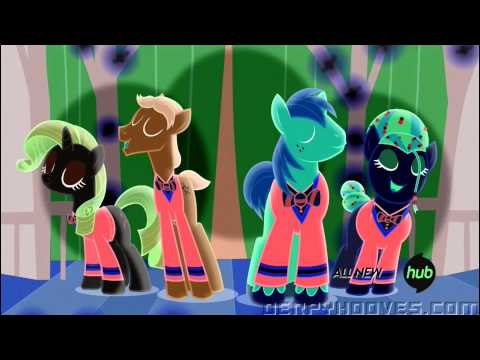 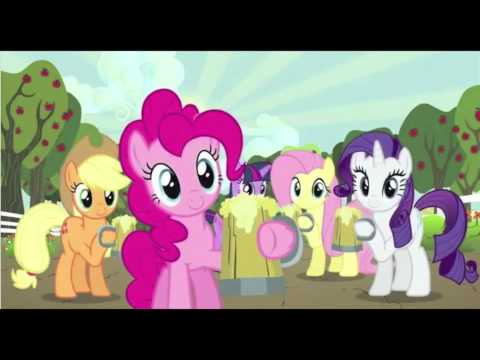 Just How Old Are the Mane Six?
added by purplevampire
video
my little poni, pony
mane 6 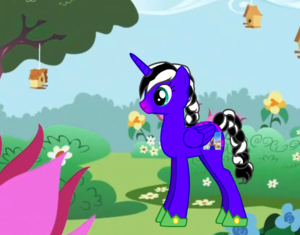 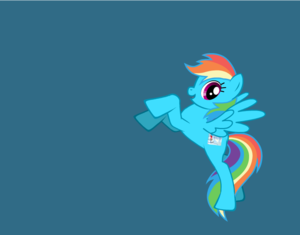 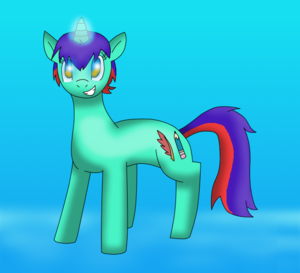 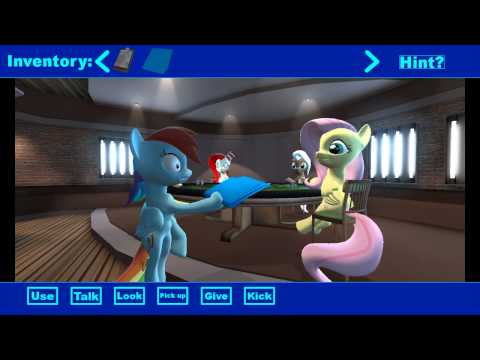 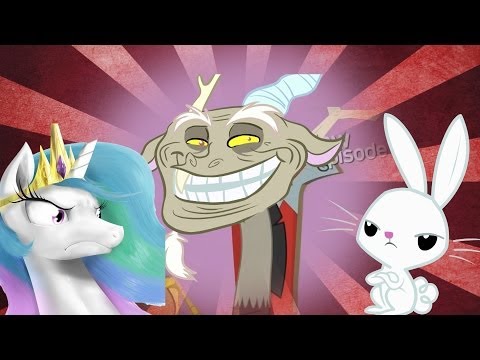