2
Hedgehog In Ponyville 8 part 22
posted by Seanthehedgehog
The airport was not far away from us now. All we had to do was wait for Snips to fly in

Soon, the airplanes were on fuego from the explosion caused por hitting the gas canisters

A few of the bullets nearly hit Snips, but soon we were up in the air, and away from Nazi Forces, heading back to Ponyville

Sean: *gives book to Spike*
Spike: *reads book* Twilight joined them?
Sean: Yeah. We decided not to tell tu until now.
Spike: I can't believe Twilight would do such a thing.
Sean: And Diamond Tiara, and Silverspoon.
Spike: All three of them?
Sean: Eeyup. But it's not as interesting from the one name that's missing.
Spike: What name is that Sean?
Sean: I have it in this book. *gives it to Spike* I think you'll find it amusing.
Spike: *opens book*

Spike flipped through a few pages, and found the word Spike

Sean: It's your name Spike. Surely tu would've expected it. Otherwise, why would tu come here to meet us? To make sure things didn't go as good as Luna intended.
Spike: That's surprising *grabs gun*
Sean: I always knew tu never liked me, and since your master joined Dr. Robotnik's army, tu decided to follow in her footsteps.
Spike: Now your guessing Sean.
Sean: Your pointing that gun at me, because I'm not guessing. Silverspoon was originally supposed to shoot me with that gun, but instead she was assigned to killing Colgate, which is why she died when we landed in Bethlehem.
Spike: And what about the other two that weren't with tu when the operation started?
Sean: arco iris Dash was brought into this mission because I needed her help getting into the castle. Shredder was the only member of the group I could trust, and Doughnut Joe casted a spell on us to make us look exactly like a typical Nazi soldier.
Spike: Your very smart, but I'm afraid your intelligence ends here.
Sean: Go ahead, and pull the trigger. But Luna took the precautions of removing the firing pin from that very gun before she even breifed us on our mission.
Spike: *pulls trigger*

Sean: Why don't tu put the gun down Spike?
Spike: *puts gun down*
Shredder: *points gun at Spike*
Sean: Not so hasty Shredder. We must bring Spike with us alive.
Spike: What now Sean?
Sean: tu will be placed underarrest por Celestia's royal guards, and hanged for treason.
Spike: Public trial would be embarrasing. You're the only one that knows I work for the Nazis. Assuming that-
Sean: You're finished Spike.
Spike: *shocked* Very well then. *stands up*
Sean: May I have those books?
Spike: Certainly *gives Sean books*
Sean: Thank you.
Spike: *opens door* *looks angry at others*
Sean: *looks at Spike*
Spike: *jumps off*
Shredder: *Sighs, then walks to door* *Closes door* *walks back* Is that it Sean?
Sean: Yeah, we got everything complete.
Shredder: Do me a favor will you? siguiente time tu bring me in one of these things, let's do it my way.
Sean: I'll give it a try.
Shredder: *smiles*

Copyright 2013
tailsfan111 and NocturnalMirage like this
NocturnalMirage That series was full of action, great work!
Seanthehedgehog You read the entire story?
karinabrony Woah....you are a talented writer.
2
The lost Memories Prolouge (read description)
posted by Quillabex
I stepped on the floating platform in a dark room. I looked all around me, nothing there was to see, all but the platform and myself. A techie screen appeared out of no where in front of me. Moments later a dark figure showed up on the screen. I couldn't detect who it was, but it looked awfully familiar.
"Identify yourself," the figure commanded.
"Princess Eclipse," I replied nervously.
"This is the one," the figure said. "Prepare the tests immediately." The figure commanded. I knew he wasn't talking to me, but he was talking to someone else? All I knew is that the figure wasn't alone- where...
continue reading...
1
Discussing Matters Over Dinner: An Original Fanfiction por Angrlic Waffle
posted by AngelicWaffle 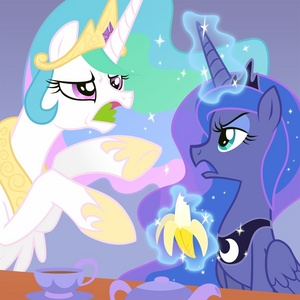 Luna winced as the door clicked behind her, she gave a weak smile as Celestia looked at her with disappointment. She pouted and sat down, when she was comfortable she spoke, "Have tu been waiting long dear sister?"

Luna started to sweat, it was the third time she's been late to cena this week and the 15th time this month! Celestia was going to banish her to the moon! o worse, make her miss desser-

"Nah not thaaaaat long really...!" Celestia slurred trying her best to seem normal, "Sis? tu alright?" Luna asked staring at her sister with a creased eyebrow and a concerned look on her...
continue reading...
2
My misceláneo headcanons II.
posted by NocturnalMirage 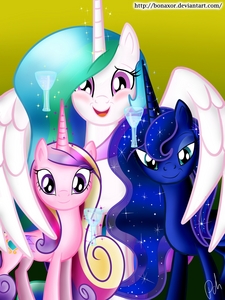 
Okay, this one’s just a quickie.

Since the beginning of the show, we know alicorns are different than other ponies. That stands for their mane and tail as well. This was among the very appealing factors of MLP FiM for me when I joined the Herd. I personally think Celestia and Luna have awesome visual character designs.

But I’ve always wondered why their mane and tail acts the way it does? It billows all the time, like if they were out in the open, enjoying the soft breeze. It’s sparkly and a bit transparent, it almost looks like a veil. Why...
continue reading...
2
Wheels of Evil - Part 12
posted by NocturnalMirage
Wheels of Evil – Part 12


Twilight Sky finished work late at night. He was a bouncer at a local club called the Saucy Mare. His flat was far away from the club. It was his habit to hitch hike on a carriage to get home. The grey earth poni, pony thanked the Creator for the rain stopped as soon as he got off from the parte superior, arriba of potatoes on the cart.

“Thanks for the ride!” T-Sky exclaimed.

The poni, pony pulling the carro saluted back to him and trotted off. Soon, Twilight Sky was alone. The calle was deserted. Still wet and hazy. His capa bristled up from the cold. He sighed, knowing he still has to walk...
continue reading...
3
Lessons on Grammar
posted by btflash
I know this should be for some other club, but I'd like to... well... "Educate" people on proper usage of words, phrases, and grammar in general.

So please, allow me to present:
LESSONS ON GRAMMAR
by btflash

I'm on kind of a short mind-set at the moment, so these "lessons" will definitely grow in number as time goes on and I add lessons.

PLEASE NOTE: These lessons are set in the order in which that I think of them and add them. If tu would like a lesson to be added, please post what the topic of dicho lesson would be in the comentarios below o Private Message me. I will gladly add the lesson if...
continue reading...
3
I amor Everything
posted by StarWarsFan7
"Now, can anyone tell me how a Sonic Rainboom is made? Anyone? Fluttershy. Would tu like to try?"

I snapped back to reality after my beautiful daydream. Looking around, everypony was staring right at me. I hid behind my rosado, rosa mane and squeaked.

"How is a Sonic Rainboom made?"

I paused for a moment. I was about to answer his pregunta until I heard a, "Ooh! Me! Me!"

A few desks behind me was arco iris Dash, the most popular filly in Junior Speedster Flight Camp. She was waving her hoof around...
continue reading... 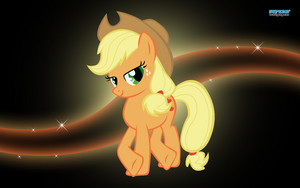 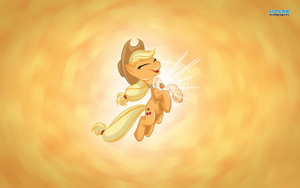 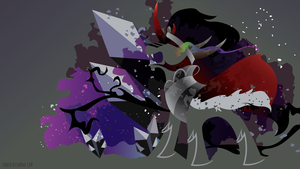 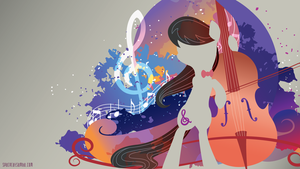 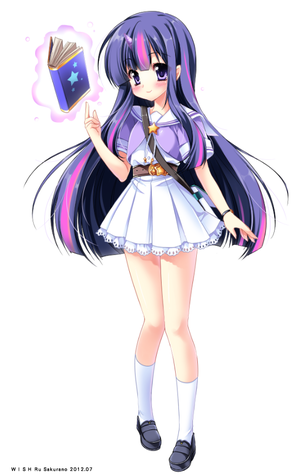 2
Luna is mad
added by KJBiggestFan 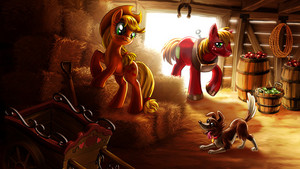 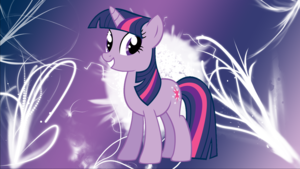 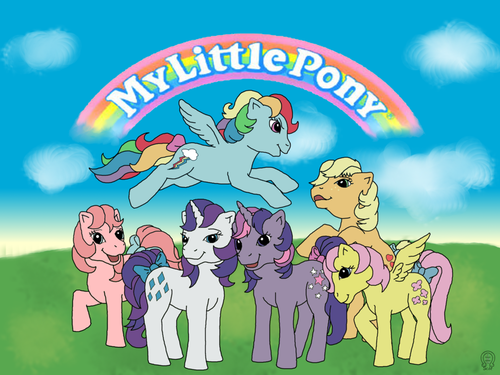 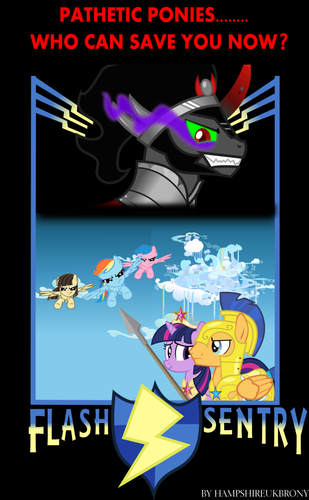 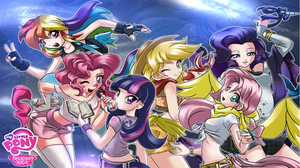 Princess Cadence and Shining Armor Blingee I Made
added by karinabrony
Source: Me for the detail, original owner for picture 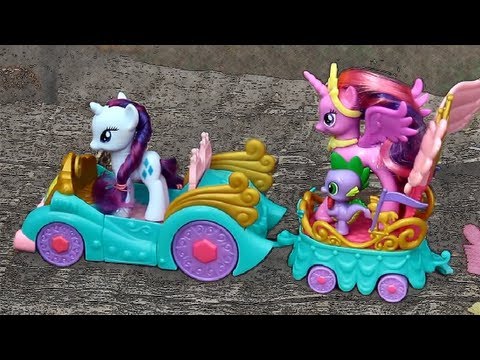