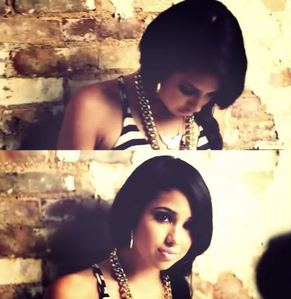 Jasmine V photo shoot for S(HE) BE(LIE)VE(D)
jazmín V haz just made a amazing album last año called S(he) Be(lie)ve(d). Some of the most amazing songs she has wrotten such as Just a Friend, Werk, The break up song, This isn't love, Masquerade, So silly and Angel. One of the songs she has ever made that is known mostly is Serious, Jealous, I own this, To the yard, All of theses boys and Natural.

Thiz año and the ending of last año she has received many commemts about Justin Bieber in her música video Just a friend saying how the song waz dedicated to him. How may these fans know tu may ask.? Well just like in her album she believed says she believe he lied. So in just a friend the song says Justin. Here is the proof, (Just) a fr(I)e(n)d. Many other friends are against this and say that jazmín would have told her fans if that's what she had tried to do. jazmín of course dicho that she had made theses songs and the título of the album too help all her fans who are in amor o just came from a bad relationship. jazmín V will always be a AMAZING SINGER. Follow hef on facebook and twitter @jasminevillegas ....!!! 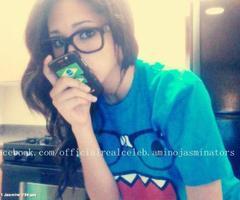 Jasmine V loves being herself! !