4
Jaden Smith in the making!
posted by jadenator12

Jaden Christopher Syre Smith (born July 8, 1998) is an American teen actor, rapper, songwriter, dancer, and the son of Will Smith and Jada Pinkett Smith. He is the elder brother of singer Willow Smith. His breakthrough role was in the 2006 film The Pursuit of Happyness, and he has also starred in the remakes of The día the Earth Stood Still and The Karate Kid.Jaden made a cameo along with his older brother Trey Smith in the 2002 sequel of Men in Black. Jaden then made his major role debut in the 2006 film The Pursuit of Happyness as Christopher, the son of Will Smith's character, Chris Gardner....
continue reading...
4
jaden smith
posted by Jaden1fan
Jaden Smith


Jaden Smith at The Nobel Peace Prize concierto 2009
Born Jaden Christopher Syre Smith
July 8, 1998 (1998-07-08) (age 12)
Malibu, California, U.S.
Occupation Actor/Dancer/Rapper
Years active 2003–present
Jaden Christopher Syre Smith (born July 8, 1998) is an American child actor, rap artist, dancer, and the son of Will Smith and Jada Pinkett Smith. His breakthrough role was in the 2006 film The Pursuit of Happyness, and he has also starred in the remakes of The día the Earth Stood Still and The Karate Kid.

Contents
1 Career
2 Personal life
3 Filmography
4 Awards and nominations
5 References...
continue reading...
9
I amor U JADEN (eppi 1) When I first saw u
posted by Missprinceton1
Me (telica) Friend's (Cymphonique AKA Zoniqque Maddison Pettis China and Zendaya) Include MB OMG girlz Jaden smith willow smith diggy simmons and Jacob Laitmore
Jaden;hey Telica
Telica; hola Jaden wayden *baby voice*
Jaden *kisses her*
Telica *kisses Back*
Ray ray: UGH!!! get a room for the amor of TACOS!!!
Jaden*turns and looks at me* Lets finished what we started upstairs
Telica; sure lets go
he lead me to his room and had our private time
Beauty: what is that moaning noise
Star; probly them 2 lovy duby's in there
Baby doll *looks at estrella for 5 segundos and starts laughing*
JacobL: Maddy baby let's go...
continue reading...
2
jaden smith
posted by MissKyliaFierce
Jaden Smith is now 12 yrs old.. the same age as me.. bt let's get to da point, His b-day was July 8th nd his parents are Jada Pinkett Smith nd Will Smith. He iz a actor, singer, dancer nd a hottie!!! He stars in the coolest movie eva The Karate Kid!!! wit Jackie Chan!!! He stars as a kid named Dre who has to mover to China cuz his mom Taraji P Henson cant afford one in Detroit o was it Chicago bt still couldnt afford it. He iz the cutest thing nd has a 8 pack which iz so SEXY!! Woo!! bt i have a 6 pack nd still workin on da splits!!! bt i really want to meet Jaden Smith becuz he iz so freakin hot nd i just amor his smile nd body!!! oh yea he has a cute little sister named willow!!! so adorable!!! so if yhu (Jaden Smith) gets this i really mean frm da bottom of my corazón nd everything i amor so plz send sumthin back o reply o do sumthin
12
The Jaden Smith I know.
posted by jadenlover

He is the #1 FINEST BOY EVER!!!!!!!
To start off Jaden Smith he is 11 yrs old and he has a great personality. Hes been on many talk shows and more. His parents are Will Smith, Jada Pickett Smith, Willo smith and his older brother. He is really close.He has a six pack that is SEXY. rightNOW HE IS SINGLE. I really want to meet Jaden Smith. He is a R&B Singer, movie star, and more. Heas a Christian. He is in the movie Karate Kid. Jaden also rapped in the song with justin beiber Never say never. He has been in the actuación industry since 6 yrs old which is 5 yrs. He loves twlight and he is team Edward!!!!!! My kind of boy. I luv Jaden!!!!!!!!!

Jaden in front of his dad.
12
JADEN
posted by shawnda12
HIS NAME IS JADEN SMITH 12 año OLD HE was born july 8 1998 he A RAPPER AND A DANCING HE A CHRISTIAN AND HIS BEST FRIEND IS JUSTIN BIEBER they sing never say never

JADEN SMITH PLAY IN THE KARATE KID the día the earth stood still n the persit of happiess HE WAS ALSO IN SUITE LIFE OF zack n cody nthe b also rap in never say never with Justin Bieber.HE is back dancer in whip my hair 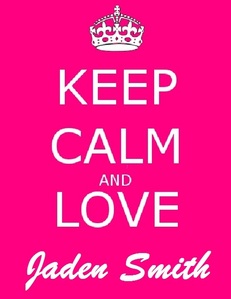 I amor Jaden Smith;it is not because he is hot o that he is rich and famous,it is because I really do amor him.I am not saying that I ever met him but from all the stories that I have read about him are really interesting and sweet.Not to mention some is gossip.I amor him for who he is not to just be famous and be rich and live in a nice house;it does not matter if he does not like me back I totally understand if he likes a blonde with blue eyes.BTW I am black with dark brown hair and brown eyes.
I would really appreciate it if he came to Barbados.
Jaden If tu are lectura this then I just have...
continue reading...
8
jaden smith
posted by jessica-smith
Jaden Christopher Syre Smith is a boy ,his parents are jada picket smith & will smith he has a older half brother named Trey and a little sister Willow,He is in 3 cine The pursuit of happiness, The día the earth stood still & The Karate Kid. Jaden started actuación when he was 6 years old.Jaden is also the best friend of Justin Bieber. He and his Bff Justin Bieber sang the song Never say never together. Jaden is now 12 his birthday is July 8th he was born in the año of 1998. For all u Jsmith fans he is single, but it dosent matter for u cause he is MINE!!!

Born on july 8th 1998( a año older than me)is a talented american rapper,actor,dancer and songwriter.He was born at Los Angles.He is a african-American.also from distant west indian,creole ,
,Portugese-jewish.He was born to actor Will Smith and Jada Pinklett Smith.He has a half brother Trey and is a elder brother to Willow Smith.Jaden is home-schooled.
His breakthrouh role was in 2006 film Persuit of happiness as Christopher Gardner.he also appears in the remakes the día the earth stood still(Jacob) and the karate kid(Dre Parker)
Jaden rapped alongside with canadian singer Justin Beiber in Never Say Never.
Jaden made a cameo alongside with his bro Trey in the 2002 sequel of Men In Black.
por
Hannah2Cyrus
16
Jaden Smith
posted by cheyenne_smith
Jaden Smith is a 11 years old boy turning twelve on july the 8th. He is the son of Jada Pinkett Smith and Will Smith, the estrella of the fresh prince of bel air. As Jaden dicho his father kept talking about how he wanted to remake make the movie The Karate Kid and he did. Making one of the best cine i have ever saw! It was the best action comedy and romactic family movie i have ever saw. Also followed por his knew song Never Say Never including him and Justin Bieber. Jaden Smith even wrote his own lyrics to his rapping part .He can rap dance knows karate and is very funny that's why Jaden Smith is MY role modle.

willow and jaden
8
EXCLUSIVE: We Just Came Back from the KIDS CHOICE AWARDS! Here’s Who Walked Away with a BLIMP!
posted by logan789 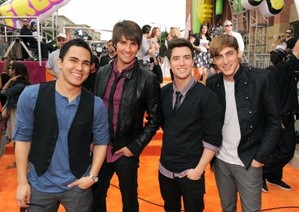 hola readers! We just got back from the Kids’ Choice Awards and we can’t even begin to describe what a blast it was! We saw SO many of your favorito! celebridades on the naranja carpet — it seemed like everyone was there for Nick’s big night! We got to chat with Selena Gomez, the hotties of Big Time Rush, Jaden Smith, The Black Eyed Peas, Victoria Justice, Miley Cyrus, Cody Simpson and TONS of others, so be sure to keep checking back HERE for the latest actualización from the KCAs!

You know who else was there besides celebs? fans just like you! There were tons of screaming fans lining the streets...
continue reading...
6
jaden smith
posted by jadenishot
Jaden Smith is 11yrs old and he is hot.His parents are Will Smith the estrella of Hitch and Jada Pinkett Smith.His sister is Willow Smith singer of Whip my hair and she stars in Imagine That.I am 10yrs old and I am very talented. I have had Principal's Honor Roll since K-5th grade. I have 5 trophies 1 for tap dancing,1 for ballet,2 for Principal's Honor Roll,and 1 for piano.When I grow up I want to be a doctor.I will do well in school and please my family.I hope to meet tu someday.If tu ever get this letter please write back ,and tell me about yourself.CONGRATULATIONS!!!on your new movie.I hope tu and your family have a blessed day.My name is Taylor Gladney.
10
Jaden- cometa ft. Willow
posted by RihannaluvMB
Jaden Smith ft. Willow Smith ~ cometa Lyrics

{Jaden Smith}
Your motion got me roller-coasting
I want all in your ocean
Man look it when I goes in, I got no friends
But if tu had seen where we came
You would know that we’re just making a name
Just off Dex and we straight to a plane
Man, I’m insane - this ain’t a game
Half of tu jokers don’t hear what I’m saying
But this is real, I’m feeling pain
All of the things, I don’t say them in vain
Great as a dane, tu in my domain
I can be batman and tu could be Bane
Fast as a train, sharp as a brain
I am a poet, I do not explain

These are my feelings,...
continue reading...
jaden smith
posted by Jaden1fan

Acting dynasty; left to right Jaden smith trey smith, willow smith, will smith and wife Jada Pinkett Smith at the premiere of the karate...
continue reading...
4
jaden smith
posted by MizzJadenLover
Jaden Smith iz 12 years old. Im da same age bt 5 months older so yea bt he iz so cute!!! His parents are Jada Pinkett Smith nd Will Smith. He has a adorable sister named Willow nd a big brother named Trey. He has been in three cine nd i saw all of them bt my favorito! is Karate Kid!!! His character iz Dre Parker nd his mom jerez who iz Taraji P Henson has to moved to Beijing, China becuz she cant afford one in Detroit. In da movie he gets bullied bt Mr Chan who iz Jackie Chan teaches him Kung Fu nd then he goes in a tournament. When he starts to fight Cheng at the end, Cheng kicks his leg so hard, Jaden falls down bt then Jaden gets mad nd gets up.. then he starts doin the snake thing he saw earlier in da movie nd then Cheng coach says finish him so he charges nd Jaden hit a backflip nd kick him in da face!!!!! then he won nd all of the Cheng players start bowing to him cuz he iz da Karate kid!!! I LUV JADEN SMITH HE IZ SO FREAKIN HOT ND AWESOME
More Cards
1234567891011