4
The Huddy Truth 6x20
posted by Irene3691
siguiente día when Wilson goes to work, House asks his friend to cover him because he has to go to his place to finish some things for the navidad party. Cuddy doesn't suspect anything at all, and that's good because it is a great surprise from House. Greg is changing a bit for her. He wants to do things to make her happy. This party is a nice gesture of him, it was all his idea, and Wilson is sure she’ll like it.

Cuddy spends the whole morning working, in meetings and looking for House. Wilson has told her that Greg is in a patient’s house and he’ll come back later. She goes back to her office and keeps on working.

House is alone at inicial preparing everything: the food, the decoration... Greg is not an expert on this but he does his best. Finally when he’s done, he goes to the hospital and Cuddy runs into him.
‘Hey! How was the assault on the patient's house? Did tu find anything?’
‘Just some heroine and illegal immigrants... nothing special...’
‘I have another meeting now and then I’ll go home. What time do tu finish today?’
‘I'll be done in a couple of hours. I'll pick tu up after your meeting and we'll go inicial together, right?’ Asks Greg.
‘Sure. Well, see tu later, I'm late.’ She goes to the meeting room.


House goes to Wilson’s office and comes in. ‘The pato is in the water, take everyone to my home. She's in a meeting now, I'll pick her up when it's finished and we'll go inicial together.’ Says House with a deep voice.
‘Okay, I'll take the other ducklings to the pond. The key, please?’
‘There tu go.’ House gives the key to Wilson and when he finishes working, James goes with the rest of the people to the navidad party at House's place.

Meanwhile, when her meeting ends, Cuddy goes to her office to pick up her stuff. House opens the door. ‘Ready?’
‘Yeah. Where are we going tonight, to my house o yours?’
‘Let's go to mine for example... we can go to yours tomorrow...’ He suggests
‘Okay, as tu like.’ They go to the car.


House texts Wilson saying that they are on their way. Wilson turns off the lights and everybody waits for them in the living room until someone opens the door.

From outside Cuddy is talking. ‘...and you're cooking tonight, don't try to get off of it...’
From inside, whispering, Wilson says. ‘Shhh when they come in, we shout "Merry Christmas", right?’

‘Me cooking? I'm not gonna cook tonight!!’ House opens the door. Cuddy frowns and she threats him smiling. ‘Ohh of course tu are...’
‘We'll see that...’
‘Then you’re gonna be hungry tonight becau-...’They come in and House turns on the lights.
All together shout. ‘MERRY CHRISTMAS!!!’
Lisa is shocked, she didn’t expect this at all and she doesn’t know how react. ‘Oh my... Wow!’ She looks at Wilson and then at Greg, smiling but confused. ‘What’s all this!?!’
‘In my dictionary it would be called: a navidad party.’ Says House.
‘But... I thought... tu didn’t like these things... Has it been your idea?’ Lisa asks.
‘I don't like these things... but I know tu do...’
Wilson looks at them both and smiles, they look so lovely.
‘Awww’ Cuddy hugs her boyfriend. ‘You're so sweet, this is perfect. Thank tu so much, guys.’ She smiles at Wilson and gives a kiss to Greg.
‘Oh, come on, they haven't paid for seeing this!’ House chuckles and hugs her.


Now, after this, no one has doubts about what House and Cuddy have, but they don’t mind. This is a nice gesture and means a lot to her. Cuddy smiles at him. ‘Really, thank tu very much.’ Then she smiles at Wilson and hugs him too. ‘Merry Christmas.’
‘Merry navidad to tu too, Lisa.’ Says Wilson smiling and separates from them. ‘Well, okay guys.’ Says looking at the rest of the people. ‘Here comes the life of the party!’ People laugh and the party starts.


After some time House is sitting on the couch. Cuddy goes there and sits siguiente to him. ‘Aren’t tu having fun? People amor it, it has been a great idea, and I amor it too.’ She smiles.
‘Yeah... it's fine... it's just that I'm not very keen on parties... tu know... having many people around...’
‘Yes I know... and I know you're doing it for me. Merry Christmas, Greg.’
He chuckles. ‘Merry Christmas, but I'm still angry with Santa...’
Lisa chuckles, too. ‘Technically is not navidad yet... Maybe Santa will bring tu something for being a good boy...’
‘If he comes across, I'll kill him...’
‘Okay, okay, I’ll warn him!’
‘Good... better for him... Now, stop wasting time with me and go with the guests... Enjoy the party.’
Cuddy smiles at him sweetly. ‘You should come and have fun too’ He smiles back at her and she goes with the guest.
House stays there for a while staring at her, finally he did it, she looks happy.


He remains in the sofa with his chin on his cane. Wilson comes and sits siguiente to him. ‘Having fun?’ House asks to his friend.
‘Not as much as you... it seems... Come on man! This is a party! Share your happiness with the world!’ House stops looking at Lisa to look at Wilson.
‘Are tu alright? What are tu thinking about?’
‘I'm not keen on this stuff, tu know it. I just did it for Lisa, she deserves this and everything. I just want to make her as happy as I can...’
‘You have made her feel great.’ He stands up to take a drink. ‘House, tu want something?’
‘Alright... let's drink something...’

They go the mesa, tabla where the drinks are. ‘You can drink, tu don't have to drive to get home.’ Says Lisa approaching to them.
‘Oh, come on Wilson, you've heard that. Let's get stoned!!!’ Jokes House.
‘It's an advantage, but I have to drive inicial later’ He gives House a drink.
‘Then I'll drink for both... Cheers!’ House sips from his glass.
‘That's not necessary either...’ She says.
‘Well... I don't want these poor spirits to feel lonely. I'd better be with them for a while...’
Cuddy takes one of his glasses. ‘I think two at the same time is too much...’
‘No liquids, no party...’
Wilson chuckles and says. ‘Liquids... then no party later...’
Cuddy laughs. ‘Wilson knows me...’


The party goes por and House and Wilson keep talking (and drinking) while Cuddy is talking to the rest of the people.
‘And... where are tu going to spend New Year's Eve?’ Wilson asks.
‘I don't know... I guess we'll be here in Princeton...’
‘Really? I thought tu were going to visit Lisa's family... They were here when tu had your accident.’
‘Hmmm... I don't know. I haven't talked to her about that...’
Cuddy approaches to them again. ‘What are tu doing, guys?’
‘Nothing, just talking... What are tu gonna do on holidays?’ Wilson asks.
‘Me? I don't know... We'll stay here, I think.’ Says Cuddy looking at Greg, he shrugs his shoulders. Cuddy keeps talking to Wilson. ‘What are tu gonna do? Visiting your family?’
‘Hmmm I think I'll go to see my family for a couple of days... but I'm not sure yet.’


They keep talking about family, the hospital and all that stuff for a while. Time goes por and the party comes to its end. Guests are starting to leave, among them, Wilson, who is the last one to leave. He takes his coat.
‘Okay guys, I'm leaving... See tu tomorrow at work. Merry Christmas.’ He looks at House. ‘Nice party Greg.’
He nods. ‘Thanks Wilson.’
‘Bye Wilson. Merry Christmas, have a good time.’
‘Well... And now comes the worst part... cleaning up...’
‘Yes... but together we can do it in ten minutes...’ Says Lisa taking some dishes.
‘Yeah... in ten bloody minutes...’ House starts taking glasses from everywhere and they put everything in the dishwasher.
‘Don't complain...’
‘I'm not complaining... it's just that I'm sure they don't do this in their houses... I know my house isn't the cleanest one in the world but...’
‘I’m pretty sure tu do this in their houses too...’ Says Cuddy taking the broom.
‘I basically don't go to their houses... I'm not so crazy...’
She rolls her eyes and they keep on cleaning for a while.


‘I'm gonna have a ducha, ducha de before I go to bed.’
‘Okay, I’ll have one after you.’
They have their ducha, ducha de and put on their pajamas. When he finishes, House goes to the living room and lies on the sofa with her.
‘Are tu tired?’
‘Just a little bit. And you?’
‘Preparing parties is very tiring... I'm extremely worn out...’
Cuddy approaches to him and gives him a hug. ‘Let’s go to bed.’
When they are on bed, they stay in silence for a while until Cuddy speaks. ‘Thank you.’
‘Thanks for what?’
‘For all you've done for me today...’
‘It's nothing... tu deserved it. tu needed to have a good time with people, I just gathered them all.’
‘You made me have a great time.’ She smiles slightly. ‘Merry Christmas, Greg.’
‘Stop saying Merry Christmas, will you? I'm starting to like how it sounds...’
‘Merry Christmas.’ She gives him a kiss and lies on cama again. Greg smiles slightly at her.
‘Merry navidad Lisa...’

Irene3691 ~ SandraCH91 ~ diego27rg
swarleyhabana, SandraCH91 and 2 others like this
14
Kal Penn Leaves House for the White House
posted by papasu
Shed tears for Lawrence Kutner né Choudhurry, sure, but don't feel bad for Kal Penn. Although his character has been written off of Fox's House, it was at his request — and for a very good reason. Penn soon will be setting up comprar across the calle from the White House, in the Old Executive Office Building.

"I was incredibly honored a couple of months hace to get the opportunity to go work in the White House," Penn told EW.com the night that Kutner was killed off of House . "I got to know the President and some of the staff during the campaign and had expressed interest in working there, so...
continue reading... 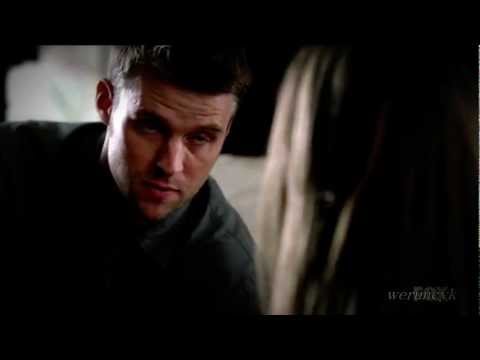 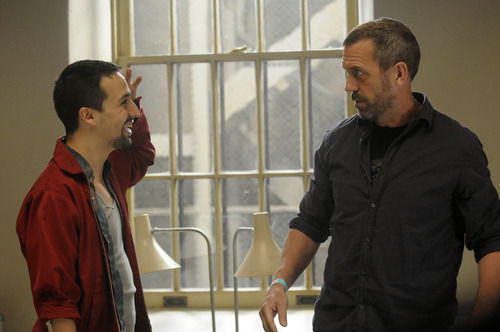 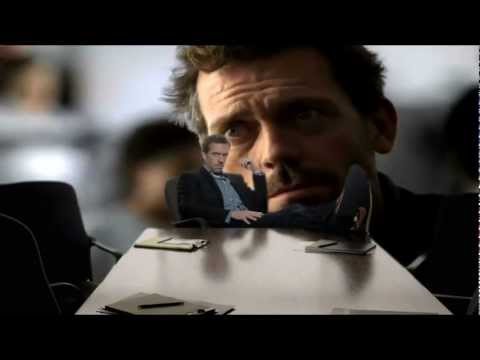 1
Video tribute to House M.D., its cast and crew.
added by mariesatine
link- We would like to thank every single person who helped contribute, whether tu are in the video, helped collect the huge amount of data, o just spread the world about this project.
video
house md
hugh laurie
lisa edelstein
gregory house
cuddy 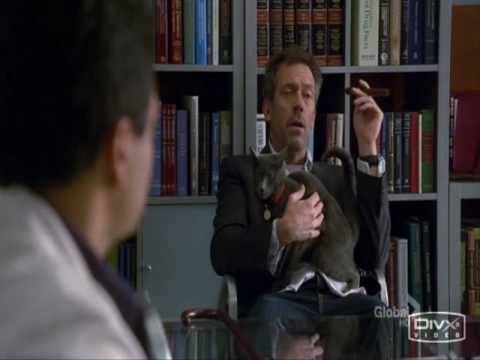 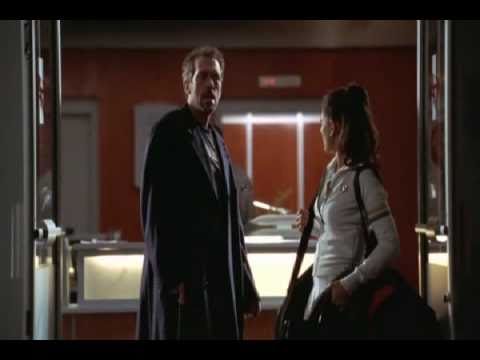