12
"My Constant Amongst The Changing Seasons: (An Overview Of How Huddy Baby Could Work)
posted by rosehustle1
One Night...

"It's nice to have fatty greasy cuisine again." House dicho as he nibbled on the cebolla rings Wilson just bought. Wilson chuckled at his friend's eagerness for basura food.
"So, they gave granola and figs in the asylum?"
"More like oatmeal and pan de molde, pan that tasted like sawdust. They think that because you're a nut tu don't care how comida tastes."
"Well, you're back to all the unhealthy choices tu love."
"The American dream realized...Give me the scoop. How have the three morons handled the cases since I've been gone?"
"They did great. Sometimes Chase and Cameron helped them out."
"That's good..." He dicho in a faraway tone.
"It was harder without your inventive ideas and sudden epiphanies though."
House looked up at his best friend and grinned.
"So, what's new around here? I know tu Wilson you've got some scoop. I've been gone for two months I need some gossip."
Wilson smiled nervously and his gaze went back down to his plate.
"...Nothing really. You've been the biggest gossip as of late. Everyone has an opinion on crazy Dr. House."
House studied Wilson for a moment and then went back to eating his cebolla rings.
~~~~~~~~~~~~~~~~~~~~~~~~~~~~~~~~~~~~~~~~~~~~~~~~~~
A week gone by...

"You know." Cuddy dicho as she stalked into his apartment.
"That tu have huge funbags great for motor boating well I discovered that years ago."
Cuddy let out a frustrated grunt and threw her capa at him to take.
"You know that I'm..."
House put the capa on his sofa and moved to stand in front of her.
"I know?"
She turned her gazed to the door trying to avoid his stare.
"Cuddy?"
She looked up at his eyes and knew it was time.
"I'm pregnant."
House let out a breath.
"Why didn't tu tell..."
"Don't...you know why. You've been through alot and I wanted to make sure you..."
"That I wasn't a basket case anymore."
Cuddy furrowed her brows at him.
"You were scary. tu were seeing things and nearly lost your life again...I took advantage of tu that night." She dicho as she moved to sit down on the sofa.
House sat down beside her.
"I may not have been completely stable but believe me, I wanted it." He dicho with a grin.
Cuddy looked up at him with a serious expression.
"Do tu want this?" She dicho as she pointed to her slightly protruding stomach.
House looked away and remained quiet.
Cuddy shook her head and stood up.
"Don't worry about it. I know it's the last thing tu want. tu don't have to do anything." She dicho as she took her capa and walked out of the apartment.
~~~~~~~~~~~~~~~~~~~~~~~~~~~~~~~~~~~~~~~~~~~~~~~~~~
Five Months Along...

"I thought tu could use this." Wilson dicho as he handed Cuddy the small tub of dulce de azúcar, fudge icecream.
Cuddy smiled brightly and gestured for him to come into her home.
"Hi, Rachel." Wilson dicho to the crawling
ten-month old in her play pen.
"Is her cold gone?" He asked as he sat on the recliner.
"Yes. The humidifier worked wonders." Cuddy dicho as she came out of the cocina with two spoons and the icecream tub.
"None for me, thanks." He said.
Cuddy dug into the sweet snack happily. She rested the tub on parte superior, arriba of her very pronounced belly.
"This is just what I needed after that disasterous budget meeting and two lawsuits." She dicho as she licked the chocolate from her spoon.
"You look exhausted. Maybe tu should delegate más of your responsibilities at the hospital until the baby comes."
"That's a good idea. Maybe Cameron can take over some of my donor meetings."
"Have tu talked to House lately?" Wilson suddenly blurted out.
Cuddy put her icecream down.
"Why? What did he do now?"
"Nothing. I mean he just seems very preoccupied lately. He's always escritura musical compositions when he's not at the hospital. We rarely go out bowling anymore."
"Well, that's más constructive then him getting wasted every night o hiring a whore."
"There is quite a bite to your tone."
"He is just so closed off...I told him the sex of the baby yesterday."
"What is it?!" Wilson asked energetically.
"A boy." She dicho with a proud smile.
"That's wonderful...Wait what did he say?"
"He didn't say anything." She dicho with a forlorn look.
"He just shook his head and dicho 'Good for you,' and limped away."
Wilson threw an arm around her and stroked her shoulder.
"It's alot for him but I know it means alot to him too." Wilson said.
"I hope so."
~~~~~~~~~~~~~~~~~~~~~~~~~~~~~~~~~~~~~~~~~~~~~~~~~~
After 36 hours of labor...

"Knock. Knock." House announced as he entered the small hospital room.
Cuddy lay in the cama drenched in sweat. Her hair was mussed and her eyes were beyond tired.
"Did tu see him?" She asked.
House limped over to her bedside and sat down.
"He's got your lips." He dicho with a slight smile.
"And your eyes." She dicho softly.
House swallowed and placed his shaking hand over hers. Cuddy grasped his hand in response.
"I haven't been dealing." He stated más to himself than to her.
"It's okay. I haven't exactly been the picture of perfection these last few months."
House stroked his thumb over her palm.
"I'll be there...for him if tu want me there." He dicho in a whisper.
Cuddy couldn't help but to shed a tear at his sudden offer.
"I want tu there."
~~~~~~~~~~~~~~~~~~~~~~~~~~~~~~~~~~~~~~~~~~~~~~~~~~
Three Months Old...

"He's sound asleep. Rachel too." He dicho as he sat siguiente to her on the sofa.
"Thanks." She dicho as she yawned and stretched her arms.
"You hungry?" She asked.
"What do tu got?"
"Left over Indian food."
"That'll do." He dicho as he placed his hands behind his head and put his feet on the coffee table.
~~~~~~~~~~~~~~~~~~~~~~~~~~~~~~~~~~~~~~~~~~~~~~~~~~
"I think it's time to tell everyone the truth." Cuddy dicho as she sipped her tea.
"What truth might that be?" House asked with his eyes closed about to fall asleep.
"That you're David's father."
His eyes snapped open.
"Everyone thinks it anyway. Those blue eyes are a big tip off." She dicho as she placed a hand over his.
"The board would never take tu seriously again. They'd find some way to can you."
"You're right." She dicho abruptly.
"What that's it? tu give up just like that?" He asked slightly annoyed.
She grinned at him.
"I want to tell our friends. Chase, Cameron, your team. They should know at least."
He looked intently at their interlocked hands before meeting her gaze.
"Why now?"
"Because I am happy and this will make me even happier. This will make tu happier too."
She traced her free hand against his chin. She took in a deep breath.
"I amor you, Greg."
House's mouth fell open at the revelation. His eyes remained fixed on hers.
"Greg?"
"It's about time tu admitted it." He dicho with a tender smile as he leaned closer to her and kissed her deeply on the mouth.
lovelife93, anaperez007 and 10 others like this
Verdent3 Love it. If that happens it will probably be years while the show runs. I hope these two characters find some peace at the end of the show like this.
chicanabella It is plain to see that these two cahracters are meant for one another, and it would be amazing to see such a thing occur.
snow_pup LALALALALA Y A Y! so adorable XD 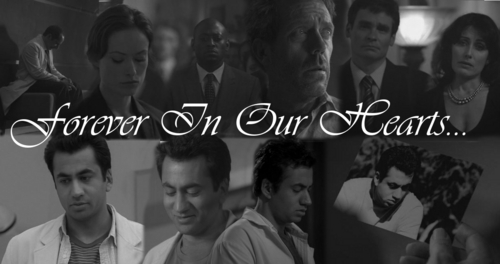 17
Graphic Contest Round 13
added by xoxJoJoRulesxox
Source: Me (:

5
5 to 9
added by Bones_Obsessor
Source: pietruszka @ livejournal and zorro, fox 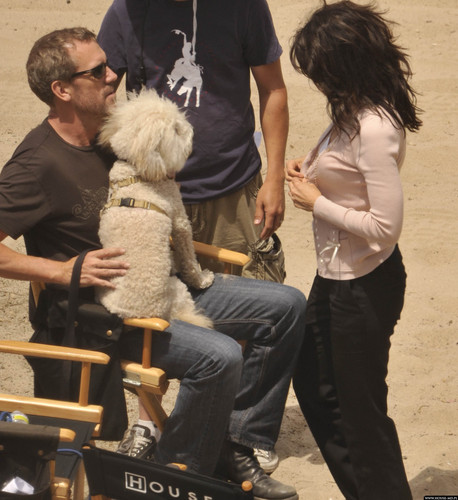 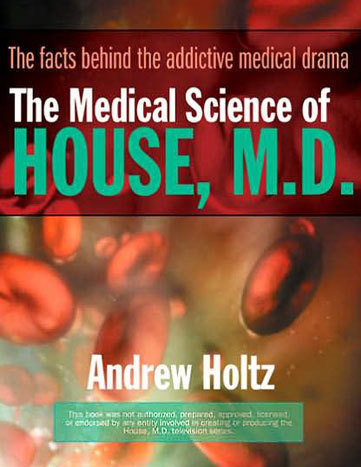 8
house md book
added by Huddyaddict12
9
In Mayfield 34
posted by HugeEgoSorry
That same afternoon, Wilson didn’t bother to bury himself on self-destruction. He had set his mind to mover on and accept what House might have decided on what to do with their screwed up friendship. He’s not doing it because he doesn’t care on what his friend felt but he’s doing this to re-direct himself and try to be normal as what had been used to. He had lost Cuddy’s trust the other día and now, his only relationship that is existing is obviously at stake, well, at least that’s what he thinks it is.
Instead of heading home, he drove out to work, put on his lab capa and mover like...
continue reading...
8
"After Wedding Toasts and Long Drives"
posted by rosehustle1
"Shhh. It's okay little one." Lisa Cuddy whispered softly to her baby daughter.
"He looked so lost, Lise." James Wilson dicho as he sat down in the rocking chair near the crib.
Cuddy put Rachael in her cuna and walked to sit siguiente to Wilson in the other rocking chair.
"Why didn't tu tell me he had been hallucinating?" She asked.
"I thought it had ended. He thought it had ended. Apparently we were both wrong..."
"He wouldn't tell me what he thought happened, but I have a feeling tu know."
Wilson took in a breath and stood up.
"He thought tu helped him detox."
"And?"
"He thought things had changed...
continue reading...
12
Almost Broken <Part Seven>
posted by HugeEgoSorry
After Ian’s near death experience, his parents became más protective of him. Almost all things were supposed to be with their knowledge before their son take up something especially if his life would be hang in balance.
House and Cuddy, with Ian, now eight, decided to spend their spring vacation back in Michigan. House’s mother also came over in Lisa’s hometown and agreed to spend time with her grandson. This also gave her the chance to bond with her son’s mother in law.
One afternoon while House and his son were playing in the garden, Lisa with her mom and mother in law were preparing...
continue reading...
10
A light went off. Chap 3 (sorry for the delate).
posted by huddysmacked
Wilson and House were on the living room, they had watched how the paramedics took her away.

Wilson had stop crying and House wished to cry. They have been sitting there for almost an hour, it was dark and they hadn’t spoken. They didn’t want to, it was too hard to take this loss, they had so many preguntas rounding their heads but they didn’t ask them either. The main one being, why did she commit suicide?

They couldn’t quite believe it. Cuddy had been normal all this past weeks, well as in normal involving fights with House, stress from work, and Rachel. 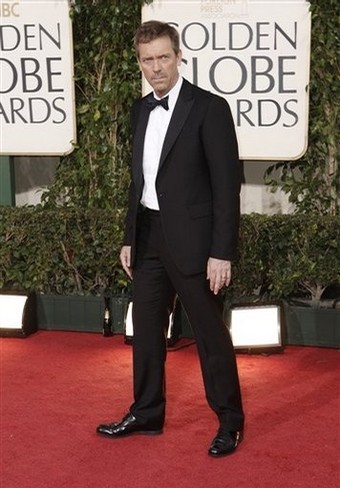 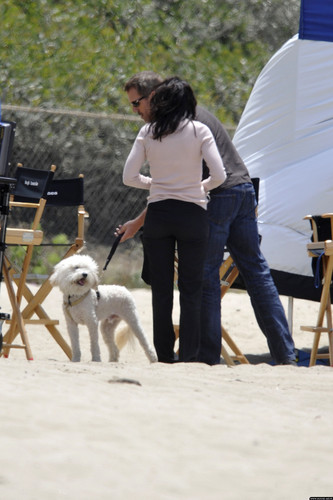 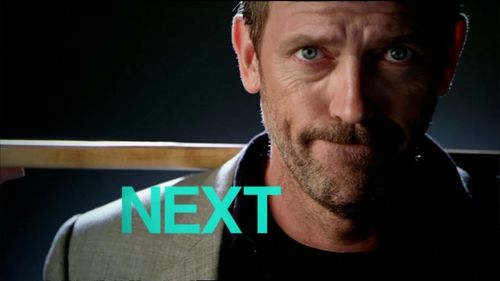 6
New Promo ScreenCaps
added by housecuddy4ever
Source: marykir
3
"Someone New": Part Eight
posted by rosehustle1
"You have a seta shaped birthmark on your inner thigh." House stated as he traced his hand up and down Ariel's bare skin. She ran a finger over his arched eyebrow. He looked up at her and leaned in to kiss her mouth. She smiled once they broke apart. He turned on his side and brought the blankets up to cover them both.
"I don't usually rush in to sex. Just to let tu know." Ariel dicho with a smirk.
"I know...but I'm glad tu did this time." He dicho with his ever present smug gaze.
She dropped on her side and traced his prickly beard. He closed his eyes and gave in to her gentle touch.
"You...
continue reading...

6
5 to 9
added by Bones_Obsessor
Source: pietruszka @ livejournal and zorro, fox 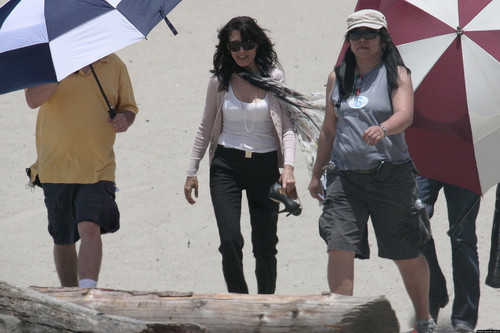