I've known them for quite a while,
and many years have passed,
we're always irritating each other,
so it surprises me that we last.
But lately things have changed,
más so than they could,
a sadness fills the air,
más so than it should.

There's been tension between them,
here there are no lies,
but something bad is going on,
and it's hidden behind their eyes.
I know how they feel about the other,
and I know that they're both true,
but there's been a different feeling forming,
something foreign, something new.

It's a amor that's been progressing,
something that's been left unsaid,
like a silent whisper calling,
o attempting to talk to the dead.
They won't tell each other,
and this saddens me so,
because if they were together,
who knows where they could go.

They could have something,
they may have never had before,
and who knows what else could happen,
who knows what could lay in store.
Their chance is slowly slipping,
slipping right from their grip,
and the más they will ignore it,
the más their corazón and soul will rip.

It kills to see them unhappy,
and it hurts más to know why,
the real reason why he's slowly killing himself,
and why she gradually continues to cry.
I hate having to stand by,
and watch them suffer every day,
every moment that I'm living,
only puts me in más dismay.

My attempts to convince them,
are shot down every time,
they refuse to listen to what I say,
and believe I'm out of line.
They become closer every day,
with every segundo to pass,
he's become más interested in her,
at least, más so than her ass.

Their blue eyes wrapped in innocence,
latch to each other with guilt,
they know somethings coming,
to break down their muro they built.
They refuse to believe the truth,
which I have been continuing to say,
"if tu don't say anything now,
who will be at the alter with tu on that day?" 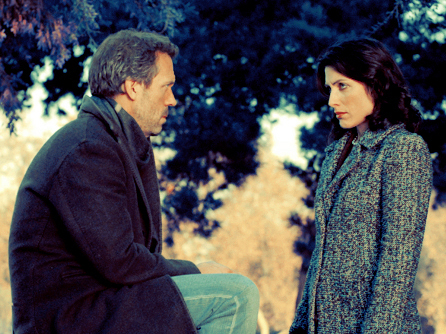 kathiria82, smidget and 5 others like this
everybody_lies It's pretty nice, I like it.
lizzie22xo Amazingggg job.:D
hilson94 I love it!!! Good job!!!
ToEkNeE Also: House's Confession\Cuddy's Poem Cuddy's Confession\House's Poem You can find all three of these in House MD spots. For these two refer to the House MD spot, the Huddy spot or the House MD ships spot.
7
Troubled: Chapter 6- Good News? Bad News?
posted by HouseJr
CHAPTER 6 GOOD NEWS? BAD NEWS?

Cuddy couldn’t stay in her cama any longer; she hopped out at 5am and got dressed in flash and headed to the hospital. She didn’t even eat breakfast, she went to her office, what would she do? She had promised Wilson they’d see them together but he didn’t come in till 7. She could eat; no she was too nervous, she sat at her escritorio escritura meaningless things on meaningless pieces of paper. Nothing like that mattered when in just an hora she would find out whether she could save her best friend’s, no the amor of her life’s life. She fiddled and she wrote,...
continue reading...
12
Troubled: Chapter 3- Admitted
posted by HouseJr
CHAPTER 3
Cuddy sat in her office and watched House walk away, ‘what will I do if he dies?’ she thought ‘I won’t be able to take it; it will rip my corazón in two. I will do ANYTHING to keep that from happening!’

House walked into his office, almost exactly like before only this time Kutner had the common sense (and the enjoyment of being alive) not to be playing on House’s computer; instead he borrowed someone’s laptop. Everyone heard House come in but had decided it would be best if they just ignored him and let him start any conversations, about anything.

“Well do we have...
continue reading...
11
The two power modelos in House Md:Leviathan VS The Prince
posted by salemslot 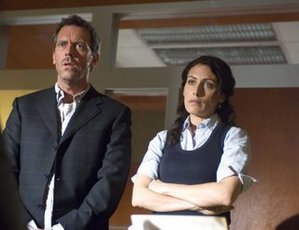 In every single episode,we are witnesses of the power play displays between House and Cuddy,the employee against his employer.In real life,this kind of juxtaposition would never occur because the employer is the master of his domain and won't tolerate any questioning of his o her authority.But,House Md is not just an ordinary mostrar but depicts life in the most blunt manner(references to naturalism) and criticises many aspects of it such as authority power.This articulo will compare two profound despotic governing modelos as described por Tomas Hobbs in "Leviathan" and Nicolo Machiavelli in "The...
continue reading...
9
**OMG HUDDY SCENE!!**
posted by Fabouluz
Cuddy and House


HUDDY gets found out por the team; when they get caught in a compromised position while making out in PPH.

House sneaks into Cuddy’s office and leaves a little note in her desk; signed with a funny euphemism. No one knows anything about their relationship except for Wilson; who only knows about the infamous kiss.

(Cuddy walks into her office early in the morning and puts her maletín on her desk, before opening her escritorio drawer to find the note from House.)

Clinic at 12. Room 3. Patient with the obviously large metaphor.

Both men had fallen silent.

Their arms entwined, vague silhouettes to each other and invisible to anyone else… as always.

What they saw in each other had always been invisible to the rest of the world but in this darkness it seemed silver lined: Wilson knew he would never be able to leave House’s side simply because he was unable to let go now that all he’d claimed to hate was in his arms, pressed up against him like something precious… and something all his. And so James Wilson the guardian ángel regained his position.

My current House-related obession is the official soundtrack. While it doesn't include what many fans would consider essential House songs (such as The Who's "Baba O'Reilly" and AC/DC's "Highway To Hell", just to name a couple), every track on the album is excellent and reminds us of our favourite episodes, scenes and characters. So I thought I would share with tu a few lyrics from certain songs on the album that really capture the essence of all that is Dr. Gregory House.

*Lyrics in bold are ones that I think are particularly significant! 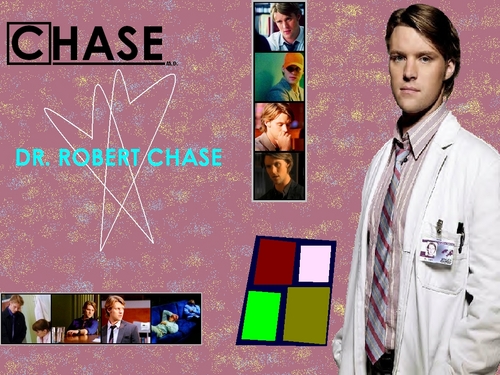 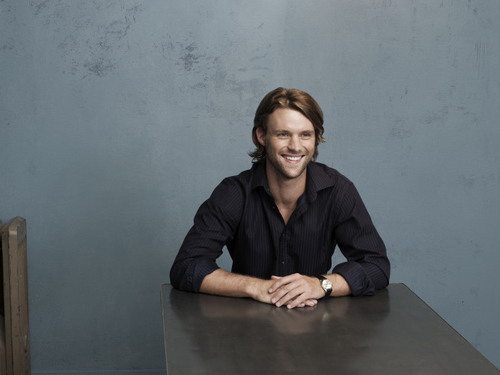 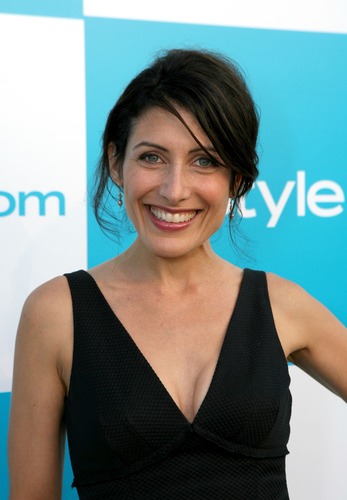 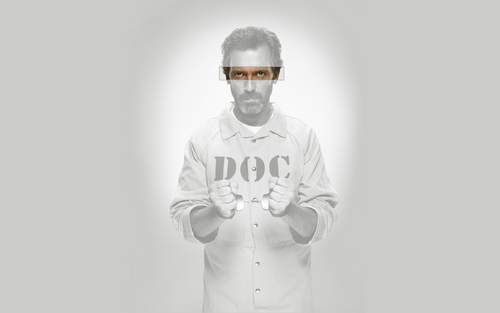 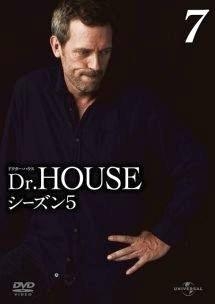 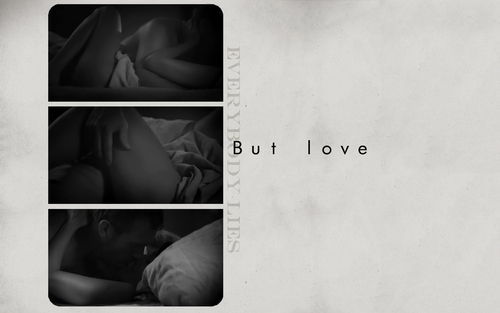 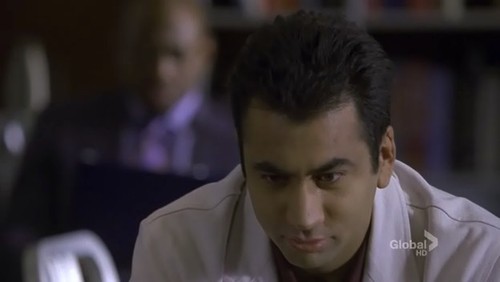 2
Season 5 pics
added by House34
7
The Huddy Truth 5x11
posted by Irene3691
Two weeks pass por and Lisa and Greg are preparing their suitcases to go to France. He’s in the bathroom and asks her to bring him a T-shirt that is in his dorm. Lisa gets into his dorm for the first time since New Year’s Eve, and that brings her some memories.
Cuddy goes to the bathroom’s door to give him the T-shirt. ‘Here it is.’
‘Leave it there...’
‘Sure, I'm not gonna come in.’
‘This dirty mind of yours...’ He chuckles.
‘I don’t want to put tu in a hurry but I need to take my stuff from the bathroom...’
‘Yeah, I get it.’
When they have everything done, she sits...
continue reading... 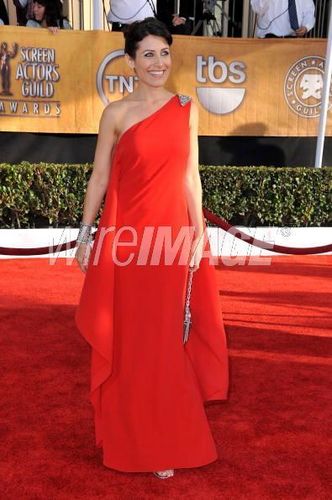