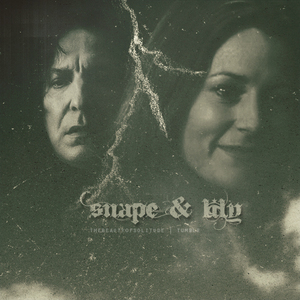 " always"
I hear all the time...from some how they think Snape truly hated Harry. o how the two couldn't possibly like each other. But then again there are so many complex facts that would suggest otherwise. James and Sirius were mean to Severus when they were all at Hogwarts. And Snape had a fascination with the Dark Arts and preferred his studies to goofing off. Plus he had an abusive father and a mother who tried to mostrar compassion but couldn't do anything about her husband. So Snape grew up bullied at inicial and at school and his only outlet of affection was Lily Evans. Then of course that fateful día he called her a " mudblood", I don't think Lily was the type to hold a grudge had she lived I think Snape would have been a different person himself. The sadness and remorse he felt after she died that halloween night. So knowing that he had to live with the fact that he joined a cult that helped kill his " One and only True Love", go on to teach her son that she had with his biggest enemy and then come to meet again Sirius Black and find out that he is Harry's godfather. All of that has to hurt. Plus playing the part of an undercover double agent to protect this boy who looks like your enemy but possesses your loves eyes also cant be easy. But he never gave in. I'm sure he could have quit and dicho " I cant take this anymore" and killed Harry himself. But in the end he knew that Harry would be the only hope they have to defeating Voldemort and Snape could see Lily once again in heaven. That is also why I believe, that when Nagini went in for the kill, Snape embraced death, he gave in. Even in Part 1 of the movie the makeup they have on Alan's face and under his eyes he looks careworn and like all this stress is taking a huge toll on him. He wanted to be at peace. Cause we all know that Snape was a very skilled wizard and probably could have dueled Voldemort as Dumbledore did, maybe not quit as well, but close. Then when he lay there dying, the very last person to look him in the eyes with those piercing green eyes was Harry himself. Harry even wanted to cry watching his potions master laying there dying. Both could have dicho mean things in those last few segundos but no...Snape pulled Harry close and dicho " Look at me". Then 19 yrs. later...as Harry and Ginny see there kids off, little Albus says he is afraid of ending up in Slytherin. Here again Harry could have dicho " Well tu have a right"...instead he says" tu know your name Albus Severus, tu were named after the two greatest headmasters Hogwarts has ever seen, one of them was a Slytherin and he was probably the bravest man I ever knew." I remember lectura that back in 2007 when I first got the book, I shed tear then started crying...after all the trials and tribulations Harry and Snape endured they in a way made peace with each-other. And For Harry to say that was like " Thank tu Prof. Snape, I know now tu really did care about me. And tu truly loved my mother even though she married my dad.

" Look....at...me"
bdavis98, linhousepotter and 1 other like this
Poseidon3 Very good article!
Persephone713 Oh..thanks.
dpaisita97 Aw this is sweet, and I only noticed half of his troubles but I still think it's honerable how he protected his true love's son so she wouldnt have died in vain. RIP Severus
LadyNottingham A nicely written piece, once more. Thanks for posting it ! I agree that Severus would have been able to duel any wizard - including Dumbledore and Voldemort. I agree he had welcomed death with relief as he could not take this anymore obviously. (See his conversation with Dumbledore in HBP.) I have noticed too that in the movies, he is shown with an exhausted look. Yes, this war was taking its toll on him. However, one detail intrigued me. Severus died with his wand in hand. He had not been Disarmed. He was in full possession of his physical, mental and magical abilities. He was a consummate Slytherin and self-preservation is a very important trait in these people. So what happened ? Why a man of such intelligence, that had survived about 20 years of dealing with the Dark Lord, would have died like this, so "easily" ? After reading and thinking, I came to the following conclusion. Severus let himself being killed because of the Unbreakable Vow he had taken with Narcissa. In particular because of the 2nd clause which stated that he would do his best to keep Draco out of harm's way. Severus knew the issue about the Elder Wand. He had already figured out it even before Voldemort had. He added two and two together : if Voldemort realized that Draco was the Master of the Elder Wand (which he was not as he had been Disarmed by Harry in the mean time), he would have been after the boy. Draco would have been in great danger. So Severus chose the only option available to him : let himself be killed so that Voldemort would not go after Draco. Plus, it had the extra advantage of sending Voldemort on a false trail - a trail that would lose him eventually. That theory is a "rational" reason, in my own eyes, that would explain why a clever man like Severus had let himself die. It does not exclude other reasons like being fed up with life, being tired of the life he was leading, longing to join his beloved Lily. These reasons may even complement each other. Severus lived like a Slytherin, worked like a Ravenclaw, loved like a Hufflepuff and died like a Gryffindor.
Persephone713 I like your last sentence ^^^ very true. He was Smart, Loyal, Cunning and Brave.
nany5755 true true!!
Misharrypotter i liked it 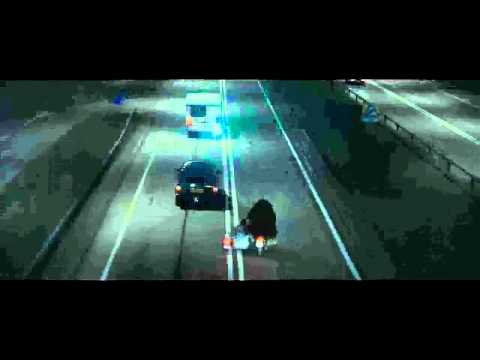 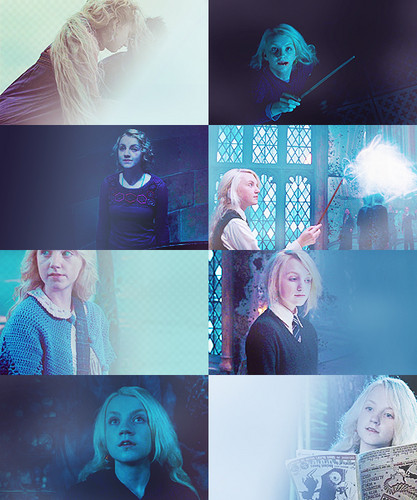 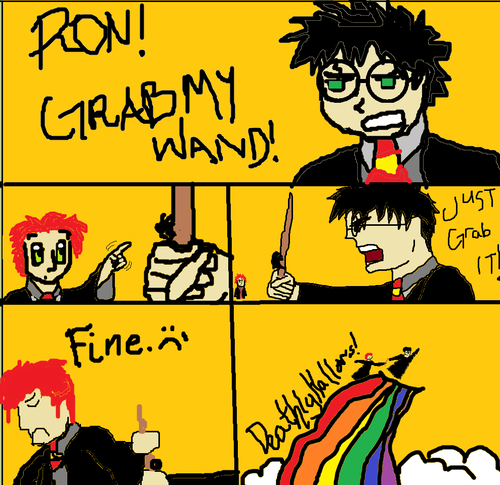 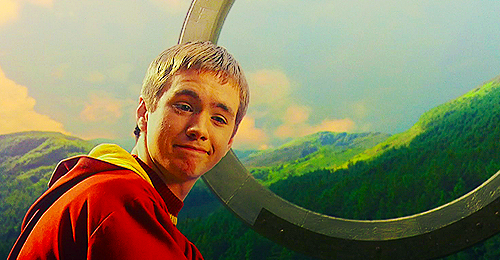 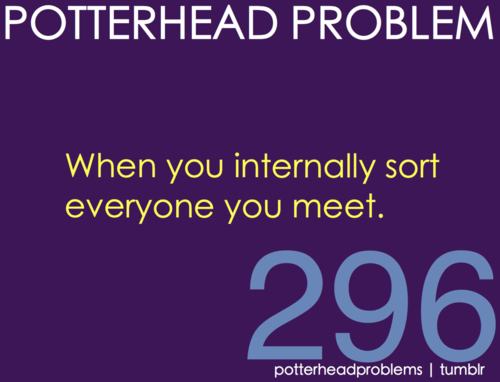 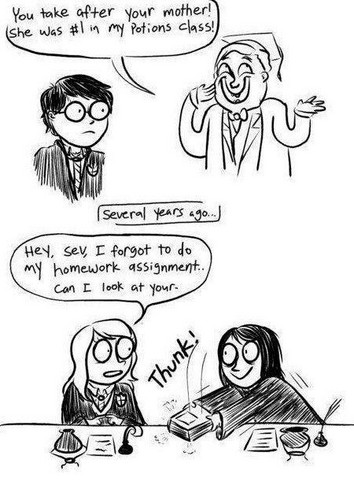 9
Why was Lily #1 on potion class
added by nessie-eska
Source: not my work 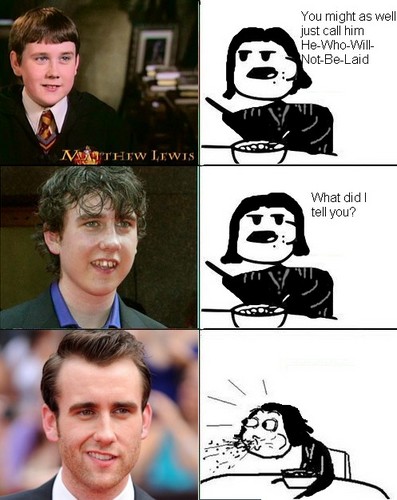 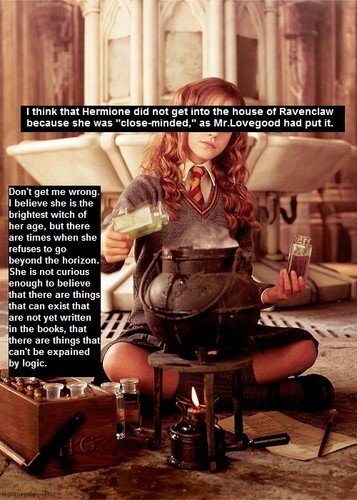 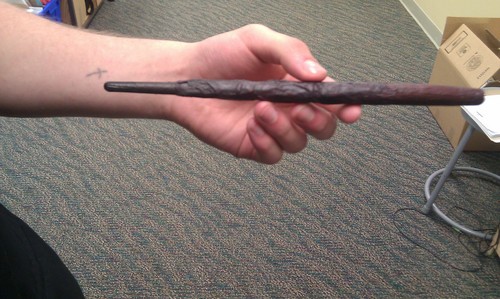 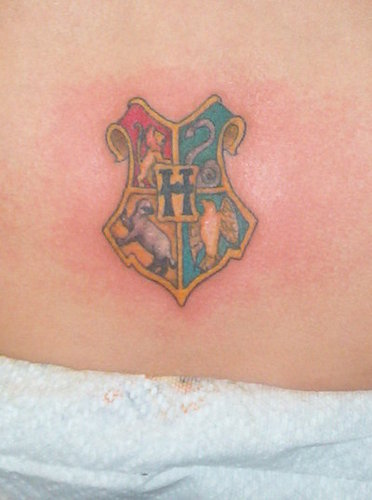 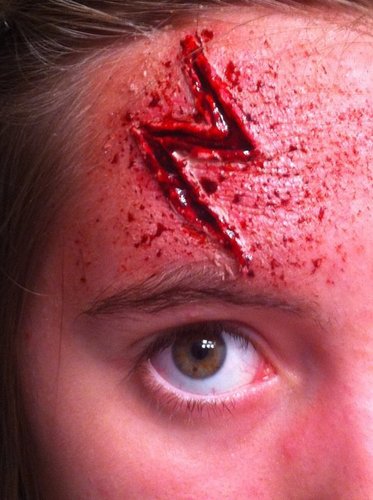 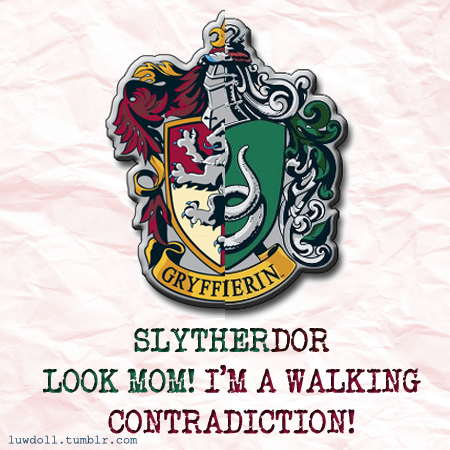 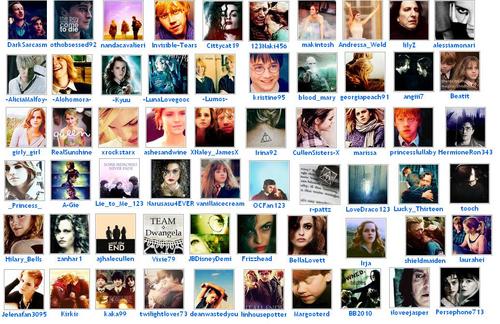