Has anyone here ever watched Leverage?

hace más de un año gurl_guhguh13 said…
Well, the book isn't that popular. But people compared the author with JK Rowling, because she also wrote on the Children Fantasy genre.

hace más de un año lucius_malloy said…
IT'S BLOODY FREEZING. But I am kinda used to it... I did lose all feeling in my toes, though

hace más de un año gurl_guhguh13 said…
Gosh, it's raining again. I hate it. Well, byez then before my dad--

Eeeeep.!
Just got my Harry Potter tickets :D x
Now I just have to hope that my three friends Paige, Mollie and Sam get some terrible disease and I can watch it at the premiere :D x

Accio, I was lining up for the tickets :D freezing my butt (well, toes) off for two hours outside then another two inside - BUT WE WERE THE SECOND ONES TO GET TICKETS AND WE GOT POSTERS :D
and no, my toes didn't turn black. Only red :D

:O You lazy moo.!
And malloy, you had to queue up? I just got it off of the odeon website :D
But, like I said, hopefully Paige, Mollie and Sam will get some disease, so they won't be able to go to London. That wold mean only TWELVE days till I see it :DD x

hace más de un año lucius_malloy said…
I think technically we could have gotten them off the net, but the people who lined up got first pick on seats since I think the net shop thing opened half an hour later or something... And anyway, we did it or the experience :D 'twas really very fun

and hungover...sorry what, who said something?

on a completely unrelated note, halloween parties are fun! :DD

omgg the twilight forum has gone to the dogs

hace más de un año lucius_malloy said…
I'M GOING ON THE 17TH
ARE YOU JEALOUS YET?

hace más de un año harrypotterbest said…
Narcissa ran down the hallway, screaming her son’s name. ‘Draco? Draco! DRACO!’ she yelled as she tore through the crowd, not caring about anything but reaching her son, dreading the truth that he might have – no, she could not think it, not now, while she was looking for him, while there was still hope. ‘Draco?’ she called desperately, as tears sprang into her eyes. ‘Draco!’
She looked right and left, but was astonished to see Bellatrix right about to kill a girl who reminded her so much of Andromeda. ‘NO BELLA!’ she screamed, forgetting everything except her sister, running towards Bellatrix. ‘Don’t kill her, that’s Andromeda’s daughter!’ she yelled, grasping her wand tighter.
‘So what?’ snarled Bellatrix, raising her wand, a wild gleam in her eyes. ‘She’s a blood traitor –’
‘DON’T CALL HER THAT!’ roared Narcissa, she did not know where it came from, but as she glanced into the child’s face, she knew without knowing how she knew it, that the child would be as compassionate and loving as Andromeda was. ‘Please Bella,’ she begged, ‘please don’t harm her!’
‘What has gotten into you?’ said Belltrix, a insane smile lit up on her face as she said the unforgivable words – ‘Avada’ Before the spell hit her, the girl turned to look at Narcissa, with a look of concentration on her face, she turned her hair long and brown, and as she did, she resembled so much Andromeda that Narcissa had to look away.
‘Tell my mum I love her! And tell her I’m sorry!’ shouted the girl in desperation, as Bellatrix finished her spell.
‘NO Dora!’ shouted someone else, and Narcissa turned to see a man with scars on his face. Shabby robes, and brown hair flecked with gray running towards them. Before he could reach them, though, He was hit by a jet of green light cast by Antonin Dolohov. The girl – Dora – was hit by Bellatrix’s spell only a few seconds later. ‘Remus!’ was her last word.
‘How could you, Bellatrix?’ she sobbed. ‘That was Andromeda’s daughter, you idiot!’ she shouted, turning around and running away, searching for Draco again, she looked around but could not spot him, she broke into sobs and leaned into the wall as she felt quite faint.
‘Narcissa!’ called someone, she just had enough energy to lift her face and glance at Lucius, who was walking with – no, it couldn’t be…
‘Draco!’ cried Narcissa, running over to them; she hugged them both, feeling like a family again, despite all the fighting taking place. Tears slipped down her cheeks, as she entered the Great Hall, she noticed Harry Potter in the middle with Voldemort. She watched as Voldemort fell, and could not suppress a cheer when he did. At last, she would have the family and peace which was all she needed.

that was a wicked story! Have you guys seen the harry potter lego sets?

yup (she) hahahahahahahahah twilight people are offically the MOST desperate people EVER. 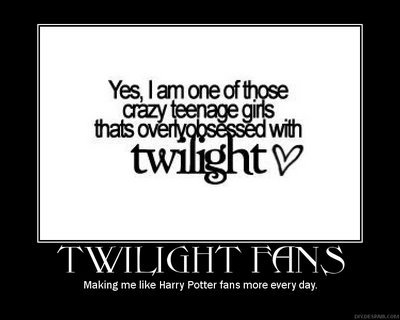 Wow im on there tooo 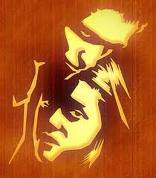