5
My SNSD Vocal ranking 2015
posted by DaniMF
This is a new ranking. It's been a long time. Hope you'll enjoy.

She's not a clear winner for me, once. Yes, she's good, but she's been kinda bad lately for someon who is in her level, recently she's gotten better, but that won't make me ignore her past. She's got tons of control over her voice, but her high notes has gotten worse.

Not very interesting for me.

Neither a clear segundo one. She has decent high notes, and a pretty good control over her low notes. She's kinda unstable when she sings too much.

I amor her tone, so husky.

Again, she isn't a clear third one. I think Seohyun has gotten a leven in which she can easily swap with Tiffany o Taeyeon. She's got an amazing control in low and medium notes, but the worst high notes in the vocals if we don't count Sunny.

Boring, but at least unique.

I know I'm going to get a lot of hate here but before saying nothing let me explain. First, she's got control over her voice, she can sing higher and lower live. Second, she's solved partially her breathing problems. Third, she sings más clearly and tu easilly notize it por their lives.

She has a different tone for each song, and I can easilly tell when she's singing.

And now let me explain here. The main reason she's here is because despite her good techniques she has huge tone problems. She doesn't tend to hit the right note live.

This is the hardest one in all the ranking, because I think Yuri has backed to her level, but I'm gonna give Hyoyeon the spotlight once, because how impressed I'm about her line in INTW Ballad. She's got control and tu easily hear her voice.

It sounds nice sometimes, but not all the time.

She's back, don't dude it, but she needs más time to get back. She's now más control and stability than before. Her voice has gotten clearlier.

Her voice is magic, loud but cute.

While there's improvement, it isn't as big as the other dancers. Her voice isn't clear, and as tu could notize I give a lot for it.

It's pretty when canto low.

I hope tu liked the article. fan it if tu liked and leave a comentario with your ranking. We'll see in the siguiente article. 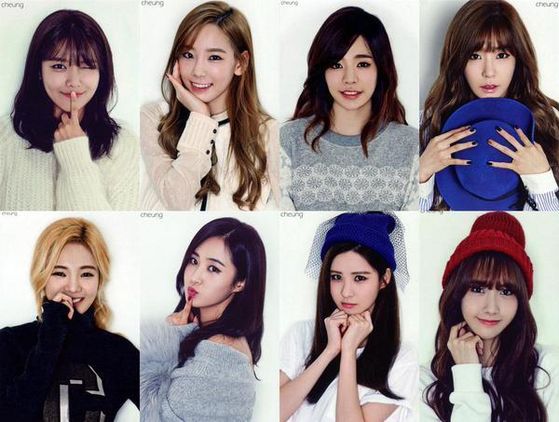 deestinychild, Jessica_Forever and 3 others like this
Gretulee Interesting, but not fair Anyway, good job ^^
Tiagih2 I am basing this off the recent Tokyo Dome concert 1. The fact that Seohyun doesn't yell most of her belts is reason enough she is a better vocalist than Tiffany 2. I agree Sooyoung has gotten better control over her voice but she barely sang so its not enough for me to say she is a stable vocalist.. Also the fact she can't project her voice without it wobblying. 3. I agree on Sunny, except on the high notes. Its not the worst its just not always done right. 4. I agree with Hyoyeon but the fact she was a little nasally I would have still put Yuri (who isn't as nasally) ahead but by a pinch.
pretty_angel92 i have the same...freakin'....ranking =O 1-Tae 2-Fany 3-Seo 4-Soo 5-Sun 6-Hyo 7-Yul 8-Yoon
choiyuri07 Their vocal ranking 1.Taeng 2.Tiffany 3.Seohyun 4.Sunny 5.Sooyoung 6.Yuri 7.Hyoyeon 8.Yoona But my favorite snsd member voice 1.Sunny 2.Yuri 3.Yoona 4.Sooyoung 5.Hyoyeon 6.Tiffany 7.Taeyeon 8.Seohyun (her voice is really nice,but what I want is soft and sweet voice. I'm not a hater.) My opinion only
Jessica_Forever My 2015 snsd vocal ranking: 1.)Taeyeon- her voice is powerful and has an excellent vocal technique 2.)Seohyun- her voice is unique,soft and relaxing and she has a very good voice quality 3.)Tiffany-I love her husky voice and she has a good ,rich and strong voice 4.)Sunny- She has a sweet, cute and charming voice, she's also very good in falsetto but she needs to practice more on low notes... 5.)YuRi- She has a sweet,elegant and charming voice 6.)Sooyoung- Her voice is sweet and cute 7.)Hyoyeon- Her voice is good and husky but sometimes, weak... 8.)Yoona- Her voice sounds okay but she has the least vocal skill in snsd, she sometimes sounds weak but her voice sounds cute though :) But if Jessica's still in snsd, she will be the one and the best in my vocal ranking... This is really my snsd vocal ranking (including Jessica); 1.)Jessica- I really love her voice so much, it's rich, beautiful,soothing,bright and so so very super cute, she has the best voice in SNSD for me, she always sounds incredible, great and amazing!!! <3. 2.)Taeyeon 3.)Seohyun 4.)Tiffany 5.)Sunny 6.)YuRi 7.)Sooyoung 8.)Hyoyeon 9.)Yoona
danefelene 1. taeyeon 2. tiffany 3. seohyun 4. sunny 5. sooyoung 6. yuri 7. yoona 8.hyoyeon
pearlxashxdawn [i] Vocal ranking: 1. Taeyeon 2. Seohyun 3. Sunny 4. Tiffany 5. Sooyoung 6/7. Hyoyeon/Yoona 8. Yuri Fave voice: 1. Sunny 2. Yoona 3. Seohyun 4. Tiffany 5. Sooyoung 6. Hyoyeon 7. Taeyeon 8. Yuri [/i]
SoshiSones9 Vocal Ranking 1. Taeyeon 2. Seohyun 3. Tiffany 4. Sunny 5. Sooyoung 6. Yoona 7. Yuri 8. Hyoyeon Fave voice 1. Yoona 2. Yuri 3. Seohyun 4. Taeyeon 5. Tiffany 6. Sooyoung 7. Hyoyeon 8. Sunny
Taeyeon - And One Lyrics (Hangul)
posted by shiraz97 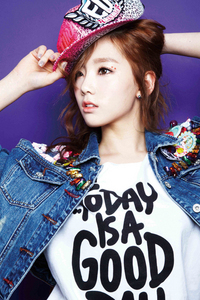 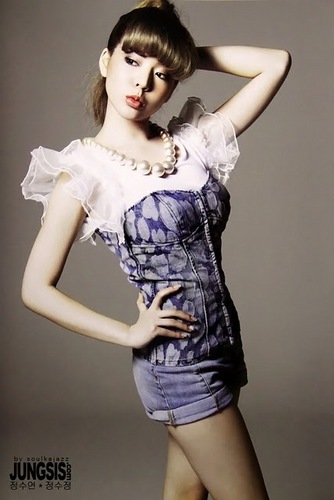 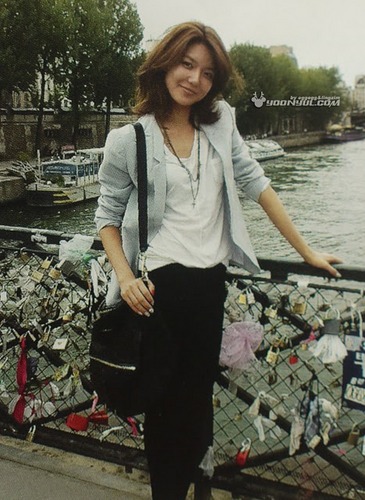 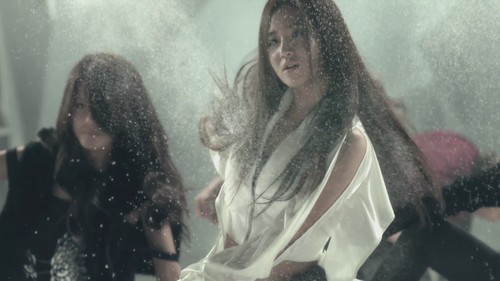 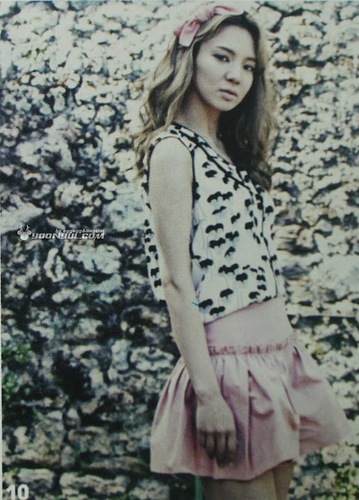 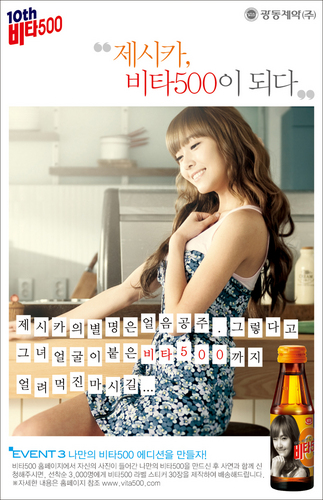 1
All About SNSD~
added by Animefreak_SNSD 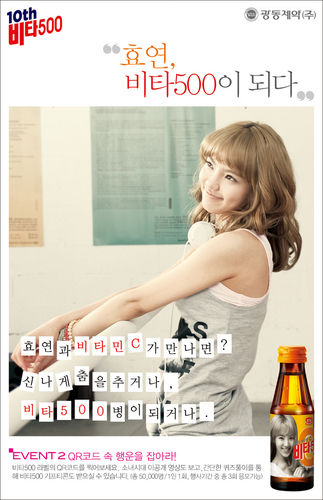 Hyoyeon-SNSD Vita500 CF-Individual poster
added by fanylove09
2
Most Talented Member Results (as of May 2014)
posted by snsdlover4ever
Each round was based on how many fair comentarios there were. Without further ado...

Remember that this was voted por the public, and that I did not contribute any votos to this lista whatsoever. Thanks for reading, please no bashing, and I'll see tu at the siguiente article! Bye! 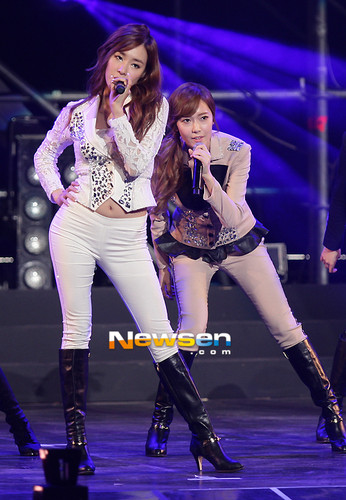 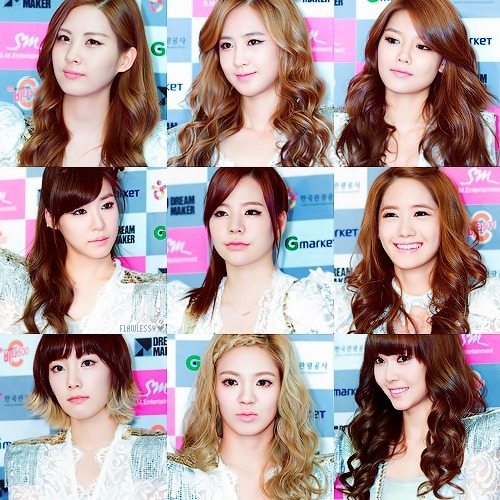 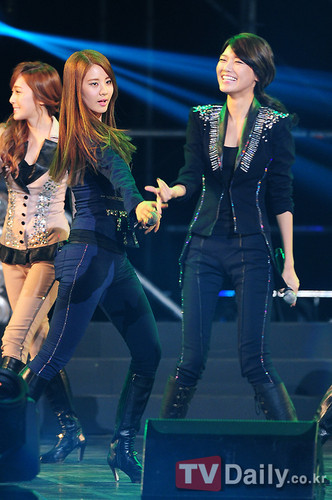 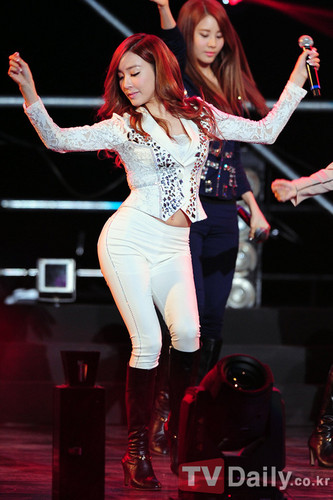 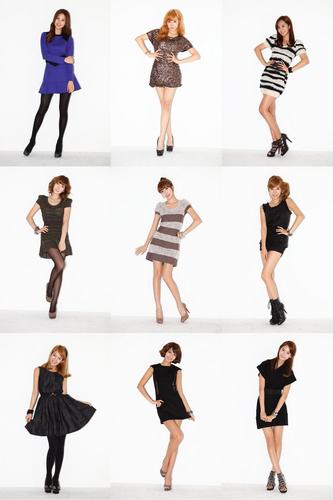 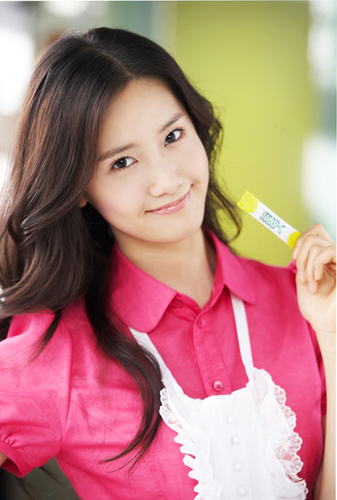 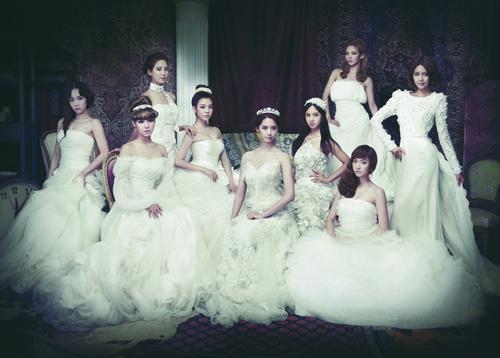 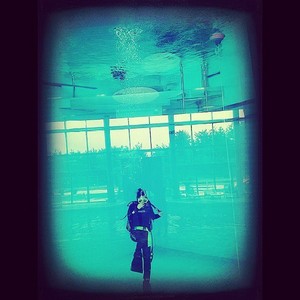 Yuri is now the third member of Girls’ Generation to registrarse the foto sharing service, following Taeyeon and Hyoyeon. Taeyeon recently uploaded a foto of herself and the members of Girls’ Generation from the world tour concerts in Seoul, and included a caption tagging both Hyoyeon and Yuri.

All of the fotos Taeyeon and Hyoyeon have uploaded and their captions can also be found on Soshified. Yuri’s fotos will be shown below and updated with their captions translated as well. 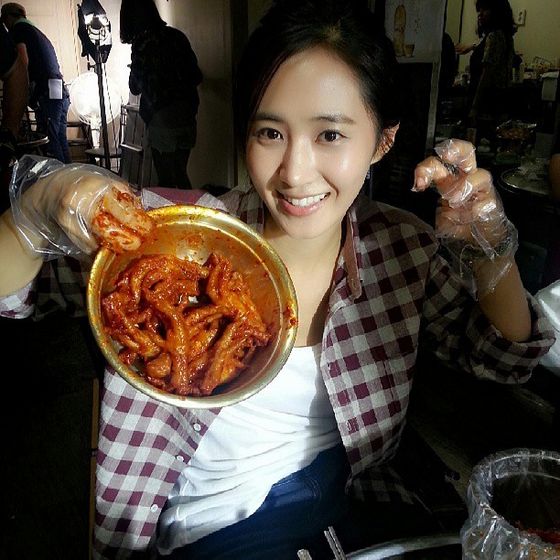