15
Some Of Sylar's Best Quotes:
posted by Miss_Dreamer

- "This is usually the part when people start screaming."

- "I wasn't begging for my life. I was offering tu yours."

- "I am the natural progression of the species."

- Sylar: "You're broken."
Brian Davis: "What?"
Sylar: "Suresh was right, it's so clear now. How it all works...pieces fitting together. It is in the brain."
Brian Davis: "So tu can help?"
Sylar: "Don't worry Brian...I can fix it. It's an evolutionary imperative." (crushes Brian's skull with a rock)...
continue reading...
10
Head Count - A lista of Sylar's victims so far (season1 and 2)
posted by Miss_Dreamer 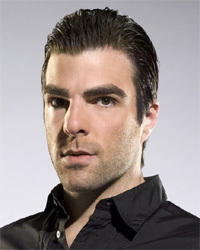 Killed because they were in his way:
-Chandra Suresh. Seven minutos to midnight
-Jackie Wilcox(in mistake for Claire).Homecoming
-Hank, Company medical enployee. The fix
-Virgina Grey,...
continue reading...
9
Hero / Anti-Hero
posted by Miss_Dreamer
Peter
-Aquires powers naturally,absorbing them like as ponge,Without harming the other hero.

-Wants to make the wrld a better place and to be part of something biggern than himself.

-His mother thinks he is weak and incompetent,
and wants him to be ambitious, like the rest of
the family.

-Has no interest in power over anyone,although now he is the most powerful person on earth.

-Will die to save a stranger, o anyone in the world; has never killed anyone.

-Wants to be special and powerful,because he believes he and his family...
continue reading...
13
Sylar was set to leave heroes in Season 2......
posted by Miss_Dreamer

Sylar
Thanks to the recently resolved writers' strike, Sylar will remain an intergral part of the mostrar in the third season.
Actor Zachary Quinto had origionally been set to drop out of the last half of the segundo season due to his comitment to playing Spock in the upcoming estrella Trek film.

But because of the strike, filming on the Trek movie is complete and Sylar has been written back in.
"Well, we have no plans to say goodbye to Sylar right now," Tim Kring told Sci-Fi wire. "I mean that was yet another silver lining from the strike - Zachary Quinto's available to us in the third volume. That was a huge thing for us to be able to have him back."