11
Damon's Miss MysticFalls
posted by merzycullen
He was draining the girl in his arms dry. sucking all the blood and life right out of her. he didn’t feel remorse, He didn’t feel guilt. Because that’s what he does. He kills. He’s a hunter, which is why what happens siguiente surprises him más than anything.

He sees a car going towards the bridge at full speed. There was a family inside that car. They were about to die. Not that he cares, people die everyday. Why should he care? But that changed when he saw the girl inside that car. That girl looked exclacly like Katherine; the Vampire perra who turned him and his brother. She was long past dead, he knew because he and his brother were the ones who killed her, o so he thought. That couldn’t be her thought, Because he saw the look of fear in her eyes. He knew that fear wasn’t just for herself it was for her family. He didn’t know what drove him into those waters to save the girl, it could be her looks, he doubted that. He Hated Katherine. He didn’t know..But what he did know was that whatever instict drove him, they were strong.

He saved the girl. He saved her brother because he asked him to. But he couldn’t save her parents. And that was hard for her to hear. And he knew that because he stuck along por her side, She couldn’t see him. But he saw her. He looked after her from afar. Always in the shadows. Always hiding. He didn’t want to think that he was becoming a brood, But this girl changed him. She truly did. She was strong considering everything. She didn’t mostrar any grief with others, she was strong for her brother. And she was stubborn about it too. He admired her…She reminded him of himself when his mom died so many years ago.

Months past and he was still there. Looking out for her. He knew he had to step out sometime, but up until now he was content with looking from afar.

it was the día of the Miss MysticFalls pageant and he knew she would be there. He went wearing a tux and looking very handsome, if he did say so himself. Many years has past yet his confident never goes away. he enters the Lockwood mansion where the Pageant is taking place. The girls walk down the grand staircase. he looks up and there she is. The girl he dreams about, the girl he saved. The girl who changed him without her even knowing it. She wears a long blue satin dress, she looks…Beautiful. He couldn’t really find the words to describe her. Yes, Damon Salvatore was Speechless. Because of her and her beauty. He couldn’t take his eyes away from her. Which is how he noticed her panic at the end of the staicase, He noticed her partner was MIA.

He steped in front of her. Taking her por surprise and grabbing her hand before she hesitated. He lend her towards the ball room, the música playing in the background and uncontrolable whispers as well. She was confused, but grateful that this handsome stranger saved her from public humiliation. Oh and did she mentioned how totally hot he was? And the way they danced in total sync. It’s like their bodies know each other from another time. She feels like she knows him, But she can’t put a finger on it. It felt as if they were alone, in their own little world. So much that she didn’t even pregunta how he knew all the steps. When the song ended they just stared at each other’s eyes, Her lost in his Amazing blue’s and him lost in her beautiful brown ones.

“T-thank you,” She dicho her voice shacky from the electicity between them.

“No problem,” He dicho still lost in her eyes.

“What’s your name?” She asked.

‘Well thank you, Damon” She dicho gratefully, turning to leave.

“Wait, What’s your’s?” He asked desperate not to see her leave.

“Elena..” Tunring to him, her eyes shining.

“Well your welcome, Elena” he said, turning to leave, untill she says:

and stops him in his step, he hesitates and says with confidence:

This time he does leave, Elena watches him go wondering who this man really was and how she feels that they know each other.

A/N Thank tu for reading! And please forgive my spelling!

Merzyy
TheExcorcist, McAdamsFan and 9 others like this
Roxxi_luv_Vamps YAY!! Loved it! Sweet Damon :D!
bvale211 Merzy! Like I Said Before...Loved It (Still Reminds Mee Of Stelena In The Beqinninq Thouqh Haaa)
hsm3-fan i Love it! :) No Wonder u read so much fanfics :P U wanna make ur perfect! :D and it is! ;)
epicdelena4ever LOVE IT!!!
fangs286 this is awsome1!!!!!
Terri1313 This is really good!!!:) I loved it! You should definetly post some more! I enjoyed reading this! I love Damon!!!:) 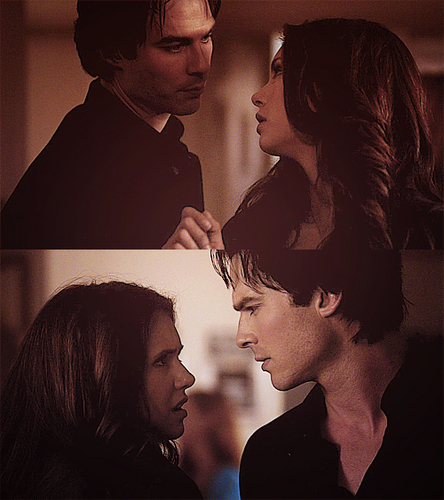 6
If tu want to forget it happened, fine. But I can't.
added by Nibylandija
Source: Me (Nibylandija) 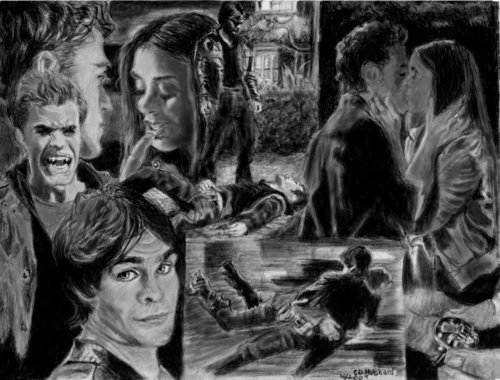 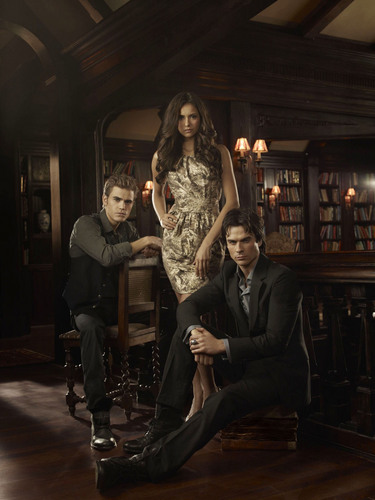 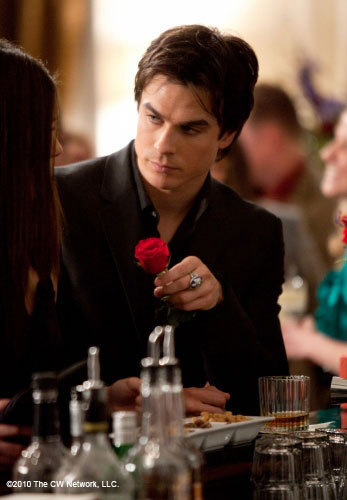 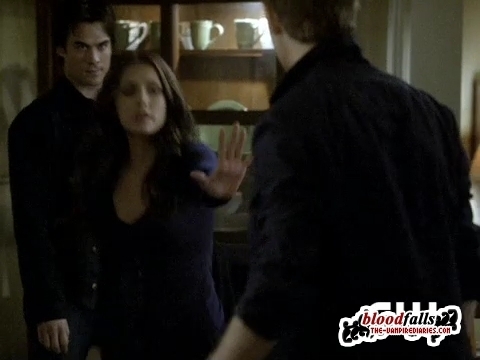 First of all, This is NOT some romantic movie. This is a VAMPIRE show, With blood and danger!!!
The main couple is should have a sexy and dangerous romance not a fairy tale romance!!!
For the Stelena fans that think Stefan and Elena have a perfect relationship (Always happy and never argue), No couple is perfect, Every couple agrues, It's not normal that they don't. It's almost like Elena depends on Stefan because he was there when she was depressed(After her parents death). He's her seguro place and she's afraid to loose that. Im not saying that she doesn't amor Stefan, I'm just saying i think...
continue reading... 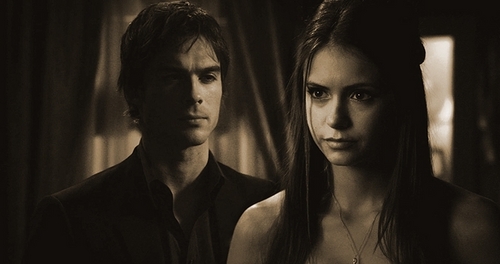 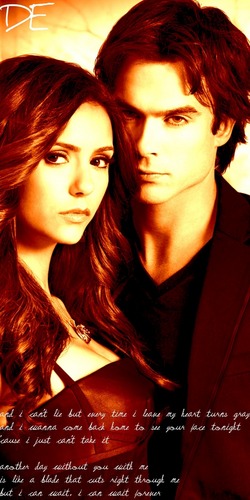 17
Delena; kiss me under the rain.
added by caroline_CKT