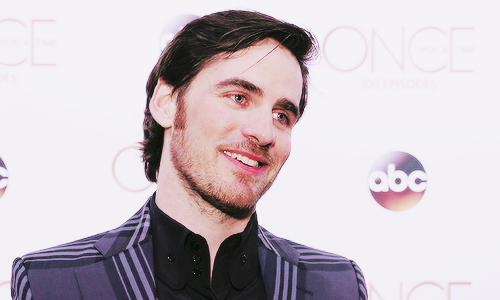 A native of Drogheda, Ireland and a graduate of the Gaiety School of Acting in Dublin, Colin O’Donoghue’s early career consisted of predominately theater and television work in Ireland and the UK.

In 2003 O’Donoghue won the Irish Film and Television Award for Best New Talent for his role as Norman in the made for TV movie Home for Christmas. Soon after, he had stints on Proof, Fair City, the miniseries Rebel Heart and The Clinic for Irish Television. He appeared in Season 3 of the hit Showtime series The Tudors, as Duke Philip of Bavaria, where he caught the eye of many industry followers.

In 2010 O’Donoghue decided to head to Los Angeles. Upon arriving in Hollywood he landed the lead role of Michael Kovak, working alongside Academy Award winner Sir Anthony Hopkins in the New Line Cinema feature, The Rite. He can also be seen in Johannes Roberts’ film Storage 24, opposite BAFTA winner Noel Clarke.

O’Donoghue is the lead singer of the Irish band The Enemies. Even though the band is not signed to a record label, they have found success. They were commissioned by General Motors to record tracks for their Chevy Route 66 online campaign. They also worked on the music for Coca-Cola’s 5BY20 project, and their song "Sustain" was featured on DirectTV’s 3D surfing documentary series, Gone Until December, in the U.S. in 2012. In addition they co-wrote and recorded the theme for the 2012 animated European TV show, Max Adventures.

O’Donoghue currently resides in Vancouver, Canada, where he's filming as Captain Killian "Hook" Jones for Once Upon a Time.