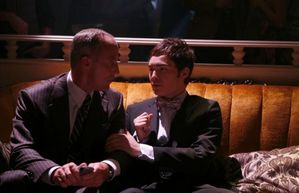 Nate: Aren't tu curious what it says?
Chuck: I think I can guess. You're a disappointment of a son; I'd die of embarrassment if I hadn't already; why do tu wear so much purple?

Blair: Dear Son, I know I've always been hard on you—
Chuck: True.
Blair: —but my goal was always to prepare tu for this day. To help tu go from being a boy to a man.
Chuck: An Italian au pere took care of that.
Blair: Chuck, please. Sadly, there is nothing like the passing of a father to aid in this rite of passage for his son. Ultimately I do feel that I did my job and tu are prepared for this siguiente chapter of your life. Therefore I am bequeathing to tu the majority share of bajo Industries.
Chuck: Surely that's a mistake.

Jack: Chuck, your father wouldn't have wanted this.
Chuck: Dear old Dad? Unfortunately all I know is what he didn't want. Which is me.

Chuck: My father is someone who goes after what he wants, and Lily camioneta, van der Woodsen was no exception. In typical bajo man fashion his pursuit was direct, and at times not exactly subtle. One thing I learned about my father?s courtship of Lily is the importance of perseverance. That in the face of true amor tu don?t just give up, even if the object of your affection is begging tu too. And one thing I learned from Lily is the importance of forgiveness. She gave my father the gift of a segundo chance and in kind I watched him become someone actually worthy of that gift. And one día I hope I?ll be lucky enough to find someone who will do the same for me. To the happy couple

Chuck: If I had a nickel for every time I heard that.
Bart: That's enough Chuck.

Gossip Girl: Looks like the pot calling the kettle black has young bajo boiling over. And if we know Chuck, he's not one to let things lie. Someone pour that man a drink. 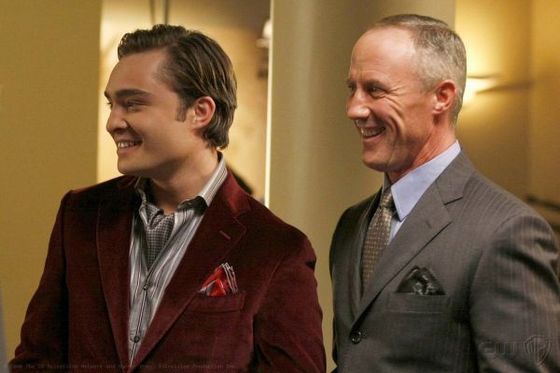 Disclaimer: I don’t own Gossip Girl.

Summary: 'Pretend like tu never get sad and all tu care about is making más money.' After Blair’s words his father visits Chuck and shows him past and future, leaving him to make a decision. Chuck/Bart Chuck/Blair

I updated Sparks earlier today and since I’m so excited for 3x12 after promo and spoilers I wrote this fic. It’s what I would like to see happening in siguiente episode, well part of it since it would be too long to put everything in it. :) I should be studying for my tomorrow...
continue reading...