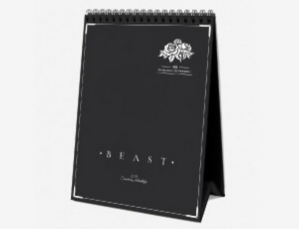 BEAST 2015 SEASON’S GREETINGS — ‘From Past To Present’ 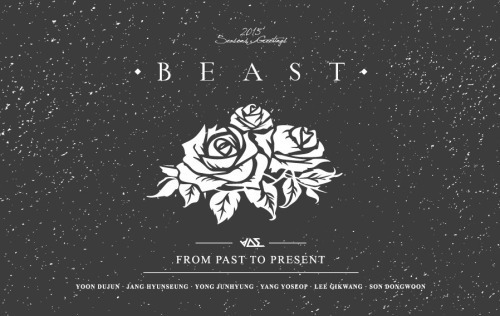 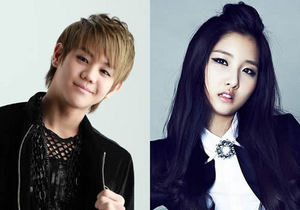 Though arguably overshadowed at the time of 4minute’s debut as a musical group, leader Jihyun has been catching the widespread attention of fans and netizens for her actuación debut and natural beauty. In fact, the latter subject became a hot topic on the Lunar New Year’s special on MBC’s flor Bouquet, as Jihyun was complimented for her internet fame as the “natural beauty terminator.”

Amid the praises however, B2ST’s Yoseob boldly stated the opposite, telling Jihyun that she actually looked better with make-up. Before anyone gets up in arms about the insulting implications of his...
continue reading...
2
ALLKPOP's Review “Fiction And Fact” por B2ST (Not Mine)
posted by kpopeverlasting
( I DIDN'T WRITE THIS, THIS IS FROM ALLKPOP )

On May 17th, B2ST released their first full-length album, “Fiction And Fact“, and save for an unplugged version of “Lightless,” all of the songs on B2ST’s new album are brand spanking new.

So how did they pan out?

Let’s find out, shall we?

To say B2ST have come a long way from their 2009 debut is something of an understatement....
continue reading...
4
KARA’s Hara & B2ST’s Junhyung confirmed to be in a relationship!
posted by nurulakmar 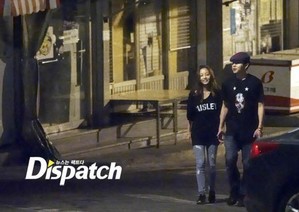 KARA’s Hara and B2ST’s Junhyung have been revealed to be dating!

On June 28th, Cube Entertainment announced, “They had a senior/ junior relationship until they began dating. They’ve been dating for about a mes now. When Hara was going through some difficult times, Junhyung consoled her. Because of their busy schedules, they’ve only been able to go out to eat and other dating activities three times so far.”

DSP Media also announced, “They do have good feelings towards one another, but they’re still getting to know each other. It’s only been a mes so far. Please watch over...
continue reading...
3
Elementary school complains to Cube about causing a ruckus with Hara-Junhyung dating reportar
posted by nurulakmar 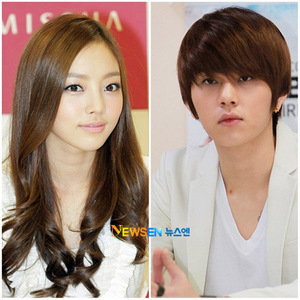 After news broke out about the relationship between B2ST’s Junhyung and KARA’s Hara, Cube Entertainment received an unusual call from a disgruntled elementary school.

Reportedly, the label picked up a call from an elementary school’s representatives, who complained that the dating news wrecked their students’ ability to concentrate in class.

Representatives revealed, “We did not intend for news to get out like this, but news of their relationship had already been reported. We were quite surprised to receive a complaint from an elementary school. According to them, there were many students...
continue reading...
4
B2ST talks about being compared to 2PM & Big Bang
posted by Bubblepop00 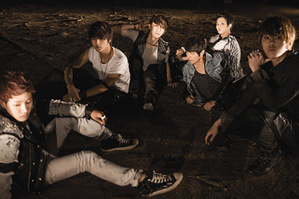 B2ST has been named the strongest competitor for Big Bang and 2PM thanks to their reciente streak of success, but the boys themselves don’t think so.

In an interview with E Daily, the members of B2ST opened up about their competition and the direction of their career. The boys began, “We’ve been really happy lately, and have even begun wondering whether we’ve ever received such amor since our debut.”

On 2PM and Big Bang, they revealed, “A lot of people compare us to Big Bang and 2PM and say that we’re at the height of our fame. Although we feel good hearing that, it’s also scary....
continue reading...
1
B2ST tops album pre-order charts in Japan!
posted by Bubblepop00 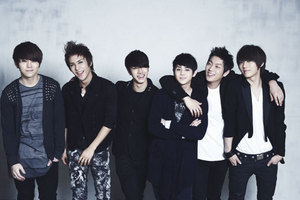 On January 25th, fans noted that B2ST had locked down the parte superior, arriba two spots on the chart with their “SHOCK [CD + DVD] Limited Edition C” at #1, and “Limited Edition B” at #2.

But it’s not just their CDs that are carving niches – B2ST’s first DVD, ‘SO, BEAST – THE CLIPS’ placed 5th on the chart.

Considering how the group managed to land 50% of the slots in the ‘top 10′, many are commenting on the...
continue reading...
6
B2ST, 4minute, and G.NA officially appointed as ambassadors of Korean airport
posted by nurulakmar 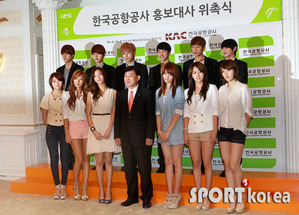 All 12 Cube artists attended a simple ceremony on July 6th, where they were presented with certificates to mark their status as ambassadors.

“The dynamic image of Cube’s Hallyu stars match well with the soaring image of Gimpo International Airport,” the KAC dicho in an official statement.

“Especially at this point when Asian stars go on to become world stars, it’s very meaningful that our artists become ambassadors for the nation’s airports,” a representative for Cube remarked.
2
BEAST/B2ST - Shadow Lyrics ~♥
posted by Ieva0311 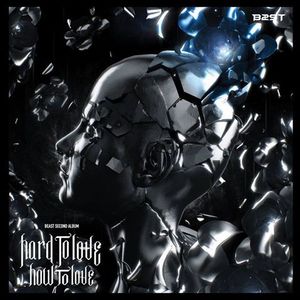 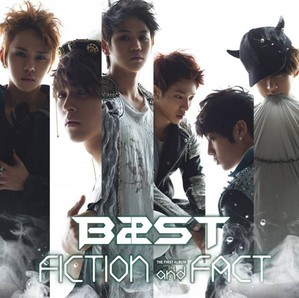 On May 17th, B2ST released their first full-length album, “Fiction And Fact“, and save for an unplugged version of “Lightless,” all of the songs on B2ST’s new album are brand spanking new.

So how did they pan out?

Let’s find out, shall we?

To say B2ST have come a long way from their 2009 debut is something of an understatement. It has taken them several mini-albums and overcoming...
continue reading...
You Might Also Like... 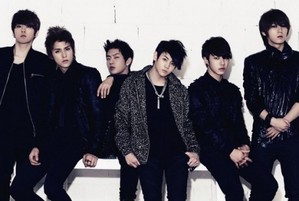 Having just released their debut Japanese album ‘SHOCK‘, the boys of B2ST already accrued immense popularity from the public, as the album climbed to segundo place on the Oricon Weekly Chart.

Oricon Style stated on their official site, “In just one week, B2ST’s debut album ‘SHOCK’ had sold 29,000 copies, which placed them segundo on the Oricon Weekly Chart. The group has set a new record for debut album sales not only in Japan, but in all of Asia.” 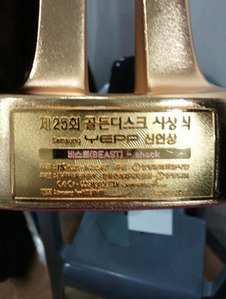 After the initial shock has worn off from winning the ‘Rookie Award’ from the “2010 Golden Disk Awards” last night, the boys of B2ST took to their Twitters to express their feelings.

Leader Doojoon tweeted on December 10th, “Ever since I was little, I always made sure to watch the ‘Golden Disk Awards’ every año with my older sister. It’s amazing being able to stand on that stage now and even win an award! It was so very cold, I would like to genuinely thank all of the B2UTIES that came to support us!!^^”

Lead vocalist Yoseob uploaded a picture of the trophy with their group name engraved on it, and wrote, “The best“. He continued, “We won an award at the ‘Seoul música Awards‘, and now at the ‘Golden Disk’… I feel like we’re properly being awarded our rookie awards. I feel so proud.”

Lee Ki Kwang, ever the sweetheart, thanked his family on December 9th with, ”I amor you, mother… I amor you.”

Congratulations, B2ST!
6
B2ST is the only rookie group to pass 100k in album sales this year.
posted by Bubblepop00 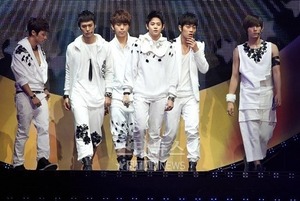 According to information revealed por the album sales research site Hanteo, including B2ST’s debut album in October, the group has released a total of four albums to date, recording 106,007 copies in sales from January 1st through December 10th of 2010.

Out of all of the groups that debuted a año ago, B2ST is the only group to have achieved such a feat. Their fourth mini-album, released on November 8th, has sold 35,350 copies thus far and is still holding on in major música charts with the title...
continue reading...
3
B2ST wants tu to give their dance mover a name!
posted by Bubblepop00 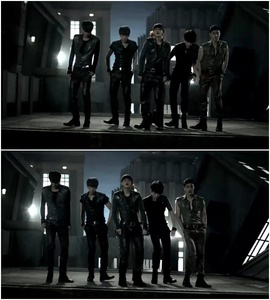 B2ST wants tu to give their dance mover a name for their song “Fiction”!

After releasing their album on May 17th, B2ST has been ranking #1 on various online música charts.

Along with that, B2ST has another happy dilemma. In a portion of their música video, there is a part when B2ST has a dramatic and powerful dance move. Fans, after deciding that it was the highlight part of the video, were suggesting various names for the dance on various message boards.

On May 18th, Cube Entertainment made an official statement about the name of the dance move, “The company has made a name for that dance but after seeing the various suggestions that the fans have sent us, we decided that the name will be decided por the fans.”

They explained, “By escritura your suggestions on B2ST’s official homepage, fan page, o the member’s personal Twitters, we will pick the best and most popular name for this dance”.

Pretty cool treat for the fans, make sure to pitch in your ideas!
1
B2ST’s Doojoon releases teaser for encore concierto
posted by Bubblepop00 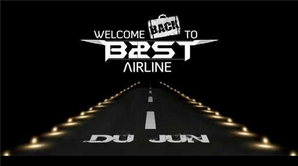 B2ST has revealed the first part of their series of teasers for their upcoming encore concert, “Welcome BACK to B2ST Airline.”

Leader Doojoon’s teaser was uploaded through their official YouTube channel and fancafes on January 12th and features a narration of his thoughts on their first concierto last year. In the teaser, Doojoon states, “I was excited. I looked adelante, hacia adelante to it. Honestly speaking, I was kind of nervous and also scared. It was a happiness I felt for the first time. The best moments that can only be felt on stage. I want to feel it again.”