2
Alpha and Omega life after the movie V.
posted by DevilsWrath
As we left off Humphrey, Winston, Garth, Tony, Lucas, and Mark had arrived at Hunters original pack.

They walked up to the pack leaders ledge to find Hunter and what looked like his father to be laying down on the ledge. "Sir!" Says the tougher looking Alpha Elite. "Yes?" Asks Hunters father as he stands up.

"We found these one walking into our territory looking for him." Says the scrawny Elite pointing his paw at Hunter. "Humphrey?" Asks Hunter. "Yeah." Responds Humphrey. "What are tu doing here?" Asks Hunter suprised.

Humphrey shows his fangs and starts to growl. "No. If he beats tu he owns you." Says Hunter. "He won't beat me." Says Humphrey. Hunters father then takes advantage of this moment and trys to attack Humphrey.

Humphrey stops and calms down. Skar does the same. "What is the meaning of this?" Asks Skar to Hunter. "Well if tu would let me decide where I want to be we would be just fine." Says Hunter. "

I don't mean to intrude but even tu couldn't control his life. I let kate do as she wished. That is her mate tu were fighting just now." Says Winston. "So then. What is your decision?" Asks Skar. "I want to go back to Moone." Says Hunter.

"Very well." Says Skar. "But tu will allow us to continue our fight." Says Skar. "Don't worry. I'll be fine. Go ahead of me." Says Humphrey. Hunter looks at Humphrey then nods. "Lets go." Says Hunter.

They all leave. Humphrey continues his fight with Skar. Humphrey leaps up over an attacking Skar. "You are better then I thought." Says Skar. "I owe it all to Kate." Says Humphrey. Skar then leaps to behind Humphrey and holds him on the ground.

"Give up." Says Skar. "Nope." Says Humphrey as he rolls. He then kicks Skar in the stomach. "I don't go down that easy." Says Humphrey. Skar leaps at him recklessly. Humphrey moves to the side and kicks him.

Skar then lands on the edge of the alphas ledge. Skar is hanging por two paws. "Hang on!" Yells Humphrey towards Skar. Humphrey then goes to the ledge and tries to pull Skar up. But he couldn't alone.

(By the way there are small spikes under the ledge.)

Humphrey yells at the Elite Alphas to help him. They run over to him and start to help pull Skar up. They get him up but he is weakend from having to hang from the ledge. "I am in debt to you." Says Skar.

"I am not part of your pack. I will not become a slaver. I would prefer that tu all stop this slaving though." Says Humphrey. "You defeated the alpha leader. That would make tu leader." Says Skar. "I accept. But I will declare no más slaving. Also that these rules can not be undone por any other leaders. I now resign my position as alpha." Says Humphrey.

Humphrey then starts to run but he suddenly falls. He got a hurt paw in the fight. "Ow! I think my paws broken o spranged." Says Humphrey. Skar walks to him. "It is spranged. It should heal soon. A día o two." Says Skar.

"Ok. I could use some help getting back to my pack." Says Humphrey. Skar orders the Alpha Elites to help him. They grab a near por árbol branch that looks like a small sled. "We can carry him on this." Says The bigger Alpha Elite.

They mover Humphrey on to the sled like branch. They then start to pull him to his pack. They make it to the middle of the forest to find Winston, Garth, and Lucas coming for him. They start to help pull him to the pack doubling there current speed.

They all make it to the pack but the Alpha Elites leave at the edge of the woods. "I at least made slavery banned there for good." Says Humphrey. "Well it is intresting like that. I suppose they will learn to cope with it though." Says Winston.

They take Humphrey to his guarida, den and pull him por kate gets him off and removes the branch from the den. "Thanks guys." Says Humphrey. They nod and leave. Humphrey crawls por Kate and brushes up against her and falls asleep.

Kate awakens to find Humphrey lying in front of her brushed up against her. Kate smiles. "Humphrey." Says Kate gently. Humphrey wakes up. "Kate. I am glad to be back. Time to see if my paws healed." Responds Humphrey.

Humphrey stands up and tries to walk but he falls to his knee. "Nope. It hurts." Says Humphrey in pain. "Come. Lay down. It is a spranged paw. tu should be fine por tommorow as long as tu don't walk any where." Responds Kate.

"Ok. But how am I to have fun?" Asks Humphrey. "We'll find something Humphrey." Replied Kate. Kate then gave him a kiss (Also known as a lick for wolves.) on his snout and left to go hunt for food.

Humphrey looked at the pups then closed his eyes. Mean while Kate is on a small prairie like area. She sees a small cairaibou and starts to stalk it. She gets close enough and jumps. She misses but quickly jumps again and lands on the cairaibou and takes it down.

"Alright." Says Lucas. Lucas turns around and leaves. Shortly after Kate walks in with the cairaibou. The pups go and eat. Kate brings Humphrey his share of the food. "Thank you." Says Humphrey. "Your welcome." Says Kate.

Humphrey then eats and falls asleep shortly after. The pups go to Blaze's guarida, den to spend the night. Kate cuddles up against Humphrey and falls asleep. But before that they all say good night.

The End.............
ThetrueBalto and ecology like this
ecology that was good.... i liked it .. good job
DevilsWrath Thank you. Sorry for late reply. 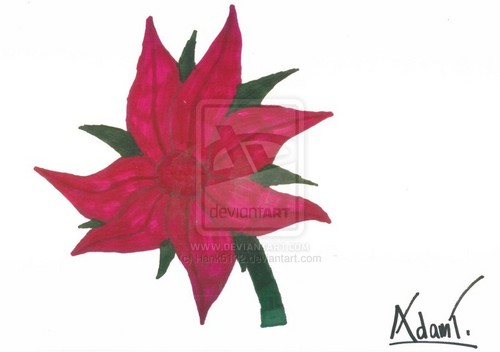 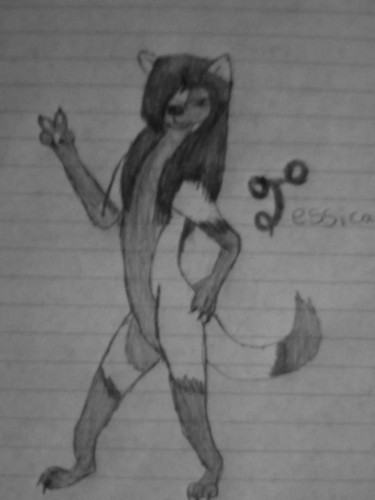 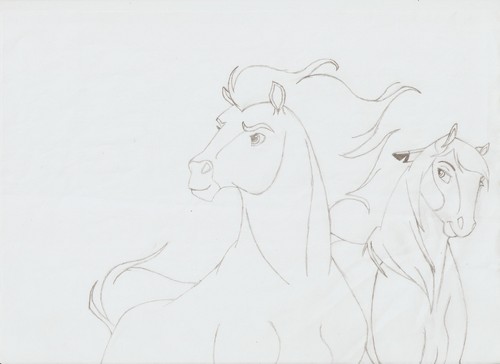 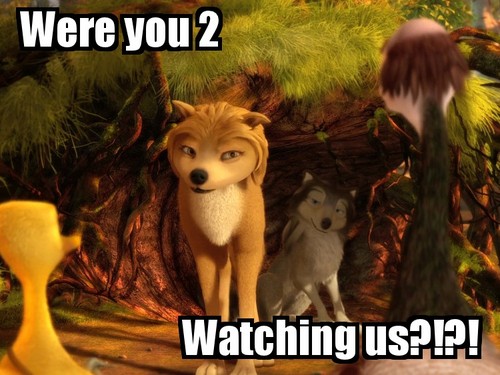 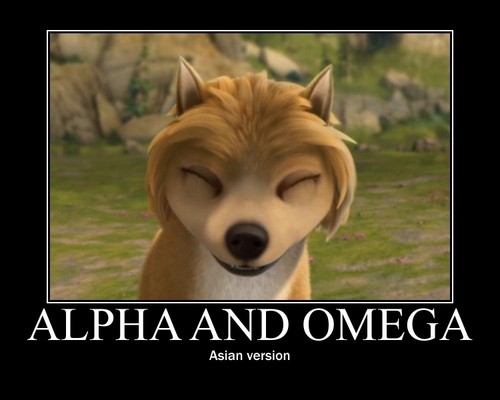 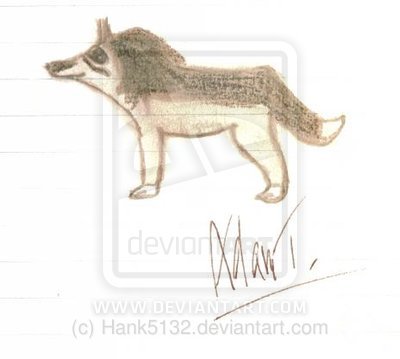 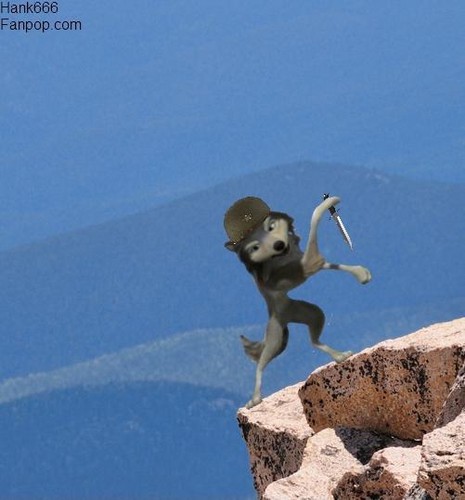 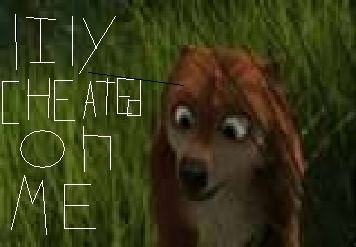 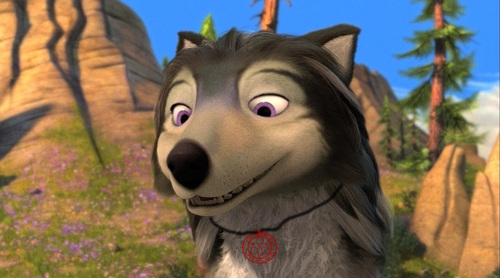 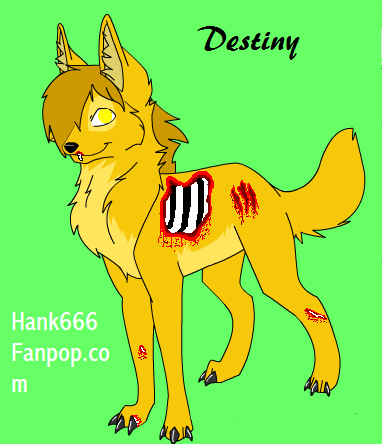 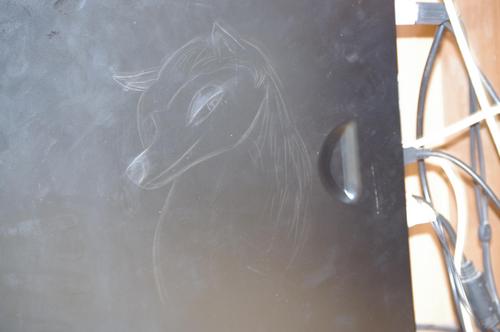 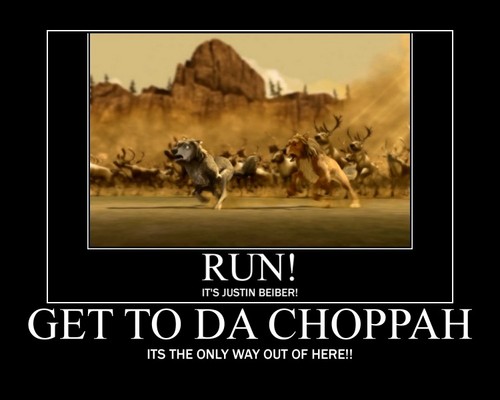 4
kates a badass
added by Katelover812 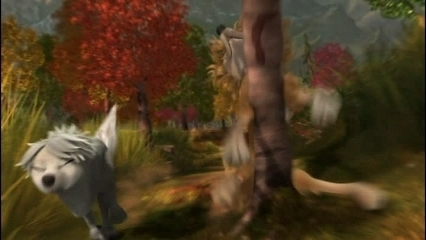 3
lily looks like she barfing and kate ran into a tree.... fun
added by SurferChic 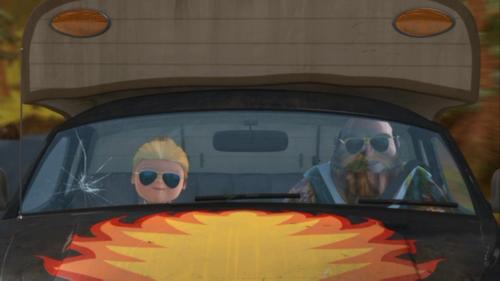 3
The old rockin'!
added by Knittenqueen 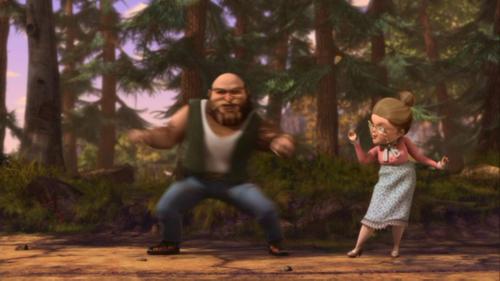 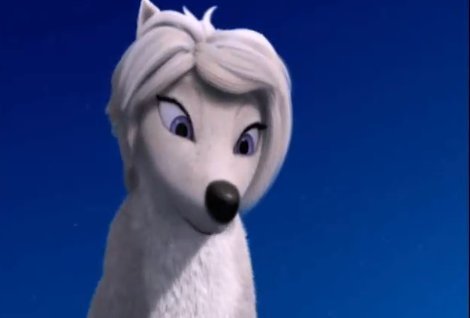 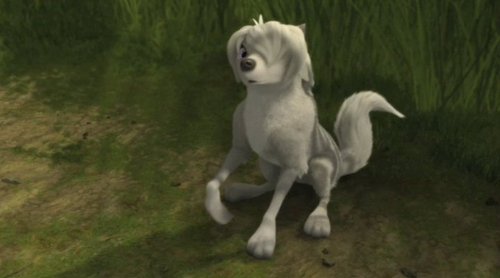 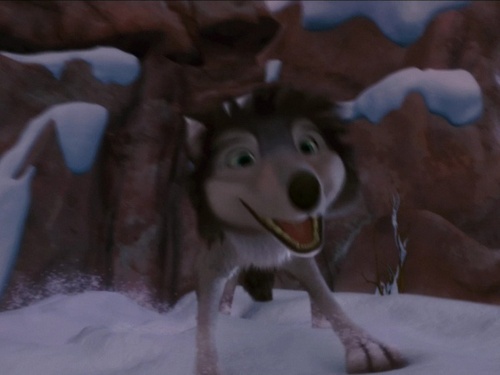 2
lots of Humphrey
added by katealphawolf 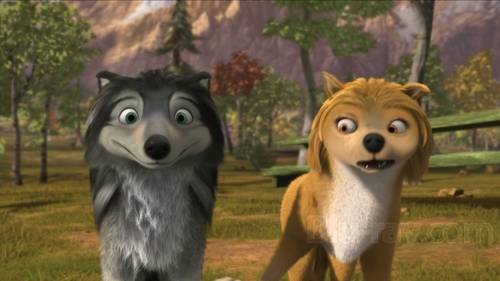