the consenquences of seperation part 6
posted by Mclovin_69
Wally and Becca waited outside in the waiting room, Wally tapped his foot on the ground nervously looking down at the floor while Becca sat with wathcing Wally tappig his foot. Becca began to get frustrated with all this waiting, " will tu stop tapping your foot!" she whispered to him loudly, Wally looked at her with a glare, " its bad enough waiting out here in worry but now your barking at me!" Wally yelled back whispering, Becca gave him a glare and was about to say something when the door opened and the female doctor and Willow stepped out, Wally and Becca got up, " the good news she is not pregnant and doesnt have any diseases" the doctor said, " whats the bad news.." Becca asked hoping there wasnt any, " she may not recover from what had happened, she could be tramatized for life" the doctor said, Willow looked at them with fear in her eyes, Wally and Becca looked at eachother, fear was just another thing that made her powers useless.

batman and Andrew were talking in private as the others were trying to figure out went wrong and why " father" did all of this, while Wally, Becca and Joy comforted Willow.

" tu cant kick Willow off the team!!" Andrew shouted, batman stood there, " well without her powers she is rendered useless and unless tu can untramaitze her shes off the team.." batman dicho with his bat glare, Andrew gave him a glare, " were going to try.... and she will come through" Andrew dicho and turned away from batman and walked out of the room, even though he knew he was getting his glare he kept walking.

Willow had agreed to training the siguiente day, though considering she had gotten no sleep last night everytime she closed her eyes Aero was there smiling evily. Becca sat on a yoga mat siguiente to Willow, " now focus..... watch what im doing" Becca said, she put her hands together and her eyes began to glow and she levitated off the ground, Willow followed as she did she was very unsure of herself, she put her hands together and clentched her eyes closed then she opened her eyes they were light blue she was floating only inches off the ground, Becca floated down to the ground gentley and saw Willows progress, " good your doing i-" Becca exclaimed but didnt get to finish when Willow fell to the ground and tears sprung from her eyes. Becca ran over to her and rubbed her back as Willow covered her face with her hands sobbing, " i-i cant do it!" Willow exclaimed taking her hands off her face finally and looking Becca with tears flowing down her cheeks, Becca hugged her, " tu can i believe in you...." Becca dicho continuing to hug her dear sister.
KatRox1 awwww! willow, get better!!
Kurls_Basd awwww that is sooo sweet
Mclovin_69 XD
robins-gfriend Me/Eclipse: Thats it i'm killing aero *robin hanging onto my cloak trying to drag me in oppisite direction* Robin: No we don't go around killing people Me/Eclipse: WE DO NOW!!!! MUH HAHAHAHAHAHA!!!! *thunder and lighting in back ground as i say that XD*
Mclovin_69 LOL XD
Kurls_Basd any body need help getting rade of aero cause i want to help
YJTTFAN ^ YOU GOT IT!!!!!!!!!! -Data
Kurls_Basd OK Mclovin_69 uhhhhh please don't take this the wrong way but i was at school asking some of my classmates how long it takes for a girl to find out where she is pergant or not some said 5 weeks some said 2months but what i concluded is that a girl cannot know that she is pergant in just a few days.........please do not take this the wrong way i was just trying to help
Mclovin_69 oh i know its just i wanted to keep going i dont like getting into details
Kurls_Basd kk

6
Not YJ but still cute!
added by Robin_Love

2
Race to the finish
added by Codby
Source: por spazzcase 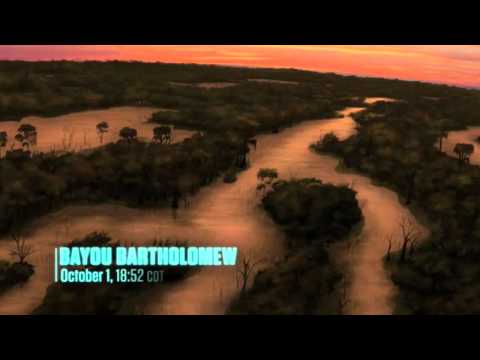 When I got to my tumblr I was just like I always scrolling down looking at amusing pictures of things when I came across a Young Justice post.

I started to have a mini panic attack google buscar because what I read was absolutely horrifying when I read that the siguiente (or one of the next) episodes entitled
"Misplaced"
The descripción was leaked.
And dude. I'm about to wet my pants. So I warn you. All of you. (Especially Robin_Love)

Title: Misplaced...
continue reading...
Soul II
posted by justjill
I opened one eye and expected to see my usual panda cama sheets and beside me a pile of story libros but instead I saw handle bars...Odd, I don't remember installing handle bars at the side of my bed. Never mind, I wake up later to ask mom...Wait a minute-I quickly shot out of cama and looked around. Where am I? The walls are so white, why am I in a hospital? I must get out of here. "Ouch!" I yelled I looked at the slash down my chest, it was sewed up but it still hurt."You should get some rest, but since you're up, start talking." I turned around towards the window, someone who looked quite short...
continue reading...
parte superior, arriba SECRET! Sequel to Revenge Series
posted by 66Dragons
Prequel Series: Revenge Series
Link- link

Until I can get a longer article:
fhijshihdjdjxjdjdmcmcmccmcnjcncmcmcmcmcncncnjdndjdnndndndjdndndndnndndndndndbdbhscgushguysdgcuwdgcuywdgcuywdgugwcuhgwducgwuywdcghuwgcuwgcuywdcguywdgcwudcguywdcgwudcgwudgcuywdgcuywdcguywdcguywdcguhwdgcyuwddcguwdcuwdgcuywdgcuywdcgyuwdgcwyudcgyudwcgyuuu
9
Them YJ boys bringing Sexy Back
posted by Skittles98
"Aqualad, what's the siguiente song?" Aqualad gave him along, measuring look, but then pulle the siguiente slip of paper out.

Artemis burst into a fit of laughter. Even Miss M looked amused. Artemis was gasping for breath, ignoring the nasty glares she was getting.

"We're NEVER gonna live this down," moaned KF. The rest of the guys looked just as grim. Their mentors would laugh at them, most definitely.

"What, if we actually do this song right?" dicho Speedy slowly. "We could make this song not sound ridiculous for us. If done right, this song could be very...
continue reading...
More Cards
1234567891011