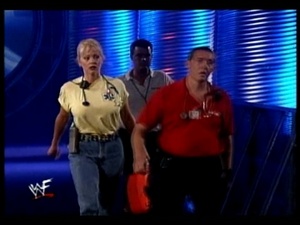 A couple of months before her official debut in the WWF, Kathy Dingman got herself a unnamed role as an on screen EMT to play a nurse when a superstar got injured. 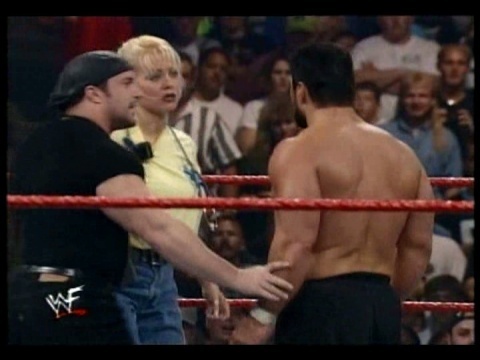 REXDART she is the greatest "What if" Diva ever. 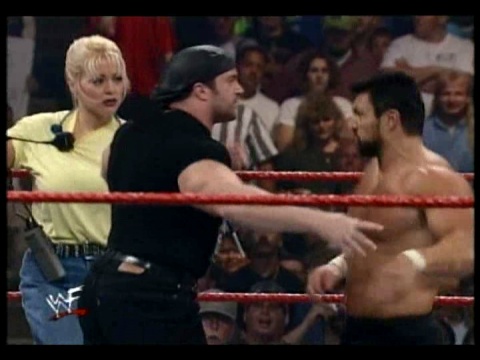 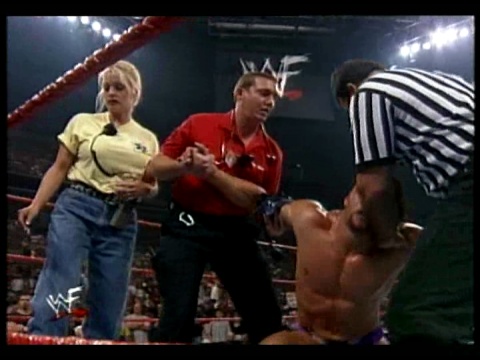 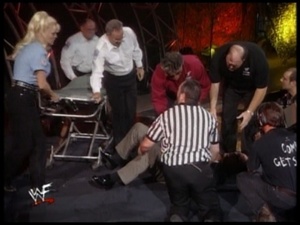 Much like her last Pay Per View appearance, Kathy played the role of a unnamed EMT. She came out to help out the injured "The Rock" after being attacked por Triple H!

The fans were heard to pop as she walked out but whether they were cheering for her is hard to tell. It would not be long before fans of the WWF knew más about the EMT with an unfortunate incident during Thanksgiving on Smackdown! involving her and WWF diva Ivory would see her gain a higher perfil in the Federation! 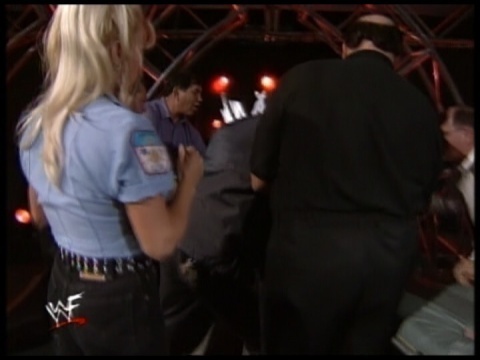