5
The Pursuit of Happiness - Epilogue
posted by kbrand5333
Part 35: link

June 22, 2013. Guinevere’s 75th birthday.
“Hello, Baby,” Gwen says, tilting her cheek up to receive a kiss from Elliot.
“Hi, Mom, happy birthday,” he says, bending to kiss her cheek.
“Happy birthday, Grandma!” his eight-year-old son, Mateo, comes barreling in, hugging his grandmother.
“En Español, mijo,” his mother, Claudia, reminds him as she walks in behind him.
“Feliz cumpleaños, abuelita,” Mateo sighs, and Gwen smiles at him. She knows how important it is to Claudia that her son keep up with his Spanish. As he’s gotten older and been in school, he speaks it less and less, so she reminds him frequently.
“Muchas gracias, Mateo,” Gwen answers, besar his forehead. “Claudia, are those tamales I spy?”
“Sí. I know they’re your favorite.” Claudia sets the crockpot full of homemade tamales on the counter and plugs it in so they stay warm.
“Elliot, why weren’t tu carryin’ that for Claudia?” Gwen scolds.
“Because I don’t trust him not to drop it,” Claudia laughs.
“Where’s Dad?” Elliot asks.
Gwen sighs and looks at the ceiling. “Oh, he spent all week practicin’ on that Mario Kart, goin’ on about how he was goin’ to ‘take the grandkids to school,’ o some such foolishness, and…”
She is interrupted por Arthur’s booming indignation.
“Hey!”
This is immediately followed por the diabolical laughter of a nine-year-old girl. “Outta my way, old man!”
“You didn’t have to knock me off the bridge!” Arthur protests.
“Um, yeah, Grandpa, she kind of did…” an older boy’s voice answers.
“Whose side are tu on, anyway?”
“My own,” the boy respuestas calmly.
“That’s it! I’m not sharin’ my name with tu anymore, Artie. tu don’t get to have it!”
“Grandpa, tu can’t do that!” the girl exclaims, giggling.
In the kitchen, Gwen just chuckles and shakes her head. “Sounds like Rachel is the one taking her cousin and granddad to school.”

-End-
zorbaparry, mrshafiz1 and 3 others like this
ellarose88 Ugly sobbing begins as I realize that this story is over! But it ended in the perfect place. It was truly a wonderful read and it was lovely to read about Arwen's children and grandchildren. The talk between Rachel and Gwen was lovely, Gwen did a great job explaining why some people are ignorant and such. Arthur and Gwen definitely did find happiness, not only as a couple but for the happiness of others. Great job, Kim!
fdarcy What a beautiful end for a very lovely story, especially when you weave historical facts throughout your story and giving your readers a little taste of how far the United States have come and please do not get me wrong because we all know there is still a far way to go, okay enough of that. Thank you for letting us know what has happened to most of the characters, Gwaine a professor, Uther still living,Elyan died & Mogana suffering from Alzheimer’s.
KshMcKenzie This was a beautiful story thank you because you told it so well. and I love the family bond that they have and that Merlin isn't lonely. What happen with Alice and Gaius did they pass away? But anyways I can't wait to read what you write next.
MISAforever God, that was beautiful! I don't know what else to say. It was so real and easy to get into it. I absolutely loved it! Thank you for this.
kbrand5333 It is sort of understood that Gaius and Alice are dead, yes. If Uther is in his 90s and Gaius was a lot older than Uther, well... Thank you all!
arwentko1 Loved this story, as I do all of your stories. I hated to see it end but what a satisfying ending it was. Thank you Kim for keeping us entertained with your stories of Arwen. Now I'm off to read Christian, Ana, Arthur and Gwen. I see you have updated that story.
The Pursuit of Happiness - part 27
posted by kbrand5333
Part 26: link


“No, Mr. Alator, we don’t need financing, we intend to buy the lot outright. Yes, that’s correct.”
Arthur taps his pencil on his calendar Monday morning as he listens to the land developer telling him that what he’s doing is very unusual.
“Unusual, yes, but it’s possible. I have the funds, I assure you.”
He picks a piece of egg out from under his fingernail. How did that get there? “Excellent. Today, if possible… The largest of the three lots, yes… Four o’clock?...
continue reading...
The Dreams of a queen - part 3
posted by kbrand5333
Part 2: link


“That is my decision,” Guinevere states, looking out over the council. There are murmurs of dissent, anger, and disbelief, but she waits patiently until they all die down.
“My lady, are tu certain this is wise?” Lord Chadwick finally speaks up. “After all, magic is what was responsible for the king’s death.”
Gwen rises from her asiento and the council members note for the first time that she does not appear as slender as she normally does and that her dress is más flowing around her middle then is...
continue reading...
4
Fic: Guinevere's Choice
posted by ella-rose88
Title: Guinevere’s choice
Author: ella_rose88
Rating: PG
Word count: 9,401
Characters/Pairings: Gwen, Igraine, Arthur, Lancelot, Merlin, Arthur/Gwen and Gwen/Lancelot.
Spoilers/Warnings: Some slight character spoilers for series 4 (though no names are mentioned).
Disclaimer: I don’t own Merlin. If I did things would be different just a tad. There would be many A/G centred episodes and Gwen would be dado a sword and go on adventures to rescue the boys (LOL which might give me an idea for another fic)!
Summary: Gwen gets visited por a ghost who shows her the future.
Author’s notes: Set after...
continue reading...
7
The queen - part 30
posted by kbrand5333
Part 29: link


“My lady, um, the laces are not going to reach,” margarita says, dropping her hands while Guinevere sighs.
“This is the third gown!”
“Well, tu are with child,” the maid says.
“Yes, but should my gowns be too tight already?”
“Each pregnancy is different, my lady,” margarita says tactfully.
“And how would tu know?” Gwen shoots over her shoulder.
“Just what I hear,” she says sheepishly, taking the gown...
continue reading...
4
The queen - part 23
posted by kbrand5333
Part 22: link


There is a decidedly efficient knock at the door.
George. Great. “Come.”
The door opens precisely, and George strides in carrying a tray. “Dinner, your majesties,” he declares proudly, as if it was he who was slaving over the ovens all afternoon.
“Thank you, George, just leave the tray on the mesa, tabla and tu may go,” Arthur says casually, waving his hand in the direction of the table. Gwen appears in the doorway separating the two parts of their chambers, fresh from her bath,...
continue reading...
How to amor
posted by RosalynCabenson 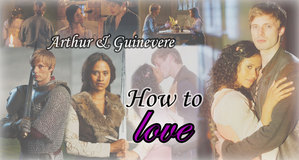 How to Love
Part one
~How to fight~

It was a bright sunny día in spring the first real spring día this year. It was just made for a ride.
Arthur Pendragon, Prince of Camelot also thought that a ride in the fields would be perfect on such a nice day.
Anyway he could really need a little distraction these times.
He has been pretty busy the last few days. There have been several council meetings, knights training and the preparation for the summer.
In additions he hasn’t seen the woman he loved, Guinevere, very often. He missed it to have her around him and he decided to take her for a ride.
But his...
continue reading... 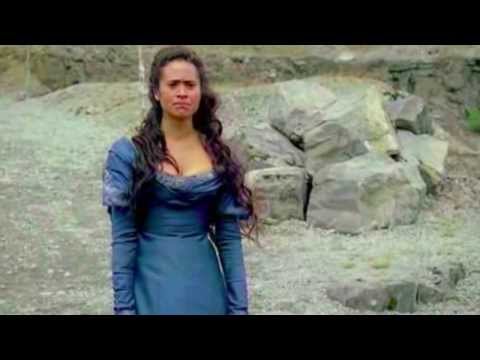 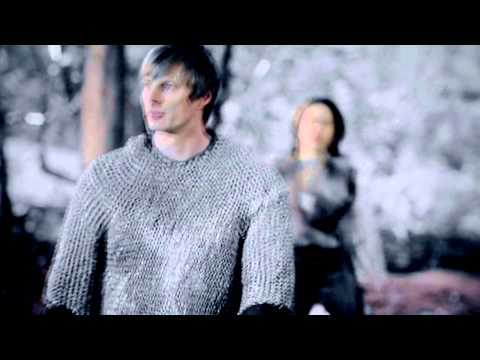 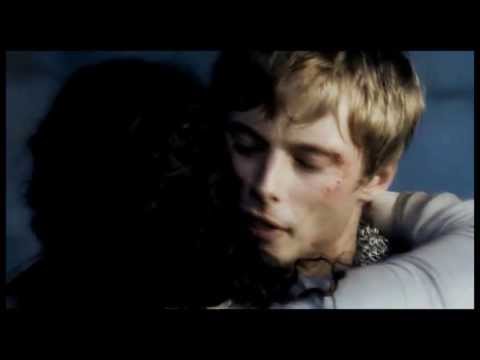 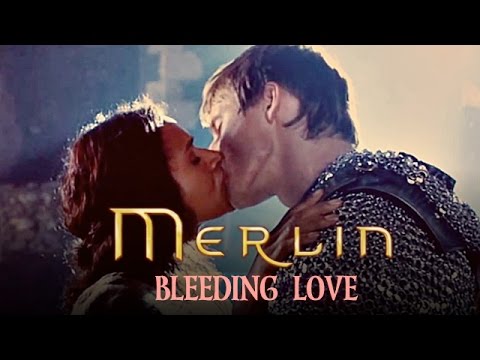 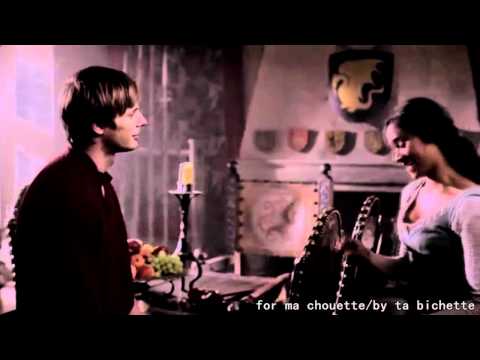 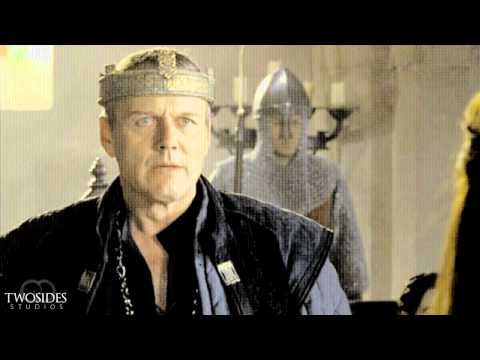 1
Uther, This Is Why tu Are NOW Up Shit's Creek
added by EPaws
Karma is a perra dude.
video
anthony stewart head
uther pendragon 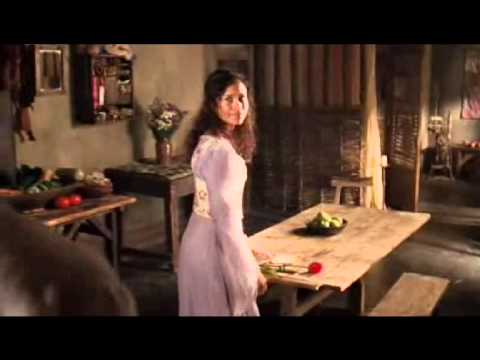 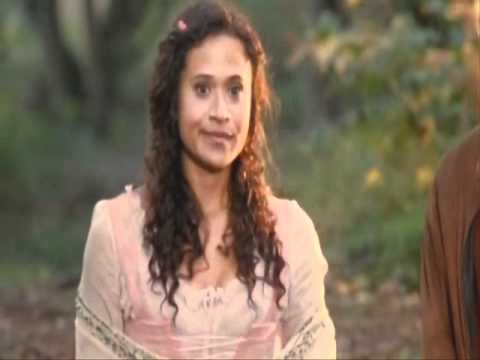 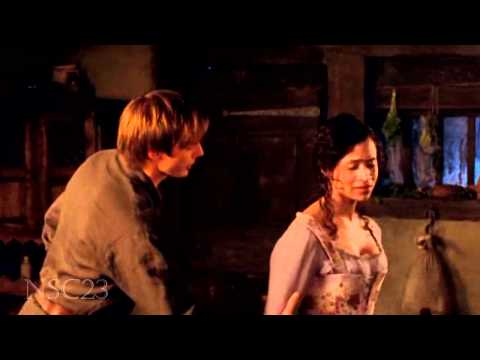 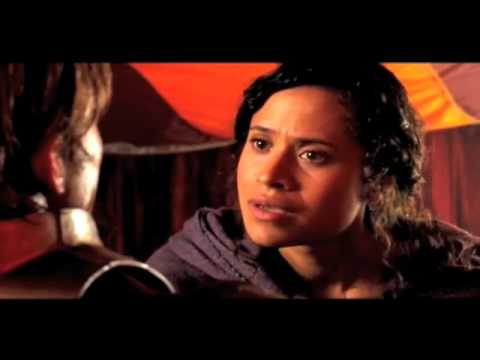